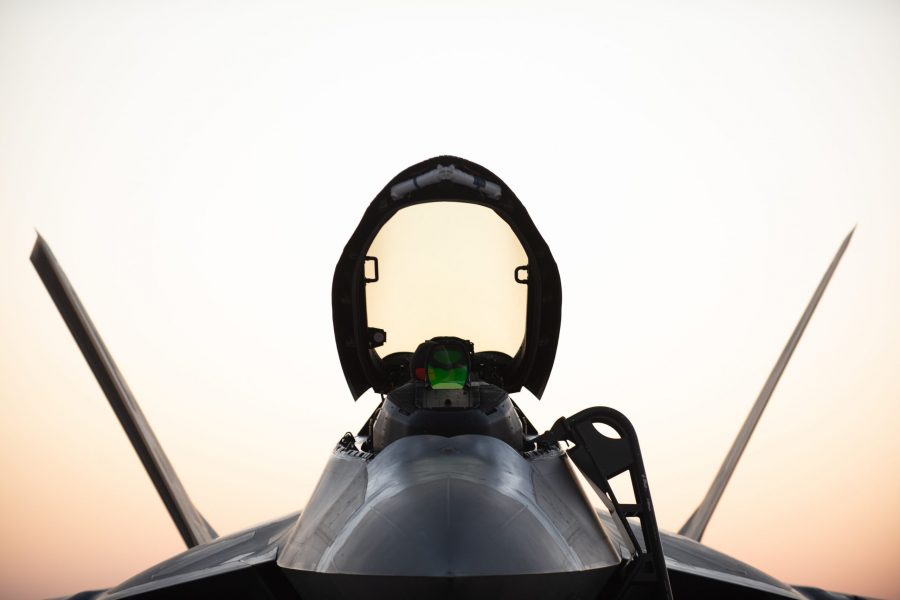 The Air Force’s fleet in fiscal 2019 maintained an overall mission capable rate of 70.27 percent, a slight increase from the previous year. Although some key combat aircraft, such as the fifth-generation F-22 Raptor, sustained low capability rates, service officials say the numbers don’t tell the whole story.

Air Force officials say the mission capable rate—a snapshot of how much of a certain fleet is ready to go at a given time—is an inaccurate portrayal of the service’s overall health. Air Force Chief of Staff Gen. David Goldfein, in a September 2019 interview with Air Force Magazine, said the service instead wants to highlight how deployable a fleet is within a short period of time.

“How many force elements do we have—fighters, bombers, tankers—across all of the Air Force, and how are we doing relative to the time all of those forces need to be ready,” Goldfein said.

For example, Goldfein pointed to the May 2019 deployment of a task force of B-52s to the Middle East. The bombers, from Barksdale Air Force Base, La., had two days to deploy, and immediately began flying combat missions, even though at the time the B-52 fleet had a mission capable rate of 65.73 percent.

The fleet of B-1Bs, long noted for anemic mission capable rates that at a point dwindled to the single digits, has recently improved, reaching a 46.42 percent mission capable rate in 2019. In recent months, USAF Lancers have deployed across the globe as part of bomber task forces, flying training missions in Guam, Estonia, and Japan. The service is addressing the health of the fleet through improved fleet management, increased maintenance, and a dedicated structural repair line at Tinker Air Force Base, Okla.

The mission capable rate of the service’s fighters became a focal point in 2018, as then-Defense Secretary Jim Mattis ordered the Air Force and Navy to improve their rates to 80 percent. The order quickly fell by the wayside, as Air Force fighters never met the mark, and service leaders moved on to other methods to measure readiness. Gen. Charles Q. Brown Jr., the nominee to be the next Chief of Staff, told the Senate Armed Services Committee earlier this month the Air Force is instead letting commanders decide whether their aircraft are ready.

“The Air Force has made improvements in the readiness of its units. However, the continued high demand for Air Force capabilities continues to impact recovery,” Brown wrote in answers to advance policy questions before his confirmation hearing. “If confirmed, I will continue the effort [Chief of Staff] Gen. [David] Goldfein has put on readiness recovery with a focus on recruiting, training, and retaining high-quality Airmen, driving down the average age of our aircraft fleets through modernization, and working with our combatant commanders on balancing current operations tempo with time for our Airmen to train for full-spectrum combat operations.”

Here’s a breakdown of all of USAF’s aircraft and their 2019 MC rates: