Skip to content
The B-21 is progressing to roll out and first flight, as the Air Force wrestles with how many to buy. Photo illustration by Mike Tuskamoto/staff, using an image by Airman 1st Class Parker McCauley.
Expand Photo 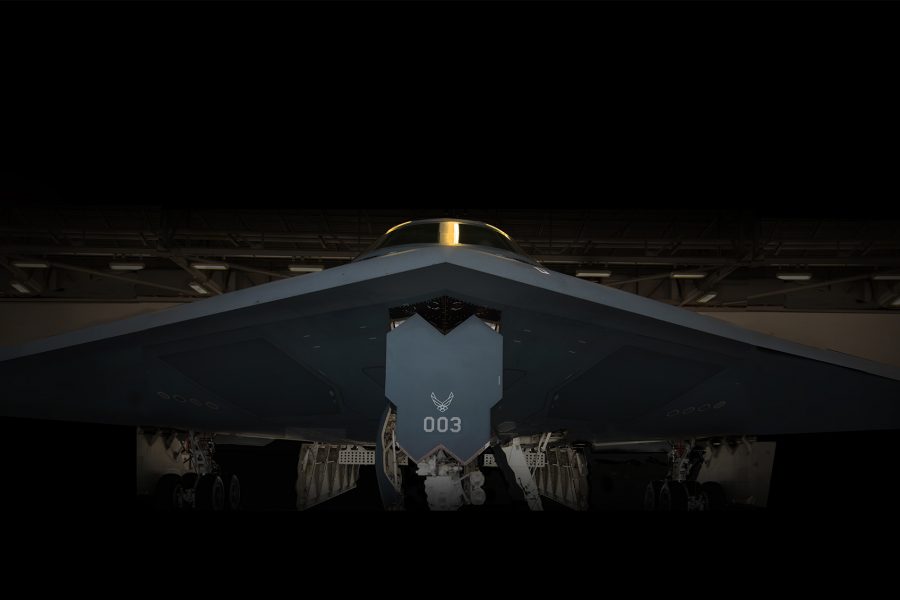 Nuclear modernization is an imperative, because the strategic environment has evolved dramatically since the last century, with more and different kinds of existential threats, senior U.S. military  leaders said at AFA’s virtual Aerospace Warfare Symposium.

“Deterrence in the 21st century is wholly different than it was in the 20th century,” Gen. John E. Hyten, vice chairman of the Joint Chiefs of Staff, explained in a panel discussion on strategic modernization. The primary reason, he said, is that “strategic attack can no longer just be defined as nuclear attack,” but could be a cyber, chemical, biological, space, or conventional attack—think hypersonic—used against a crucial target that could “cause strategic problems for the United States,” Hyten said. The National Defense Strategy states that such non-nuclear but nation-debilitating attacks may be answered “at a time, place, and [in] a domain of our choosing,” he added.

Strategic deterrence must now be viewed in the context of that posture, taking missile defenses into account as well, he added.

“It’s going to be a difficult problem,” Hyten observed, because “we’ve not fully thought it through.” The academic community which came up with the old theory of deterrence “really has not embraced this new construct,” nor has it worked through its ramifications, Hyten said.

He predicted the Biden administration’s nuclear posture review will examine the new strategic landscape in the context he laid out. But “without the backstop of the nuclear triad, it basically is all impossible” to deter an adversary with strategic capabilities, “because it starts falling apart right from the beginning.”

Modernizing the U.S. strategic deterrent is going to be expensive, Hyten allowed, but “you have to start from the threat, and the threat is significant, … and modernizing.”

Russia, he said, has just completed a 20-year modernization of its nuclear enterprise, with new ICBMs, new submarines and submarine-launched ballistic missiles, new cruise missiles on updated bombers, and all-new nuclear weapons that are not covered by any treaty. These include a nuclear-tipped hypersonic missile and a nuclear torpedo capable of destroying a larger coastal region.

Hyten said he supports the New START treaty, which the Biden administration extended by five years, “because it puts limits and a verification regime in place for the large number of nuclear capabilities, giving the U.S “good insight” into Russian nuclear capabilities and thinking. This is crucial because Russia’s new nuclear systems have to be deterred.

China also is building nuclear weapons “faster than anybody on the planet,” with brand-new ICBMs, cruise missiles, and nuclear-tipped hypersonic missiles “that we have no defenses for,” Hyten said. Lacking any arms control agreement with China, “We have no insight into their nuclear doctrine,” he added.

“Our nuclear modernization program … is late to need,” Hyten asserted. The nuclear triad of bombers, ICBMs, and submarine-launched ballistic missiles “is the minimum essential capability for deterrence in the great power world we live in today,” he said. Without “even one,” it “becomes very, very difficult for [U.S. Strategic Command] and the nation to deter our adversaries.”

The new U.S. strategic capabilities in development are the Ground-Based Strategic Deterrent, the ICBM succeeding the 50-year-old Minuteman III; the Columbia missile submarine, replacing the Trident; the B-21 bomber, replacing both the B-1 and B-2; and the Long-Range Stand Off missile, replacing the 40-year-old Air Launched cruise Missile.

However, the portfolio needs to be expanded to broaden deterrence beyond that, Hyten argued, with a new sea-launched cruise missile and “a low-yield nuclear weapon that will deploy in small numbers on our submarines,” to counter the “thousands low-yield … and tactical nuclear weapons that Russia is building and deploying,” which are not covered under New START.

“We can’t have interruptions in the program,” Hyten insisted, “because we’re starting late and … they have to be delivered on time.”

The old deterrence theories also don’t cover the possibility of nuclear-armed adversaries “cooperating with each other,” said Lt. Gen. Thomas A. Bussiere, deputy commander of U.S. Strategic Command at vAWS.

Adversaries are relying more on their nuclear arsenals for influence and coercion, and “a variety of options for … limited use.” This “requires us to rethink our approach,” Bussiere said.

The “continuum of conflict” potentially leading to the use of nuclear weapons—“from competition to crisis, to armed conflict, to limited nuclear use to full nuclear exchange” is becoming “coupled and non-linear,” he said.

Eliminating part of the traid, he believes, “would embolden our adversaries to believe they could actually employ nuclear weapons against us.”

Bussiere also noted that while the idea is to keep Minuteman ready until GBSD replaces it, that may not work. The system might suddenly become unsustainable, and “it’s really a choice of replacing them or losing them,” he said.

Command and control is “the foundational piece’ of a deterrent that can be wielded effectively, and communications is “more contested” than ever before, so it must be “much more relevant and resilient,” he said. Ray called the overarching scheme “Triad Plus” to incorporate the C3 element.

There must also be more clarity about whether the U.S. should embrace the “no first use” doctrine, Ray said, because allies depending on the U.S. nuclear umbrella need to know what the U.S. will and won’t do to protect them.

“What does ‘no first use’ mean to them? Because, if we can’t come up with that really crisp answer, they now have to entertain their own nuclear program” because they are conventionally overmatched by adversaries.

Ray said it’s possible to “put other strategic deterrent capabilities on the table that fall outside of New START” and are “more ambiguous,” but “that’s a really dangerous game.” Better, he said, to stick with a program that’s well understood and reliable.

The systems now being pursued are also more adaptable, Ray said. “It would take me years to integrate a new standoff missile into the B-2,” he said, but with the B-21, given its open mission systems, it will take me months, not years.”