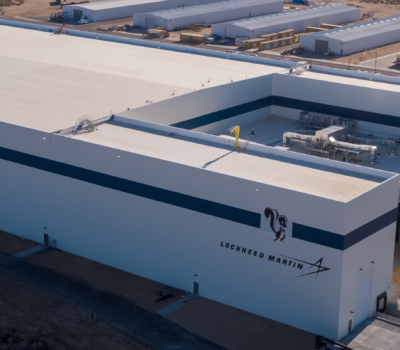 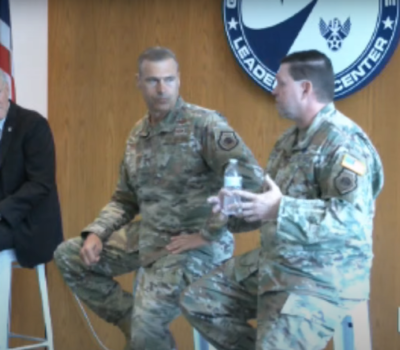 By Abraham Mahshie
A new force generation model meant to balance rest with readiness will mean different things for the Air Force and the Space Force, leaders said at an Air Force Association Air and Space Warfighters in Action event Aug. 11. The new model is not only about giving Airmen and equipment more rest, it’s also to address the National Defense Strategy's call to be ready to face a peer adversary. 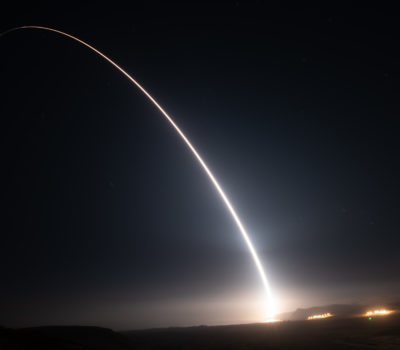 By Greg Hadley
Air Force Global Strike Command launched an unarmed intercontinental ballistic missile from Vandenberg Space Force Base, Calif., in the early morning hours of Aug. 11, sending the ICBM some 4,200 miles before detonating it with non-nuclear explosives near the Marshall Islands in the Pacific, AFGSC announced. 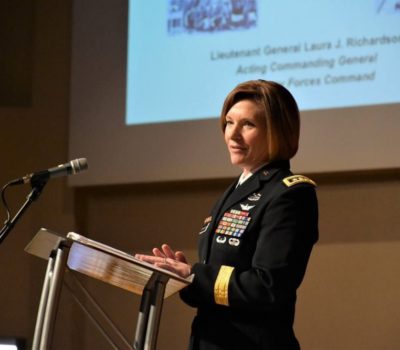 By Brian W. Everstine
The Senate on Aug. 11 confirmed a new commander for U.S. Southern Command and a new undersecretary of defense for personnel and readiness. The pace of confirmations ticked up with the approach of the August recess. The Senate confirmed Army Lt. Gen. Laura Richardson, commander of United States Army North, to receive her fourth star and to lead SOUTHCOM. Richardson will be the second woman to lead a combatant command. The Senate also confirmed former Rep. Gil Cisneros to lead DOD personnel and readiness. Cisneros, who was a Democratic representative for California’s 39th district until early this year, is a Navy veteran who served as a supply officer for 11 years.

Climate Change Is Already Disrupting the Military. It Will Get Worse, Officials Say

The Pentagon is in the midst of a massive, multi-year effort to better adapt to climate change and reduce greenhouse emissions. But the changing climate is already imposing costs on the military and even challenging how well it can prepare to fight other nation states. “In terms of current operations, we have National Guardsmen, we have Active-duty Soldiers, we have Active-duty Airmen right now participating in firefighting support efforts. So these are ... folks who are not doing a primary job,” said Richard Kidd, the deputy assistant defense secretary for environment and energy resilience.

The military’s No. 2 officer, Gen. John Hyten, wants more from the defense industrial base, saying contractors need to deliver more timely capabilities that offer “integrated deterrence.” In remarks made Aug. 11, the vice chairman of the Joint Chiefs of Staff said industry can support new concepts such as Joint Warfighting more effectively. The comments come as Hyten prepares to retire from the military in November after four decades in uniform.

The 10 Percent True YouTube channel recently had Denny Jarvi on as a guest. Jarvi was an accomplished Air Force fighter pilot who found himself descending into the shadowy black projects world in the early 1980s to help run the top-secret Battlefield Surveillance Aircraft-Experimental (BSAX) demonstrator program, better known as Tacit Blue. In the interview, Jarvi gives a frank account of many of the finer details of what is understood to have been one of the most transformational secret aircraft test programs in known history, although it is often overshadowed by Lockheed’s Have Blue stealth demonstrator that came before it.

The next “strategic directive” from the Joint Requirements Oversight Council (JROC) instructing the services how to shape future forces will focus on “integrated air and missile defense,” says Joint Chiefs Vice Chair Gen. John Hyten. As a first step, he told the annual Space and Missile Defense Symposium in Huntsville, Ala., on Aug. 11, that JROC will do a “capability gap assessment of everything in that portfolio” to be completed sometime in the fall—and which will be folded into the Defense Department’s ongoing Missile Defense Review.

Services Will Make Call on Religious Exemptions to COVID-19 Vaccines

For service members who have religious objections to receiving a COVID-19 vaccine, the path for how they might seek an exception to the vaccine is defined by their individual military service’s regulations, Pentagon Press Secretary John F. Kirby said during a meeting with the media Aug. 10. “There is a religious exemption possibility for any mandatory vaccine, and there’s a process that we go through to counsel the individual both from a medical and from a command perspective about using a religious exemption,” Kirby said.

The Times of Israel

The Israeli military announced Aug. 10 that it had completed a first-of-a-kind aerial exercise with U.S. Air Force Central Command, simulating various operational scenarios in Israel’s skies. During the drill, dubbed Desert Eagle, the Israeli Air Force’s 133rd Squadron trained alongside the US Air Force’s 494th Squadron at the Ovda air base in southern Israel, according to the Israel Defense Forces.

The Department of Air Force Gaming League is back for another season with more games and prizes while expanding the community to include Air Force veterans and wounded warriors. After an inaugural season, in which more than 15,000 Active-duty Airmen and Guardians competed, the Air Force Services Center is rolling out several initiatives to expand its e-gaming program.