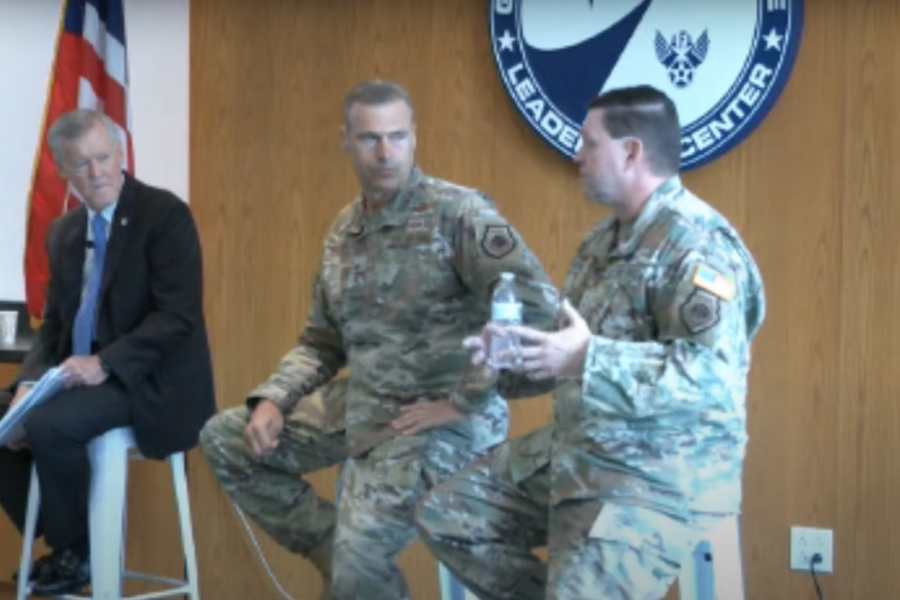 A new force generation model meant to balance rest with readiness will mean different things for the Air Force and the Space Force, leaders said at an Air Force Association Air and Space Warfighters in Action event Aug. 11.

The new model, described by Air Force Chief of Staff Gen. Charles Q. Brown Jr. in an exclusive interview with Air Force Magazine on Aug. 4, aims at better balancing the strains put on Airmen and equipment after two decades of war and constant deployments.

“The force generation model is how any service trains and then presents forces for the Joint Staff, for the nation, to then use in war,” said Lt. Gen. Joseph T. Guastella Jr., the Air Force’s deputy chief of staff for operations.

Twenty years of counterinsurgency wars have taken a toll on the Air Force, he said.

In the model, a 24-month cycle consists of four, six-month phases: Available to Commit, Reset, Prepare, and Ready. In the Reset phase, post-deployment Airmen get downtime to reconnect with their families and refresh basic skills then to work on advanced skills and training.

The new model is not only about giving Airmen and equipment more rest, it also addresses the 2018 National Defense Strategy’s call to be ready to face a peer adversary.

As part of the model, Airmen will train for the higher threat level posed by peer competitors such as China by taking part in high-end exercises including Red Flags, other large-force employment events, and Weapons School Integration.

The result will be a force “more capable, and more prepared, to deter and defend our nation’s interest globally than we’ve ever had in the past,” he said.

Space Force Lt. Gen. B. Chance Saltzman, deputy Chief of Space Operations for operations, cyber, and nuclear, said that unlike the Air Force, Space Force operators deploy in place and their missions have no downtime.

“GPS doesn’t go away for us to train. We don’t redeploy GPS,” Saltzman said. “Missile warning—we don’t redeploy and reconstitute missile warning. And so, our forces are continuously asked to conduct that ‘protect and defend’ and that joint warfighting mission set 24/7/365.”

Meanwhile, those Guardians must still be ready should an adversary attempt to deny those capabilities. That requires advanced training. The new rotational model pulls some operators off the mission temporarily to receive higher-level training.

In an Aug. 6 National Press Club appearance, Brown outlined to Air Force Magazine the challenges of creating the new model.

“Whatever was needed, we would send, and what we were doing was we were running ourselves ragged,” Brown said of the constant calls for Air Force support in recent years. “What happens is that impacts our readiness and our future modernization.”

“It drives a bit more discipline,” he added. “Not only for us as United States Air Force but as we work with the Joint Staff and the combatant commands about how we deploy forces so we don’t burn everything up and then wish we had it ready to go if there was some type of crisis.”

Brown said the program is already beginning in some units but will fully roll out during fiscal year 2023.

During the AFA discussion, Saltzman credited the Guardian version of the new force generation model to his insistence on a Pentagon office near his Air Force counterpart.

“As you can imagine, the biggest fight the Space Force took on early on was floor space in the Pentagon,” he said to a laugh from the AFA audience.

“As the office debate started to occur, skiff battles started to occur, I said, ‘I want my office right next to [Guastella’s] A3 office,’ ” he said. “So, the S3, the Chief Operations Officer office, is right next to the A3 office. We do a lot of business between his office and the bathroom as we pass in the hallways, quite frankly. And that’s powerful. I think that keeps us synchronized, and that’s important.”