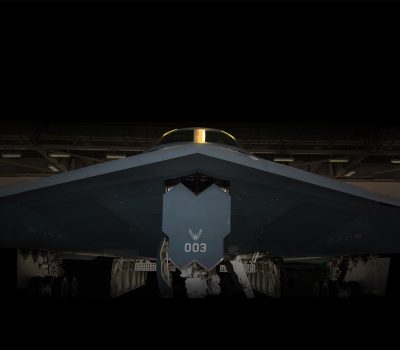 By John A. Tirpak
Deterrence isn't what it used to be, and the U.S. will be in trouble against an array of new nuclear weapons not covered by treaty if it doesn't move ahead with nuclear weapon modernization, senior U.S. military leaders warned at AFA's virtual Aerospace Warfare Symposium. 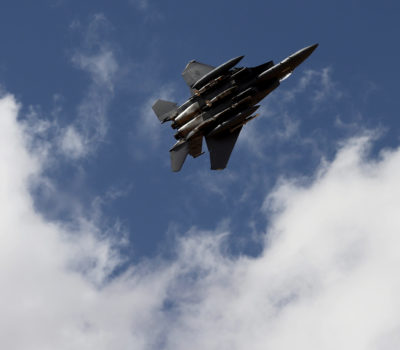 By John A. Tirpak
Low-rate initial production of the EPAWSS electronic warfare suite for the F-15 has begun, under a $58 million contract from Boeing, BAE Systems reported. The system is designed to buy the F-15 more survivability in and near contested airspace. It will equip F-15C/D and F-15E aircraft in service, as well as F-15EX fighters, the first of which is to be delivered in the next couple of weeks. 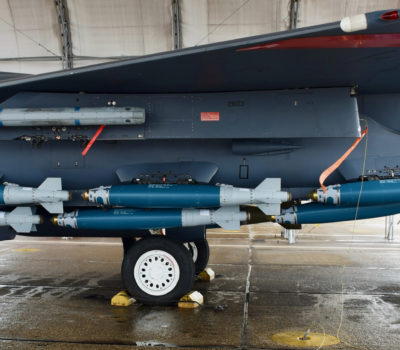 By Brian W. Everstine
The Air Force is testing new ways to use the F-15E Strike Eagle to deliver bombs. The 85th Test and Evaluation Squadron recently flew an F-15E with six Joint Direct Attack Munitions on a single side, potentially expanding the number of the bombs the aircraft can carry to 15. Expanding the number of JDAMS the Strike Eagle can carrying, means an F-15E could deliver bombs to a forward location, instead of breaking them down and shipping them on mobility aircraft, according to a 53rd Wing release. 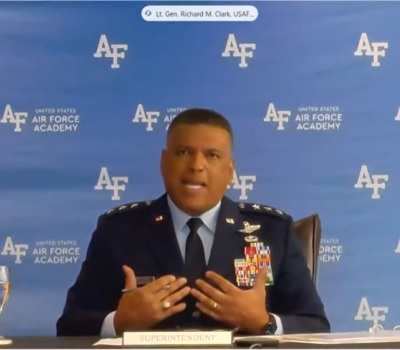 By Rachel S. Cohen
The head of the U.S. Air Force Academy on March 2 defended the school’s disciplinary program for students who violate the honor code, as House lawmakers questioned service academy superintendents on a recent spate of cheating scandals. “We have a very robust honor education system that starts from the day that they walk into the academy,” USAFA Superintendent Lt. Gen. Richard M. Clark said. “We’ve had a 95 percent success rate, meaning cadets who get into that probationary status, they never have another incident or issue with the honor code.” The academy is dealing with nearly 250 cadets suspected of cheating last spring. 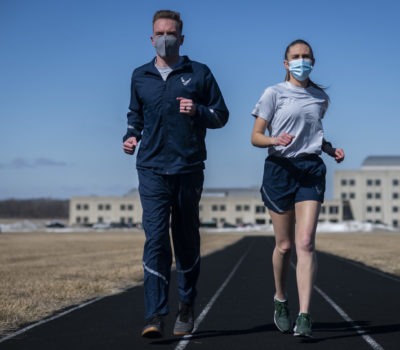 By Jennifer-Leigh Oprihory
The Air Force Uniform Office has finished redesigning the service’s physical training uniform, and Airmen will be able to buy it beginning next year, the Air Force Life Cycle Management Center announced March 2. More than 150 service members helped test the new outfit, which includes a jacket, t-shirt, pants, and two types of shorts. It is the service’s first PT uniform change in nearly two decades. 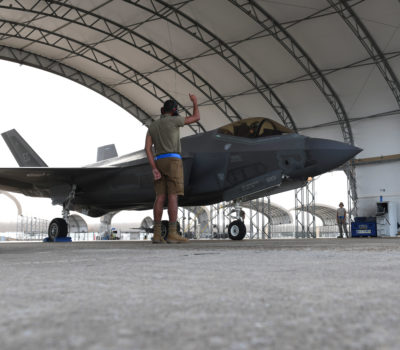 By Jennifer-Leigh Oprihory
Maintainers will soon be allowed to wear shorts, under new rules based on feedback from Airmen and Guardians. The Department of the Air Force on March 15 will publish a “change to Air Force Instruction 36-2903”—which governs dress and appearance for USAF and Space Force troops. “These options came directly from feedback from the field through the virtual uniform board and feedback from commands in the field,” said Air Force Deputy Chief of Staff for Manpower, Personnel, and Readiness Lt. Gen. Brian T. Kelly in a release. In addition to shorts for maintainers, the upcoming changes include duty identifier patches for troops in all job specialties, more sock color options for physical training, and more.

An item in the March 2 Daily Report, “Drones Could Be SOCOM Armed Overwatch Contenders, Slife Says,” had the incorrect rank for the commander of Air Force Special Operations Command. He is a lieutenant general.

President Joe Biden’s defense team faces a number of challenges around the globe, but they also have significant opportunities to bolster America’s national security for decades to come. The Mitchell Institute for Aerospace Power’s new policy paper offers expert recommendations to achieve this.

Military personnel who serve in units with higher levels of sexual harassment are more likely to become victims of sexual assault, according to a study commissioned by the Pentagon that linked the incidence of the two.

The Air Force Preaches ‘Zero Tolerance’ of Sexual Assault. So Why Is It Retaining an Airman Guilty of It?

The Airman he assaulted and a former Air Force judge point to problems in the military justice system that make it easier for commanders to close ranks around favored Airmen, and protect them from punishment.

Twenty-one years after the last B-2 Spirit was delivered, the Air Force is working out how to build the exotic spare parts the bomber requires.

The Air Force, the government’s largest fuel consumer, wants to use its market power to help spur the development of new innovations like ultra-efficient airplanes and new types of fuel. But if those energy-saving investments pan out, they’re likely to take a while. In the much nearer term, officials see big promise in software, where the service is finding ways to save hundreds of thousands of gallons of fuel each week, with more on the way.

The new chairman of the Senate panel that controls military spending says he’s open to arguments against developing a new $246 billion system of land-based intercontinental missiles even though he represents one of three U.S. states with ICBM installations.

The report, delivered to Capitol Hill on March 1, sketches out the ask for the 2022 budget and in the years out to 2027, envisioning a long-range plan that U.S. Indo-Pacific Command boss Navy Adm. Philip S. Davidson first introduced last year.

US Unprepared for AI Competition with China, Commission Finds

Retaining any edge will take White House leadership and a substantial investment, according to the National Security Commission on Artificial Intelligence.

Defense Secretary Lloyd J. Austin III held his first meeting with members of the Pentagon's new China Task Force. President Joe Biden announced the creation of the task force, intended to review the U.S. military's strategy for countering Beijing, in February during his first official visit to the Pentagon.

Militias in Iraq Provide Security, Wield Political Power, and May Be Tearing the Country Apart

The top U.S. commander there said Iraq may be headed for another civil war if the government can’t firm up control.

Boeing Australia and the Royal Australian Air Force have successfully completed the first test flight of the Loyal Wingman uncrewed aircraft. The flight of the first military aircraft to be designed and manufactured in Australia in more than 50 years flew under the supervision of a Boeing test pilot monitoring the aircraft from a ground control station at the Woomera Range Complex.

“This was created 100 percent independently out of my love for Top Gun, cinema, and LEGO,” wrote YouTube user Onbeatman of his frame-by-frame recreation of the film’s trailer.