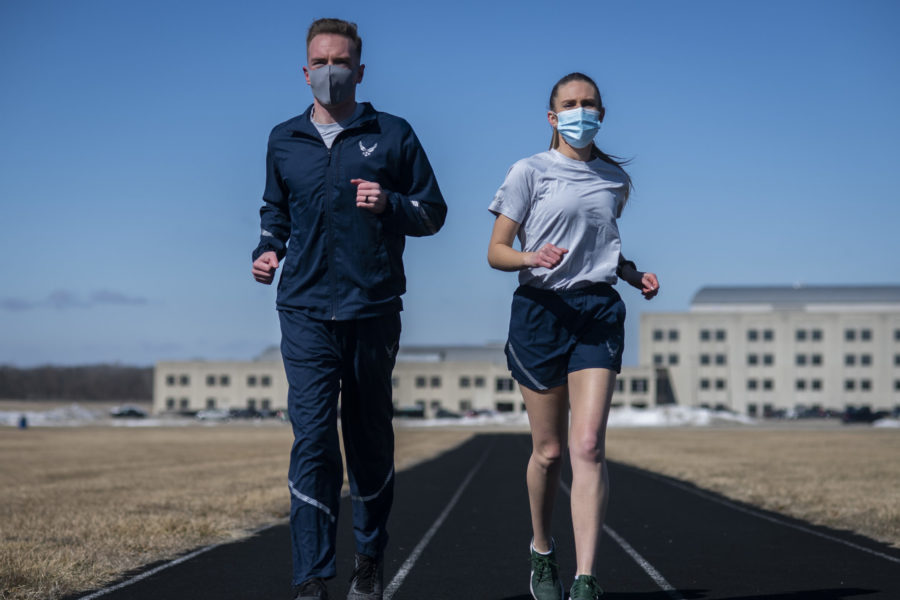 The Air Force Uniform Office has finished redesigning the service’s physical training uniform, and Airmen will be able to buy it beginning next year, the Air Force Life Cycle Management Center announced March 2.

“The new uniform will be available to Airmen in 2022, and there will be a four year transition period for mandatory wear,” according to an AFLCMC release. The center is currently gearing up for production.

USAF leaders’ primary requirements for the new uniform were that it be something Airmen would actually want to wear, and that its quality meet or exceed civilian athletic gear, Air Force Uniform Office Chief Tracy Roan said in the release.

“The new uniform now includes all of the great performance features that you find in athletic wear today,” she said in the release.

The uniform overhaul includes a variety of innovations, according to AFLCMC, including:

“A long sleeve t-shirt and a hoodie are in development,” AFLCMC added in a photo caption accompanying the announcement.