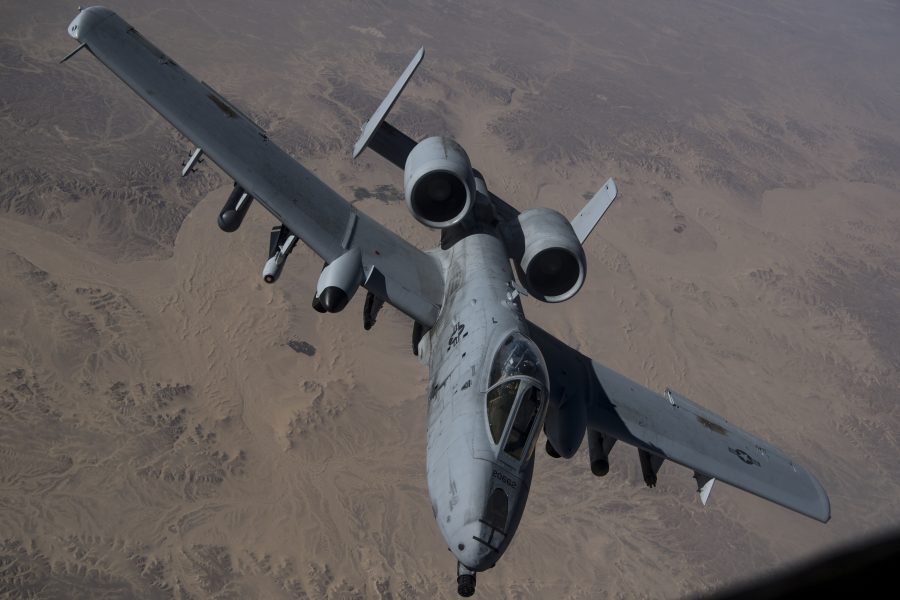 The Air Force could save the $30 billion it plans to shift from “legacy” programs to more relevant ones in the fiscal 2021 budget request by retiring eight major aircraft, wrote Todd Harrison, a defense budget analyst at the Center for Strategic and International Studies. The funding shift has been telegraphed by Chief of Staff Gen. David Goldfein and Undersecretary Matthew Donovan in recent weeks.

Starting with the $30 billion figure quoted by Donovan to Air Force Magazine and by Goldfein at a recent Air Force Association Capitol Hill breakfast, Harrison also drew on the CSIS analysis, “The Air Force of the Future: A Comparison of Alternative Force Structures.” Harrison determined that just over $29 billion could be freed up by early retirement of eight major aircraft: the B-1 and B-2 bombers; the A-10 attack aircraft; the KC-10 tanker; the RC-135 intelligence, surveillance, and reconnaissance aircraft, the E-3 AWACS, and the U-2 spy plane. He published the analysis in a Nov. 12 article on the CSIS website.

Harrison cautioned that these retirements are not the only ways to find $30 billion for new priorities in the Air Force’s budget, and further noted that his list is “not a recommendation,” but merely the identification of “potential targets for cuts based on previous actions and comments” by USAF senior leaders. Other partial routes to a $30 billion shift could come from retiring portions of the F-15 or F-16 fleets “as F-35As are fielded to replace them,” or reducing the MQ-9 fleet as the US winds down Middle East operations, Harrison said. Partial retirement savings, though, are “minimal” compared with wholesale fleet eliminations, he wrote. The MQ-9, at a 90 percent mission capable rate and an operating cost under $800 per hour, is very efficient, and USAF might consider investing in expanding its capabilities, he said.

Moreover, Harrison wrote, the longer the phase-out, the less the savings.

Donovan told Air Force Magazine in a recent interview that the National Defense Strategy mandates that USAF make a priority of modernizing both the Minuteman ICBM and the bulk of the bomber fleet. Global Strike Command’s “Bomber Vector” called for phasing out the B-1 and B-2 in the 2031 timeframe. Goldfein, however, said in September that some of the more maintenance-intensive B-1Bs might be retired to pay for upgrades on the rest. Donovan has mentioned the A-10 as another aircraft that might not be affordable in light of higher priorities in the competition against China and Russia.

Harrison also cautioned that Congress has its own ideas about what aircraft are relevant to the future fight, and noted that USAF’s attempts to retire the A-10, U-2, and RQ-4 Global Hawk have all been rebuffed by Capitol Hill.

The savings Harrison cites are based on USAF’s own Total Ownership Cost database, and recent budget documents, as well as his own “projections for how reductions could be phased in.” In each case, the retirements would happen over a three-year period, from fiscal ’21 to fiscal ’23, and the savings would accrue across the future years defense plan that ends in fiscal 2025.