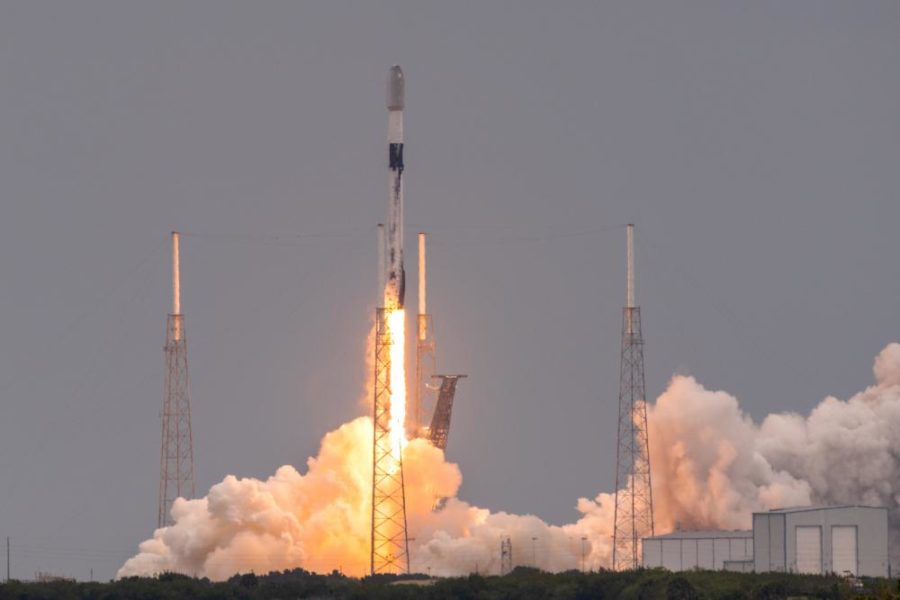 For years, Congress has pushed the Air Force, and the Space Force after it, to increase competition within its space launch enterprise, to move beyond the one or two companies the military has long relied on to send its satellites into orbit.

And now that Space Force leaders have said they’re interested in opening things up in future contracts, lawmakers are recommending that the service bring a partner onboard to help coordinate.

As part of its 2023 National Defense Authorization Act markup, the House Armed Services strategic forces subcommittee included a provision encouraging the use of a so-called “common launch integrator” and directing the Space Force to prepare a briefing on the idea in the months ahead.

While commending the Department of the Air Force for promoting “robust competition” through the National Security Space Launch program, the committee noted in its markup that it “remains concerned regarding overall efforts to drive down cost, reduce risk, and ensure launch reliability and performance, particularly as the U.S. Space Force, including efforts of the Space Development Agency, plans to increase the total number of projected launches over the Future Years Defense Program.”

Indeed, the Space Force and SDA are planning to launch hundreds of satellites in the coming years, many of which will form a constellation in low-Earth orbit called the National Defense Space Architecture. Already, SDA has awarded contracts for more than 150 satellites in that constellation.

As part of that effort, SDA, which is due to move organizationally from the Office of the Secretary of Defense into the Space Force this year, has purposefully sought to drive competition, splitting contracts between multiple vendors and encouraging losing bidders to try again.

And just a few weeks ago, the agency awarded a deal to General Dynamics Mission Systems to develop the ground operations and integration segment for the NDSA—a contract that an SDA official called the “most critical element” of the effort because General Dynamics will have to build a system capable of taking satellite and ground segments from different vendors and meshing them together.

In a similar way, the congressional panel wants the Space Force to identify a common launch integrator “that works across Department customers, satellite manufacturers, and launch providers, [and] can provide tested space vehicle interaction processes,” according to its markup.

Such an approach would lower costs, reduce launch timelines, and increase competition, the committee argues, presumably by providing a baseline set of standards and reducing logistical challenges.

By Feb. 1, 2023, the committee wants the Chief of Space Operations to provide a briefing “on the benefits, including cost and schedule, of using one consistent launch integration solution across all types of space and launch vehicles,” including any plans the Space Force has to do so.

In addition to a common launch integrator, the strategic forces subcommittee also wants the Space Force to turn to industry to take advantage of the rapidly developing commercial market in space.

”We must continue to buy the best off-the-shelf technology and partner with the best firms to invent new technology,” said chairman Rep. Jim Cooper (D-Tenn.). “We must also demand that the U.S. have capabilities that vastly exceed anything in the private sector.”

Cooper has not been shy in the past about his desire for the Space Force and the broader DOD to rapidly develop and deploy new capabilities, and his committee’s markup includes several provisions meant to aid that.

For one, the committee’s mark notes that commercial satellite radio frequency remote sensing has “the potential to support a variety of Department of Defense missions” and directs the Chairman of the Joint Chiefs of Staff, along with the combatant commanders, to provide a briefing by Dec. 1 on how the Pentagon plans to use the technology.

For another, the mark encourages the expanded use of commercial synthetic aperture radar, especially for the National Reconnaissance Office, and also asks for a report on any plans to use more commercial SAR.

In addition to the strategic forces panel, the subcommittee on cyber, innovative technologies, and information systems also has some concerns touching on the Space Force’s portfolio.

In particular, the committee included a requirement in its 2023 NDAA mark that would require the Secretary of Defense to provide a briefing to lawmakers by Feb. 1, 2023, on the Pentagon’s research into position, navigation, and timing.

PNT has generated some renewed interest in recent years, as observers in and outside the Pentagon have grown concerned about the possibility of a kinetic or non-kinetic attack on the Global Positioning System satellites that form the basis for almost all PNT nowadays.

“W​​hile GPS is the world standard, it is perhaps fair to say that we’ve come to rely on it solely and exclusively and too heavily,” Vice Chief of Space Operations Gen. David D. Thompson acknowledged during a Congressional hearing in May.

The cyber subcommittee agreed, writing in its mark that there is “a need for assured positioning, navigation, and timing (PNT) capabilities in the event that the Global Positioning System (GPS) is denied or disrupted.”