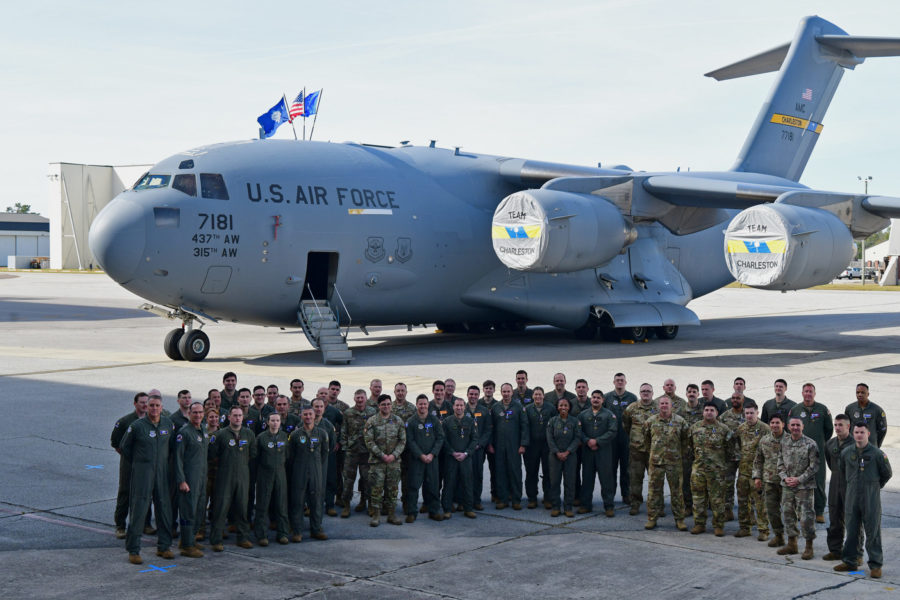 All of the awards were given to Airmen who participated in Operation Allies Refuge, the noncombatant evacuation out of Kabul, Afghanistan, in the summer of 2021, as the Taliban seized control of the country and tens of thousands of civilians were airlifted to safety.

Among those honored were Airmen who rescued hundreds amid chaos as civilians breached the airfield at Hamid Karzai International Airport, aircrew from the very final flights out of Kabul on Aug. 30, 2021, and service members who helped deliver a baby aboard a C-17. The awardees also included the very first Black women to ever be given the Distinguished Flying Cross, the nation’s fourth-highest award for valor.

A press release from the 628th Air Base Wing deemed the ceremony “the largest of its kind in decades.” The Distinguished Flying Cross was first established in 1926.

The 51 DFCs represent the majority of the awards related to Operation Allies Refuge announced by Air Mobility Command in October—96 total. Many of the Airmen honored Nov. 21 are from the 437th Airlift Wing, with some from the Air Force Reserve’s 315th Airlift Wing.

“The men and women from this installation were ready to do whatever it took to deliver the forces needed to secure the Kabul airport and then to evacuate and save as many lives as possible,” Minihan said at the ceremony. “It’s what they did next that displayed heroism and selfless devotion to duty—the reason for today’s ceremony.”

Virtually every stage of the evacuation was represented among those honored, from flying crew chiefs that kept the C-17s going amid an unprecedented workload and challenging conditions, to a loadmaster and flight nurse who assisted an Afghan woman giving birth midflight, to pilots who landed and took off in the dead of night while facing flares and heavy machine gun fire, transporting the very last U.S. troops off Afghan soil.

Those decorated ranged in rank from Senior Airman to Lieutenant Colonel. The breakdown of awards included:

Most of the awards were given with the “C” device for combat, given only when the service member “was personally exposed to hostile action or under significant risk of hostile action.”

The full list of 51 Airmen given the DFC follows: