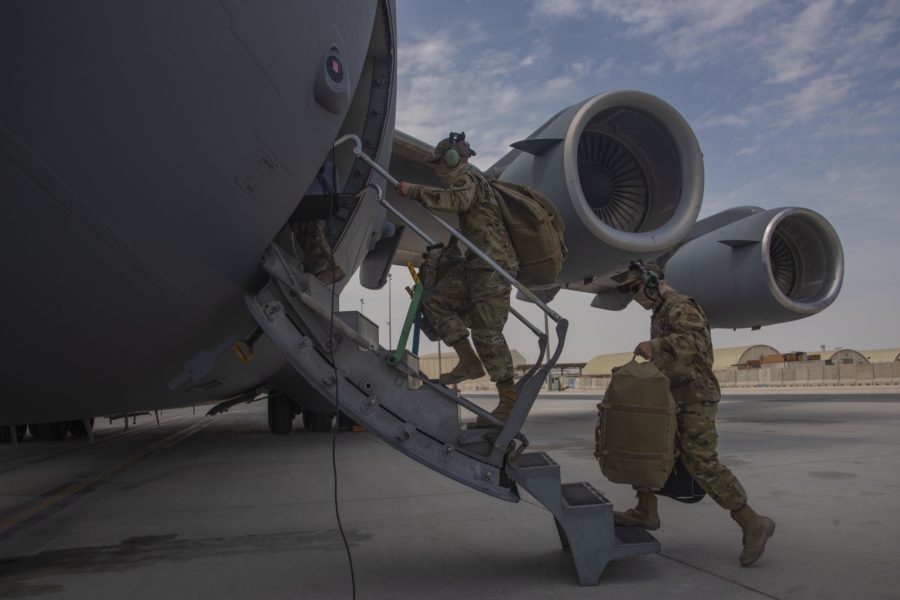 After 20 Years of War, Afghanistan Withdrawal is Officially Complete

“I’m here to announce the completion of our withdrawal from Afghanistan and the end of the military mission to evacuate American citizens, third-country nationals, and vulnerable Afghans,” McKenzie said in a press briefing.

The departure also marks the end of a turbulent evacuation process that reached a crisis point in the past few weeks, as the Taliban seized control of the country.

Since then, thousands of Afghans fleeing Taliban rule swarmed Hamid Karzai International Airport, and more than 5,800 U.S. troops were deployed to secure the airfield and help evacuate Americans, Afghans, and other citizens from partner nations.

All told, around 123,000 civilians were evacuated since the mission began in late July, McKenzie said, with more than 79,000 leaving since Aug. 14. That figure includes more than 6,000 American civilians, “which we believe represents the vast majority of those who wanted to leave at this time,” he said.

When U.S. troops boarded the last flight out of Kabul, there were no more evacuees left in the airport, McKenzie said. But he did acknowledge that there are American civilians who were left behind, estimating that the total number is “in the very low hundreds.”

Some of those Americans, he said, did not wish to leave. Others could not reach the airport as the security situation devolved. At different times, the State Department urged Americans not to come to certain gates around the airport due to security threats, not from the Taliban but from the Islamic State-Khorasan branch.

ISIS-K, as the group is often called, launched a deadly attack Aug. 26, using a suicide bomber to kill 13 U.S. service members and dozens of Afghans outside an airport gate. In response, the U.S. launched an airstrike that killed two ISIS-K planners and struck an explosive-laden truck in Kabul.

Those actions, McKenzie claimed Aug. 30, were “very disruptive to their attack plans” and were key in allowing the final U.S. planes to depart safely. Those final flights were also covered by what McKenzie called “overwhelming airpower” overhead.

As American troops departed, they were forced to destroy equipment to ensure it would not fall into Taliban hands. In addition to a number of Humvees and armored vehicles, troops also destroyed 73 aircraft—“most of them were non-mission-capable to begin with, but certainly they’ll never be able to be flown again,” McKenzie said.