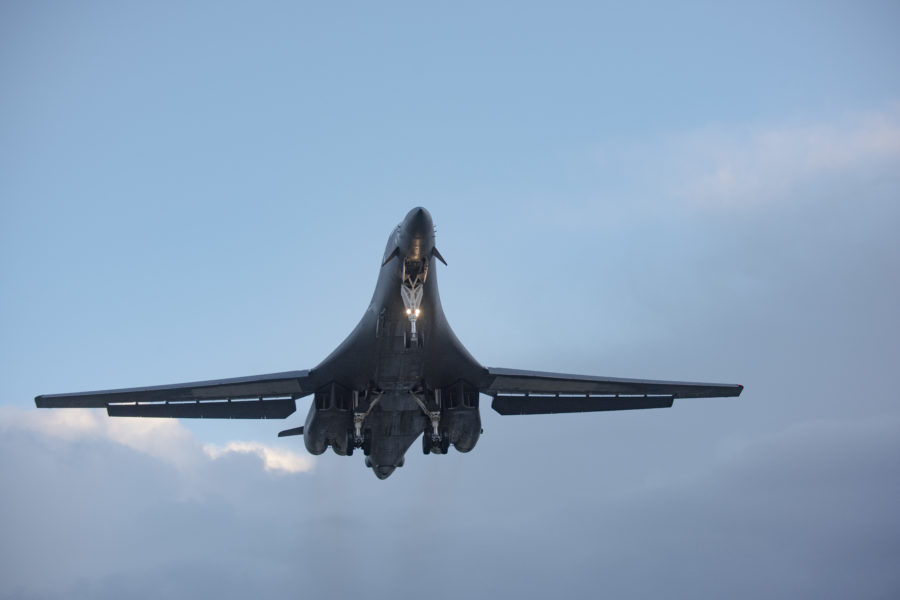 A B-1 Lancer assigned to the Air Force’s 7th Bomb Wing supported training for foreign joint terminal attack controllers and integrated with Swedish Gripen fighters during a Bomber Task Force mission in Norway and Sweden on March 8, according to a U.S. Air Forces in Europe-Air Forces Africa release.

American Special Operations Forces also backed up the training for JTACs from the two countries.

“It’s not every day that our bomber has the chance to play such a prominent role in training ally and partner JTACs,” said USAFE-AFAFRICA Commander Air Force Gen. Jeffrey L. Harrigian in the release. “Opportunities to train alongside our allies, partners, and U.S. Special Operations Forces in forward locations makes us the rapid, resilient, and ready force we need to be.”

The Lancer, which is deployed from Dyess Air Force Base, Texas, also underwent a “warm pit refuel” at Norway’s Bodo Air Force Station. The B-1’s crew remained in the cockpit during the process so the plane could get back to the mission faster, the release stated.

In contrast with hot-pit refueling, during which an aircraft gets fuel while its engines “are turned on or running,” warm-pit refueling occurs “with the aircraft engines operating off the auxiliary power unit,” a 2018 Army publication about refueling techniques explains.

Dyess B-1s recently deployed to Norway to train with its troops and other partner forces in the Arctic, Air Force Magazine previously reported. The Bomber Task Force marks the Lancer’s first deployment to the Nordic nation.