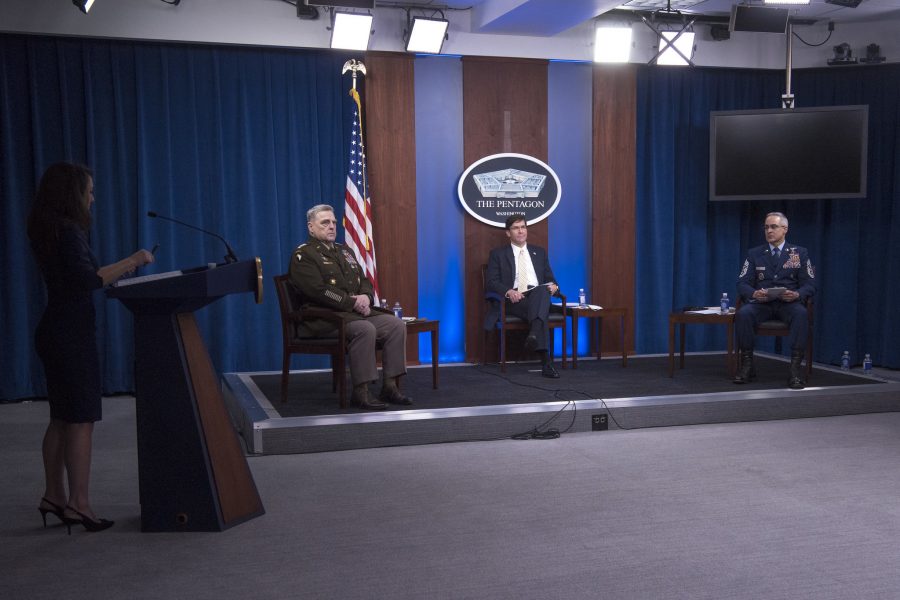 The likely continuation of the military’s stop movement order, and the related extension of deployments and pause in change of station moves, will require continued sacrifice but is necessary to protect the force from the new coronavirus outbreak, top military officials said.

The Pentagon in mid-March ordered all movement of forces to stop, including those who are deployed to combat zones or getting ready for permanent change of station moves. Leaders, including Air Force Chief of Staff Gen. David Goldfein, have said this order will likely extend into the summer. For some groups, like members of the Army’s 82nd Airborne that deployed to the Middle East in January, this means extended time away.

“If this is being extended, there’s a degree of sacrifice to that,” Milley said. “But it’s all being done with the intent of keeping you and your family safe.”

Even though these movements are on pause, the services are still bringing new recruits into basic training, albeit with some restrictions. For example, the Air Force is reducing the size of its new BMT classes to 460 from about 700, shortening the length of the training cycle, and dispersing the classes to two separate bases.

Defense Secretary Mark Esper said April 9 that it is “vitally important” the military keep bringing in new forces. “The infusion of those persons into the force is critical to the future readiness,” he said. “We must continue to maintain that pipeline coming into the U.S. military.”

For now, military officials maintain that the coronavirus outbreak has had limited impacts on readiness, even as it has sidelined an aircraft carrier and forced deployed units to stay beyond their expected redeployment date.

As of April 9, there were 1,898 COVID-19 positive Active duty service members, with about 60 requiring hospitalization.

“The numbers we still have across the force are small” and readiness is still “full-up,” Vice Chairman of the Joint Chiefs of Staff Gen. John Hyten said April 9. “The challenge we face is as we go into the future. We’ve had to cut down the pipeline into basic training. … We expect thousands of people to come into the military every week, every week it happens. That’s now cut back. For a short period of time, that’s not a big issue. If that continues long, then all of the sudden the numbers come down and that will eventually impact readiness as we go on, month after month after month.

“Right now we’re in pretty good shape given the nature of the crisis we’re in,” he added.

Despite this potential reduction in personnel, and stress on specific military communities and job specialties, the Pentagon is not considering a stop loss. “That is a last resort that we do not want to have to engage,” Hyten said.

The military also will have to adapt how it can train its existing forces in the future, Deputy Secretary of Defense David Norquist said. Different commands and units have been forced to cancel exercises as a result of the outbreak, and once the virus’s spread subsides, the military will have to find ways to resume those in a way that will be safe and effective.

“We’re going to need to change and adapt because even over the coming months, the virus isn’t going to go away,” Norquist said. “We’re going to have to operate in a COVID environment, which means how do you train, how do you prepare, how do you deploy, and so as we look at that there’s going to be steps we take. … We have adapted in the past, we will adapt in this environment.”