Skip to content
Maryland Army National Guard Soldiers file into the District of Columbia Armory on Jan. 13, 2021, in preparation for their support of the 59th presidential inauguration. National Guard photo by Sgt. Chazz Kibler.
Expand Photo 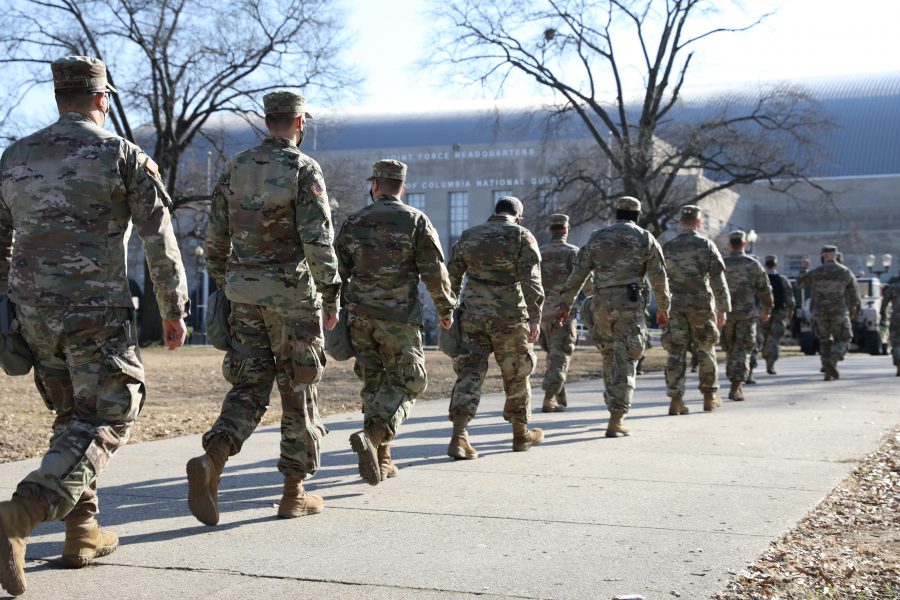 Defense Secretary Lloyd J. Austin on March 9 approved an extension of the National Guard deployment to the U.S. Capitol complex for about two months.

National Guard troops have been deployed to the building to help U.S. Capitol Police with security in the aftermath of the January 6 insurrection, and the police department has requested an extension of the presence as there are concerns about continued threats. The extension includes about 2,300 troops, about half the amount that had been deployed, according to a Pentagon statement.

Pentagon spokesman John Kirby said March 9 that a formal request had been working its way through the building. The current deployment was set to end on March 12.

Kirby said the deployment is to help the Capitol Police “fill some of the gaps” in that department’s capabilities across the complex. He would not speculate if the deployment would be further extended, but said that as the police “look at themselves as an institution” and what they need in the long term, the Guard could help.

The deployment of the troops, from Jan. 6 to the end of this week, is expected to cost about $500 million, according to the Associated Press.

Editor’s note: This story was updated at 7:35 p.m. March 9 to reflect that the deployment extension had been approved.