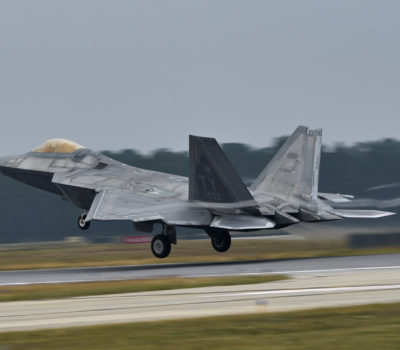 By Brian W. Everstine
A maintenance error, committed after an F-22 was washed, affected its control inputs and caused the Raptor to crash May 15, 2020, at Eglin Air Force Base, Fla. The pilot safely ejected, but the aircraft was totaled, with an estimated loss of $201 million, according to Air Combat Command. ACC released limited information on the crash despite the significant loss to the Air Force’s fifth-generation fighter fleet, because unlike most major mishaps, the command did not conduct a publicly releasable investigation. 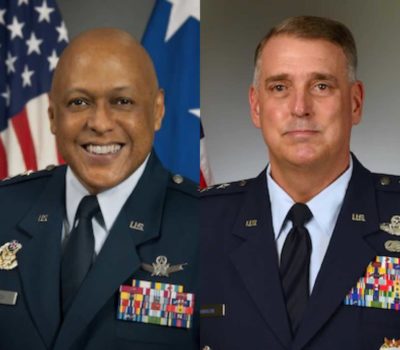 By Brian W. Everstine
The Senate on July 29 confirmed new bosses for Air Force Global Strike Command and Air Mobility Command along with five other general officer roles in the Air and Space Forces. Lt. Gen. Anthony J. Cotton will receive his fourth star and replace Gen. Timothy M. Ray as the head of Air Force Global Strike Command. Cotton, a missileer by training, currently serves as Ray's deputy. Lt. Gen. Mike Minihan also will receive his fourth star to lead Air Mobility Command. He replaces Gen. Jacqueline D. Van Ovost, who has been nominated to lead U.S. Transportation Command. Minihan is a command pilot with more than 3,400 flying hours in the C-130, KC-10, and C-32. 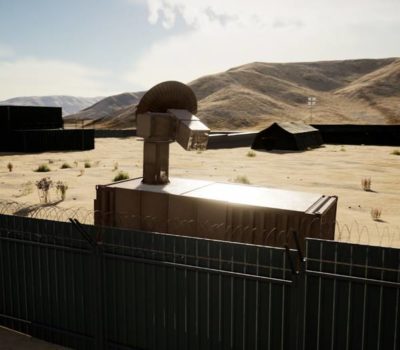 By John A. Tirpak
The Air Force Research Laboratory is looking for contractors to build a fieldable high-powered microwave counter-drone system to defend air bases, AFRL announced July 29. It will spend $20 million on the program, the prototype for which it wants in 2023. The program is called "Mjolnir" after the hammer of Thor. "THOR" is the name of the experimental version of the system AFRL has been working with for the last two years. 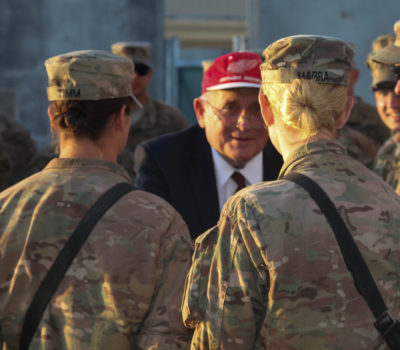 By Brian W. Everstine
Former Michigan Senator Carl M. Levin, known for overseeing the powerful Senate Armed Services Committee for more than 10 years, over two separate spans, died July 29 in Detroit. He was 87. Levin first took over the Senate Armed Services Committee in 2001, later telling a reporter that he had never served in the military and saw guiding the military as “a way of providing service.” 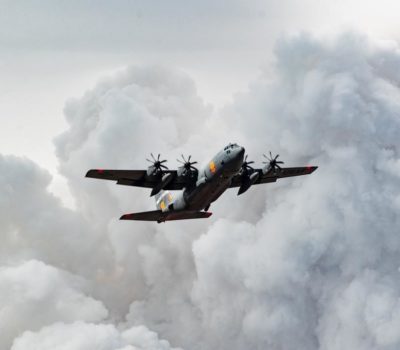 Fire Season Now Year Round for the Guard, Hokanson Says

By Abraham Mahshie
Firefighting technology hasn’t changed much from the days when Chief of the National Guard Bureau Gen. Daniel R. Hokanson dropped buckets of water from a UH-60 Black Hawk, and his brother, a smokejumper, parachuted in to fight wildfires on foot. What has changed is the number of fires—and their intensity. About 500 Guard members and 19 aircraft are helping state authorities respond to the Bootleg Fire in Oregon and the Dixie Fire in California. Combined, the fires have already torched over 600,000 acres. “We used to talk about 'fire season,'” Hokanson told a gaggle of journalists at the Pentagon on July 29 as fires raged in Oregon and California. “It’s really a 'fire year' now. Fires really almost go year round.”

The Pentagon now has two separate missions involving President Joe Biden’s announcement Thursday aimed at increasing COVID-19 vaccines in the federal workforce. The Defense Department must develop plans to make the vaccine mandatory for the military and set up new requirements for federal workers who will have to either attest to a COVID-19 vaccination or face frequent testing and travel restrictions.

A second attempt to carry out a flight test of a prototype of the Air Force's AGM-183A Air-launched Rapid Response Weapon hypersonic missile, or ARRW, has failed. The weapon separated safely from the B-52H bomber carrying it, but the rocket motor did not ignite. This follows the first unsuccessful attempted flight test in April, in which the missile did not even leave the wing of the B-52H it was attached to.

Philippine President Rodrigo Duterte has restored a crucial pact governing the presence of U.S. troops in the Southeast Asian nation, the two countries' defense ministers said Friday, reversing a decision that had caused increasing concern in Washington and Manila. The Visiting Forces Agreement (VFA) provides rules for the rotation of thousands of U.S. troops in and out of the Philippines for war drills and exercises. It has assumed additional importance as the United States and its allies contend with an increasingly assertive China. Philippine Defence Secretary Delfin Lorenzana said he was unsure why Duterte had reversed himself but made the decision after meeting U.S. Defense Secretary Lloyd J. Austin III in Manila on Thursday.

A familiar face is back in command at Keesler Air Force Base, and she’s hoping her kinship to South Mississippi will help lead the Second Air Force through these uncertain times. On Friday, Maj. Gen. Michele Edmondson became leader of the Second Air Force at a change-of-command ceremony. Edmondson was also assigned to Keesler from 2015 to 2017 as commander of the 81st Training Wing.

Joint U.S. Army and Air Force exercises centered on Guam are intended to keep adversaries guessing about how America’s armed forces would defend and attack during a conflict, a top Pacific Air Forces official said Sunday. “[Adversaries] believe that we'll concentrate and will build large mountains of sustainment and supply, and then we'll wait to go forward,” said Lt. Gen. Jon T. Thomas, deputy commander of Pacific Air Forces. “We know that we can't wait to do that, nor can we give them that opportunity, and so thus we're preparing to operate in a different way.” This summer’s exercises are doing just that.

Space Force Eyes Solar-Powered Vehicles for Operations Near the Moon

As the Space Force plans possible missions in cislunar space—the vast area between the Earth and the moon—one concern is the limitation of traditional chemical propulsion. A spacecraft powered by solar thermal energy that uses water as its main propellant could provide a viable alternative, says Shawn Usman, astrophysicist and founder of startup Rhea Space Activity. RSA won a Small Business Innovation Research (SBIR) Phase 1 study contract funded by the Space Force to design a spacecraft with a solar-thermal propulsion system.

With Undersea Robots, an Air Force Navigator Lost Since 1967 is Found

A recovery mission off Vietnam’s coast showed how advances in technology have given new reach to the Pentagon’s search for American war dead.