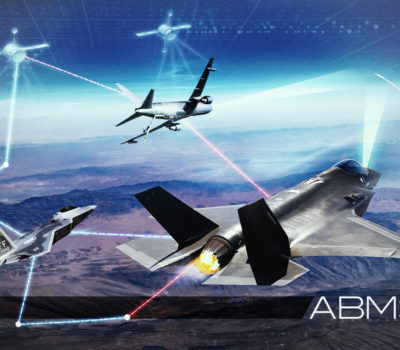 By Brian W. Everstine
The Air Force has set its shopping list for the first round of Advanced Battle Management System capability acquisition and is defining the requirements for future capabilities it wants to develop and buy as this new approach to command and control progresses. At the same time, the service narrowed its budget request for ABMS because of the large cuts Congress took to its plans in fiscal 2021, causing the service to relook at how it wants to progress, and explain, this new approach to C2. “It is important that we view the development of this command and control support system as something different than we view traditional acquisition and procurement programs,” Air Force Vice Chief of Staff Gen. David W. Allvin said. 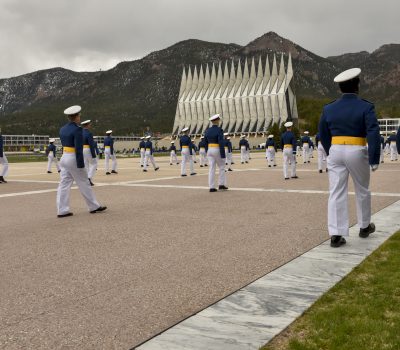 By Brian W. Everstine
Air Force Academy Cadet Second Class Nick Duran, 20, died June 24 in a single-engine aircraft crash in Cleburne, Texas, the Academy announced. A second person on board was killed along with Duran, who was home on leave at the time, the Academy said. The aircraft was an American Aviation AA-1A single-engine aircraft. It crashed near Cleburne airport south of the Dallas-Fort Worth area June 24. 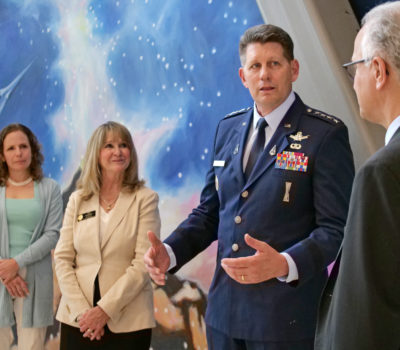 By Amanda Miller
The Space Force’s No. 2 officer inspected the aerospace research facilities of its newest university partner June 24 under a program designed to help it recruit personnel with more technical expertise. Vice Chief of Space Operations Gen. David D. Thompson and Mark Kennedy, president of the University of Colorado system, agreed in principle that the university system will become part of the Space Force’s University Partnership Program. The system includes, in part, its flagship campus in the aerospace research and industry hub of Boulder plus a campus in the national security space hub of Colorado Springs. When the full list is announced, each of the program’s cadre of aerospace research institutions will also be noteworthy in terms of already having “an incredibly strong officer development platform” in its Reserve Officer Training Corps detachment, Thompson said. 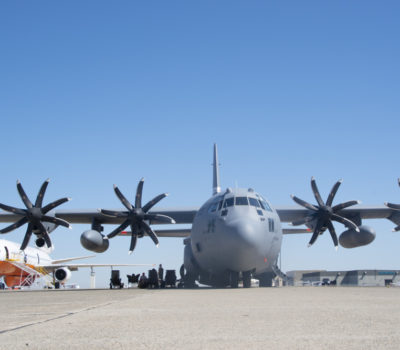 By Greg Hadley
With more than 1.3 million acres already damaged in wildfires this year and 56 large fires currently raging, the Air National Guard activated a specially equipped C-130 and crew to aid firefighting efforts across the western U.S. The National Interagency Fire Center requested the Guard's help a month earlier than last year.

The U.S. government can't explain 143 of the 144 cases of unidentified flying objects reported by military planes, according to a highly anticipated intelligence report released June 25. That report, released by the Office of the Director of National Intelligence, was meant to shed light on the mystery of those dozens of flying objects, spotted from 2004 to 2021, but instead said it didn't have adequate data to put all but one of them into a category. That one UAP — shorthand for "unidentified aerial phenomena" — was a large, deflating balloon, the report said. "The others remain unexplained," the report, which was required by Congress, added.

US to Keep About 650 Troops in Afghanistan after Withdrawal

Roughly 650 U.S. troops are expected to remain in Afghanistan to provide security for diplomats after the main American military force completes its withdrawal, which is set to be largely done in the next two weeks, U.S. officials told The Associated Press on June 24. In addition, several hundred additional American forces will remain at the Kabul airport, potentially until September, to assist Turkish troops providing security, as a temporary move until a more formal Turkey-led security operation is in place, the officials said.

Sens. Elizabeth Warren (D-MA), Gary Peters (D-MI), and Mike Lee (R-UT) are holding the nomination of former Pentagon acquisition chief Frank Kendall to become Air Force secretary, according to sources close to the matter. Warren's office declined to comment, while Peters' and Lee's offices did not immediately respond to requests for comment. Sources said Warren is holding Kendall's nomination in a bid to extract additional ethics and recusal pledges from him.

The U.S. Space Force is eager to tap into the vibrant commercial market for space services enabled by increasingly capable small satellites and cheaper access to orbit. Commercial services of particular interest to the military include imagery, analytics, weather data and broadband from low-Earth orbit constellations.

Who Is The Mystery Buyer of Airbus C295 Aircraft?

Airbus is selling its C295 tactical airlifter to a mystery Southeast Asian customer and is fulfilling a follow-on order for Thailand, the company announced Monday. The European aircraft manufacturer announced the sale of an additional C295 to Thailand for its Army. The aircraft will be delivered in 2023, outfitted in a utility transport configuration, although no contract values were disclosed in the announcement for either buy. The announcement also mentioned a recent sale of three aircraft to an “undisclosed military customer in the region.”

In episode 28 of the Aerospace Advantage, “Next Generation Air-to-Air Targeting,” host John Baum speaks to combat aviators and technical experts about how the game of finding and striking air-to-air targets is rapidly evolving. It takes sensors to harvest data and processing power to turn it into actionable information. Adversaries understand the value of information, so they do everything in their power to blind us. That’s what electronic jamming is all about, and it’s why they are pursuing stealth. So, for us to maintain an edge, we need to pursue numerous concurrent pathways of sourcing data so the adversary can’t block us in one move.

The head of the U.S. Missile Defense Agency has suggested that portions of a future Aegis Ashore site on the strategic American island of Guam in the Pacific could go into bunkers underground or onto mobile platforms. Ostensibly, this is due to Guam's terrain and limited overall space, but it also speaks to the potential vulnerabilities of such a facility, especially in a major conflict with a near-peer adversary, such as China.

Lockheed Martin built and donated a special 1/3 scale GPS IIIF satellite mockup to the University of Colorado Boulder Ann and H.J. Smead Department of Aerospace Engineering Sciences. The model was installed June 21-23, 2021 on the 4th floor overlook of the Aerospace Building—check out the timelapse video of the installation.