Skip to content
A communications pod installed in a KC-46 Pegasus will allow the F-35 Lightning II and F-22 Raptor to connect and instantly receive and transmit the most up-to-date information to try to ensure decision superiority. This concept is known as Capability Release 1 under the Advanced Battle Management System framework, which the USAF announced in May is entering a new phase. Air Force graphic.
Expand Photo 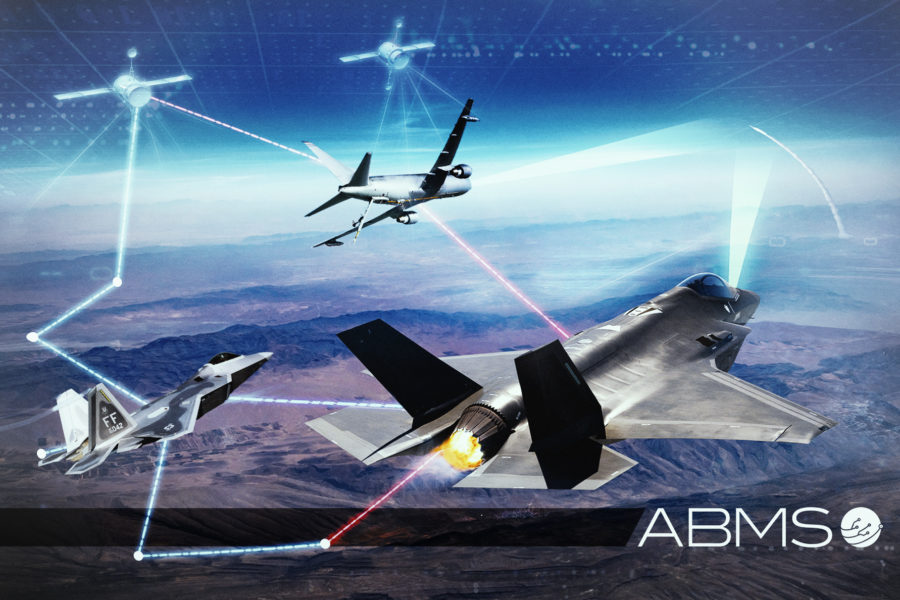 The Air Force is adjusting its plans for the Advanced Battle Management System after a skeptical Congress cut by almost half last year’s budget request to develop the new concept in command and control. For fiscal 2022, officials are asking for less money for ABMS and seeking to buy their first real capability: datalink pods that will enable the KC-46 tanker to help F-35s and F-22s share data.

“It is important that we view the development of this command and control support system as something different than we view traditional acquisition and procurement programs,” said Air Force Vice Chief of Staff Gen. David W. Allvin. ABMS, he said, is “different, which is why we’re going to need to be very transparent with what we’re doing [and] how we’re approaching it.”

The first ABMS deliverable is Capability Release 1, a new pod for KC-46s that will allow F-35s and F-22s to share data for the first time. The Air Force wants between four and 10 pods in fiscal 2022 to enable data processing and sharing at the “tactical edge,” said Brig. Gen. Jeffrey D. Valenzia, the ABMS Cross-Functional Team Lead.

The second new product planned, Capability Release 2, aims to speed up decision-making for homeland defense missions led by U.S. Northern Command and NORAD, the North American Aerospace Defense Command. That capability will use cloud computing, fiber-optic networks, artificial intelligence, and other new technologies to accelerate how those defending the homeland take in new intelligence and make command decisions.

“The combatant commands are still challenged with potential threats over the horizon that they need to characterize and make better decisions on more rapidly,” Allvin said.

Requirements for both programs were defined in prior ABMS experiments, and next month NORTHCOM will lead its own Global Information Dominance Experiment, incorporating inputs from the other combatant commands to further define what is needed next.

Because ABMS seeks to go beyond merely replacing the E-8C Joint STARS platform and instead take a whole new approach to command and control, the Air Force has struggled to clearly articulate what exactly it expects to acquire and how to justify the millions of dollars in funding it has sought. In fiscal 2021, Congress cut the Air Force’s ABMS funding request by 50 percent, forcing leaders to cancel planned experiments and delay initial acquisition plans. Now the Air Force is trying to be more transparent about the timeline for its “minimum viable product” KC-46 pod and its acquisition strategy going forward.

“There is not a fighter aircraft that comes out on the end of this,” Allvin said. “But, as we learn things through … the design experiments that we’re doing, and that we will continue to do with the capability releases, we’re understanding how we need to adapt our current infrastructure.”

The Air Force Rapid Capability Office, the program executive for ABMS, is expected to have a full cost estimate for CR-1 by the end of the month and another for CR-2 as requirements are firmed up.

“We understood that when Congress looked at it, it wasn’t clear enough, “Allvin said. “That perhaps we hadn’t laid out a clear enough path to justify the funds that we were requesting. So we had to look ourselves in the mirror and say, ‘We need to better align ourselves to be able to articulate more clearly what we want to do.'”

Allvin said this year’s funding request is more closely aligned to specific capabilities as a result.

Of this $204 million, just over half is for the Capability Release 1 pods; most of the rest is for CR-2 to get at “how we can accelerate that command and control process” with technology, Valencia said. A small amount funds “baseline investments in data management,” he added.

As more ABMS requirements are defined, Allvin said, budget requests will likely grow. “But we want to ensure that what we’re asking for, we can articulate as well as possible,” Allvin said. He wants Congress “to have confidence in providing those resources to us.”