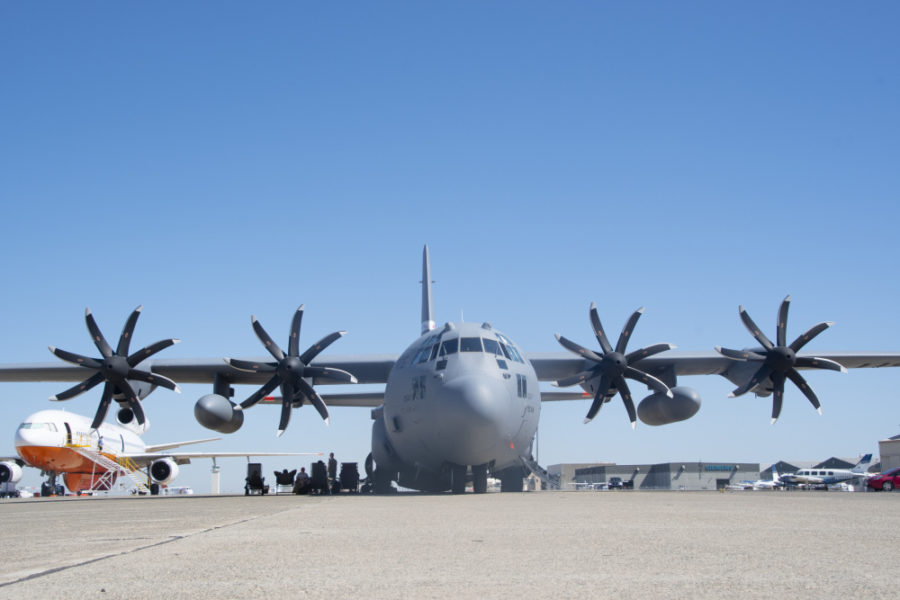 With more than 1.3 million acres already damaged in wildfires this year and 56 large fires currently raging, the Air National Guard activated a specially-equipped C-130 and crew to aid firefighting efforts across the western U.S.

The National Interagency Fire Center requested the Guard’s help a month earlier than last year, when the 152nd Airlift Wing activated July 29 and remained on duty until Oct. 3, the longest firefighting activation in unit history.

The 2021 wildfire season is expected to be particularly intense due to drought across the West and a recent heatwave.

The C-130 is equipped with the Modular Airborne Fire Fighting System (MAFFS), a roll-on, roll-off system with a massive 3,000-gallon tank that can shoot water or fire retardant out the plane’s rear parachute door in six seconds. The plane uses a cutting-edge NP2000 Propeller System that produces more thrust during takeoff and gives pilots better speed control mid-flight.

“This is especially important for the extremely challenging MAFFS mission, while flying in extreme hazards, including flying low, slow, and heavy while dropping water or retardant,” said Col. Jeremy Ford, 152nd Airlift Wing commander, in a statement.

Flying effectively with MAFFS requires “extremely experienced” pilots, able to fly as slow as 120 knots and as low as 150 feet off the ground, in order to be effective. Flying so low and slow increases turbulence, while plunging into the smoke clouds over fires compromises visibility. The C-130 and its crew will deploy to CAL FIRE’s McClellan Reload Base in Sacramento, Calif. The initial activation lasts through July 26 but could be extended.