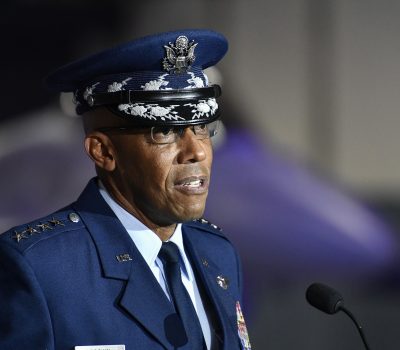 By Jennifer Hlad
The Air Force has a window of opportunity to change and it must do so quickly, because “our advantage as a nation, as an Air Force, as a joint team is eroding,” Chief of Staff Gen. Charles Q. Brown Jr. said Aug. 29, noting the service this week will release a paper called, “Accelerate Change or Lose.” The Air Force has been engaged in conflict—mainly in the Middle East—for the last 30 years, he explained, while “at the same time, our adversaries, … China and Russia, have done things to accelerate and or move to impact our advantage. And so, our advantage is eroding, so that’s why I say accelerate change or lose,” Brown said during a speech at the virtual National Guard Association of the United States conference. 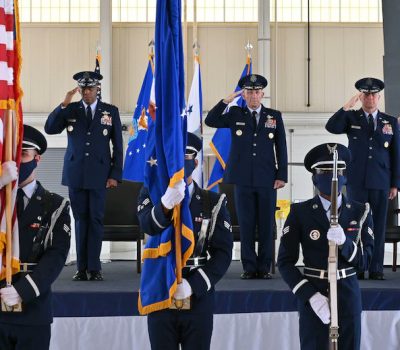 By John A. Tirpak
Gen. Mark D. Kelly took over leadership of Air Combat Command from Gen. James "Mike" Holmes August 28, in a change-of-command ceremony at Joint Base Langley-Eustis, Va. Chief of Staff Gen. Charles Q. Brown and Kelly both praised Holmes for his wisdom and many fundamental changes in ACC's organization and provision of forces. Holmes presided over the creation of two new numbered AIr Forces, and sharp uptick in ACC readiness, and the first combat for the F-35 fighter. 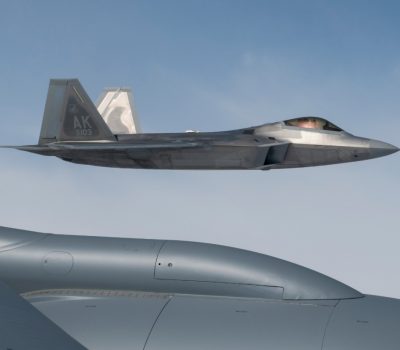 By Brian W. Everstine
Two Russian Su-27 Flankers conducted an "unsafe and unprofessional" intercept of a USAF B-52 flying over the international waters of the Black Sea on Aug. 28. The Russian pilots crossed within 100 feet of the B-52's nose "multiple times at co-altitude and while in afterburner, causing turbulence and restricting the B-52’s ability to maneuver," U.S. Air Forces in Europe-Air Forces Africa announced. On Aug. 27, a team of F-22s, supported by KC-135 tankers, intercepted three sets of two Russian Tu-142 maritime patrol aircraft in the Alaskan Air Defense Identification Zone. The Russian aircraft loitered in the area for about five hours, coming within 50 nautical miles of Alaskan shores, though they remained in international air space the entire time, NORAD said in a release. And, on Aug. 26 NORAD monitored a Russian submarine that surfaced in international waters near Alaska. 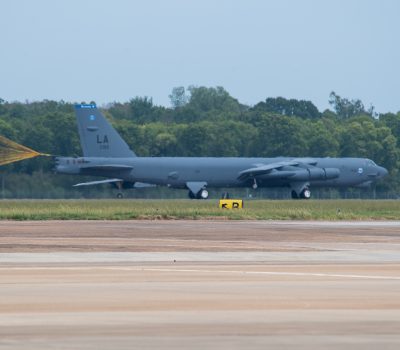 By John A. Tirpak
Barksdale AFB, La. has returned to normal operations following a close call with Hurricane Laura, which swept through neighboring areas of Louisiana as a Category 1 storm August 27. base officials reported. The base's B-52H bombers had relocated for two days to Minot AFB, N.D.--USAF's only other B-52 base--to sit out the storm, which passed near the base, but have all returned. Only minor damage was noted at the facility and while cleanup continues, regular operations have resumed. 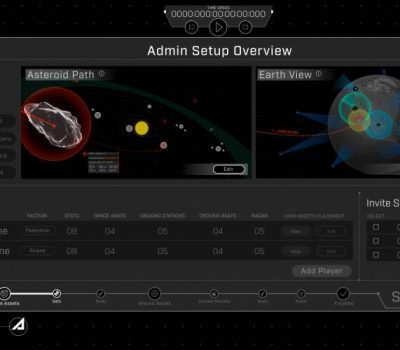 By Shaun Waterman
Darth Vader, eat your heart out. A new space simulator being developed by federally funded computer engineers won’t have the planet-busting weapons the Death Star did, but it will enable users to game out the results of military confrontations in space. Operators of the new software, dubbed Prairie, will be able to test out upgrades to satellites and other new programming changes before deploying them on the real spacecraft. 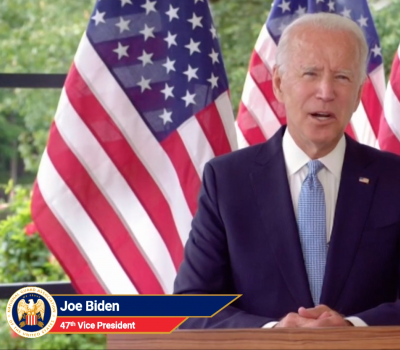 By Jennifer Hlad
The National Guard is the “backbone of our nation,” former Vice President Joe Biden told attendees of the virtual National Guard Association of the United States conference in a speech Aug. 29. Biden, like many of the other speakers at the virtual conference, highlighted some of the disparate missions the National Guard has responded to this year: Supporting COVID-19 testing and relief efforts, helping keep the peace during protests over racial inequality, leading the responses to devastation from hurricanes and other natural disasters, and fighting wildfires in California and Colorado. “When calamity strikes, whether at home or abroad, your National Guard is there,” said Lt. Gen. Michael A. Loh, director of the Air National Guard. “And 2020 does not seem to want to let up.”

Pentagon Poised to Award Medal of Honor to Alwyn Cashe, Who Died after Saving Fellow Soldiers in Iraq

Cashe would be the first African American recipient of the award for valor in Iraq or Afghanistan.

With the help of Silicon Valley, the nation’s youngest military branch is already proving that it can do business quicker than its more established sister services.

While the current plan is to host the event in person in Los Angeles, California, SMC noted that it may move to a virtual environment due to the ongoing coronavirus pandemic.

Troops on Guam are Weathering their Second COVID-19 Lockdown

Of nearly 1,300 positive tests on Guam since mid-March, 192 of them have been service members, primarily airmen and sailors, Lt. Cmdr. Rick Moore, spokesmen for Joint Region Marianas, told Military Times on Aug. 29.

The Rise Of Mullah Yaqoob, The Taliban's New Military Chief

The military appointment in May of Mullah Yaqoob, who is thought by some outsiders to support the peace process, followed the signing of a landmark deal between Taliban and the United States in February aimed at withdrawing foreign troops and ending the 18-year insurgency. But the selection of such an inexperienced commander has also hinted at possible divisions within the Taliban, which has undergone bitter leadership transitions and growing internal dissent in recent years.

On his first birthday spent as a POW in Nazi-occupied Romania, Army Air Corps Capt. Clay Ferguson penned a few thoughts on growing older. “Today I am 24 years old,” he wrote in a prison diary dated Dec. 27, 1943. “I never thought I would live to be so old. It’s hard to believe that I am approaching middle age. I suppose a man’s life goes pretty fast from now on.” There are reasons Ferguson may have felt like an old man. Less than four months earlier, the B-24 bomber on which he served as navigator, The Boomerang, was shot down during a daring raid on the Ploesti oil fields in Romania. All 11 crew members survived and were taken prisoner, but Ferguson suffered severe injuries.