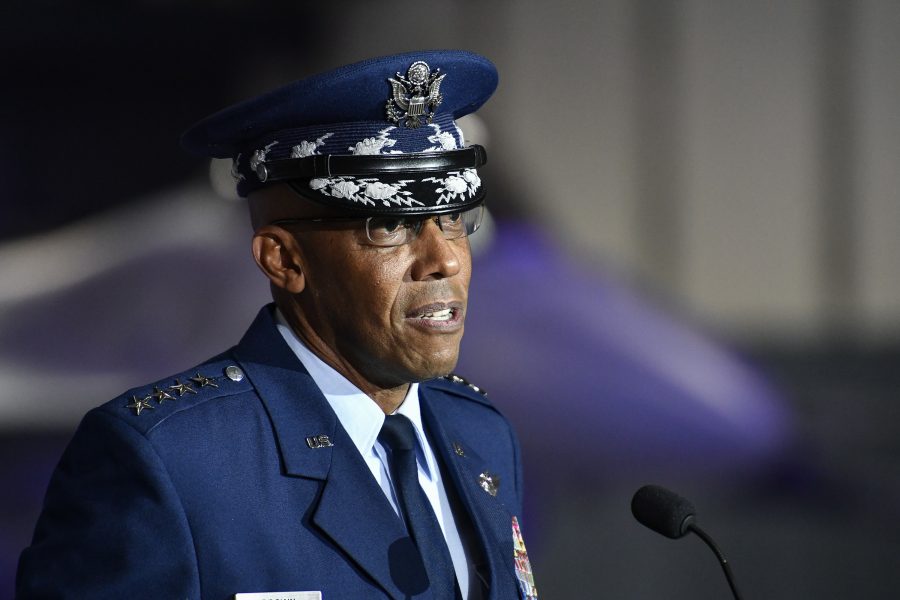 The Air Force has a window of opportunity to change and it must do so quickly, because “our advantage as a nation, as an Air Force, as a joint team, is eroding,” Chief of Staff Gen. Charles Q. Brown Jr. said Aug. 29, noting the service this week will release a paper called, “Accelerate Change or Lose.”

The Air Force has been engaged in conflict—mainly in the Middle East—for the last 30 years, he explained, while “at the same time, our adversaries, …China and Russia, have done things to accelerate and or move to impact our advantage. And so, our advantage is eroding, so that’s why I say accelerate change or lose,” Brown said during a speech at the virtual National Guard Association of the United States conference.

The potential consequences of not adapting are dire, Brown said: “Look at losing a great power competition. Look at losing a high-end fight. Look at losing quality Airmen, losing our credibility. And, unfortunately, I’m also thinking about how we might lose aspects of our national security.”

Brown outlined four “key factors” that will allow the service to accelerate that change now. The first is the stand-up of the Space Force.

“We weren’t given any additional manpower to stand up the Space Force,” he said,” And so, as the Space Force stands up, it gives us an opportunity to look at ourselves internally … and make some changes.”

The COVID-19 pandemic and the changes that have been required because of that are another factor, as is the increased focus on racial disparity in the United States, he said.

“We’re taking a hard look at ourselves, not only as a country, but really across the Air Force as well,” he said.

The fourth factor that is providing the opportunity for change is defense funding, he said.

Brown believes that “no matter who gets elected in November, the budget has already hit the high-water mark for the Department of Defense,” which means the service must take a “hard look” at itself and “make some tough decisions.”

The new Chief is also focused on how to “empower Airmen and build leaders,” he said, describing a scenario in which communication lines are compromised and Airmen in the field must make decisions without guidance from commanders.

“You can’t do that waiting until you get into a high-end fight,” he said. “Those are things we’ve got to be able to do on a day-to-day basis.”

Space Force Chief of Space Operations Gen. John W. “Jay” Raymond, speaking after Brown at the virtual NGAUS conference, also highlighted the need for rapid change, “to stay ahead of our adversaries and competitors.”

Still, Raymond said, he has “a much easier job than Gen. Brown.”

While Brown “has to take an organization and transform it, we get an opportunity to start with a clean sheet of paper in the United States Space Force, and to be bold in our efforts, and to start fresh on everything,” he said.

Large organizations can’t move fast enough to do what’s necessary in the space realm, he said, so Space Force “must be small, we must be agile.” To that end, the service has been “slashing bureaucracy,” which should also shrink the “decision space,” or the space between those who make the decisions and those who do the work, he said.

“We’re going to increase our accountability and increase our speed,” Raymond said. “So we’re excited about that going forward.”

As for the Air Force, Brown said it can’t change by itself, and must collaborate and communicate with Congress, with the Office of the Secretary of Defense, with the Air National Guard, and with industry partners.

“We’ve got to have a conversation. We can’t wait to the very end, and table drop a good idea and expect everybody’s going to buy in,” he said.