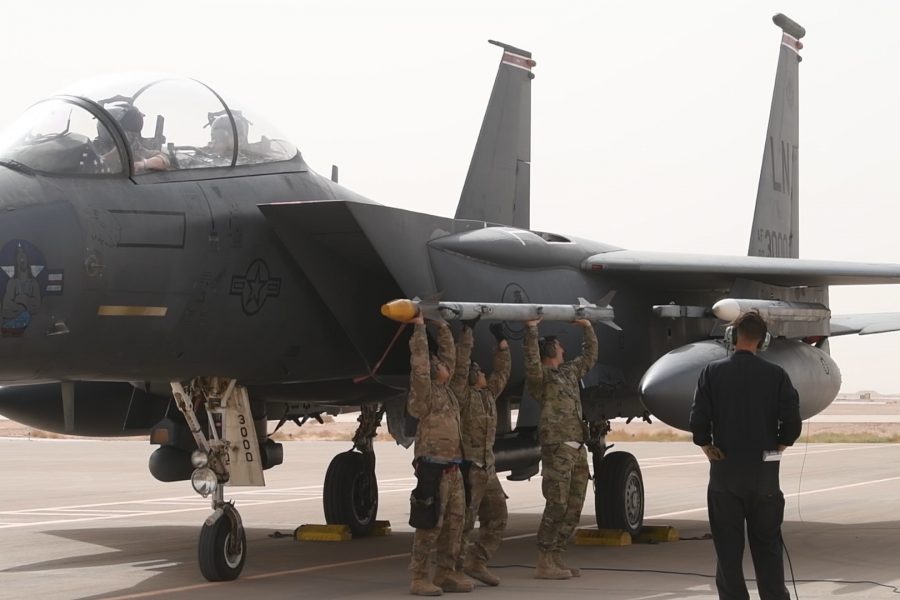 U.S. Central Command has ordered a stop movement for all forces deploying to the Middle East to allow for a 14-day quarantine to counter the spread of the new coronavirus.

Under the order, announced March 20, forces deploying to U.S. commands or coalitions in the area of responsibility will be quarantined for two weeks at their point of embarkation prior to the deployment “so that they will be cleared for duty upon arrival as a prudent precaution to maintain critical combat and combat support functions,” according to a command release.

The quarantine will “potentially reduce stress on limited medical facilities and resources” at bases throughout the region.

As a result, some personnel will have their deployments extended while their replacements are quarantined, according to CENTCOM.

“This policy is not intended to otherwise delay or prevent the flow of service members or units out of the U.S. Central Command area of responsibility,” the command said. “This policy is also not expected to delay the drawdown in forces from Afghanistan as part of the U.S. agreement with the Taliban.”

On March 19, Resolute Support announced it was stopping deployments into Afghanistan to allow for a quarantine. As of that announcement, 21 personnel with the mission had shown flu-like symptoms and were being isolated.

In Iraq and Syria, Combined Joint Task Force-Operation Inherent Resolve has halted its training mission, both as a result of successes against the Islamic State group and because of the coronavirus outbreak. As a result of this pause, some coalition personnel are returning to their home countries “in the coming days and weeks,” the coalition said in a March 20 release.