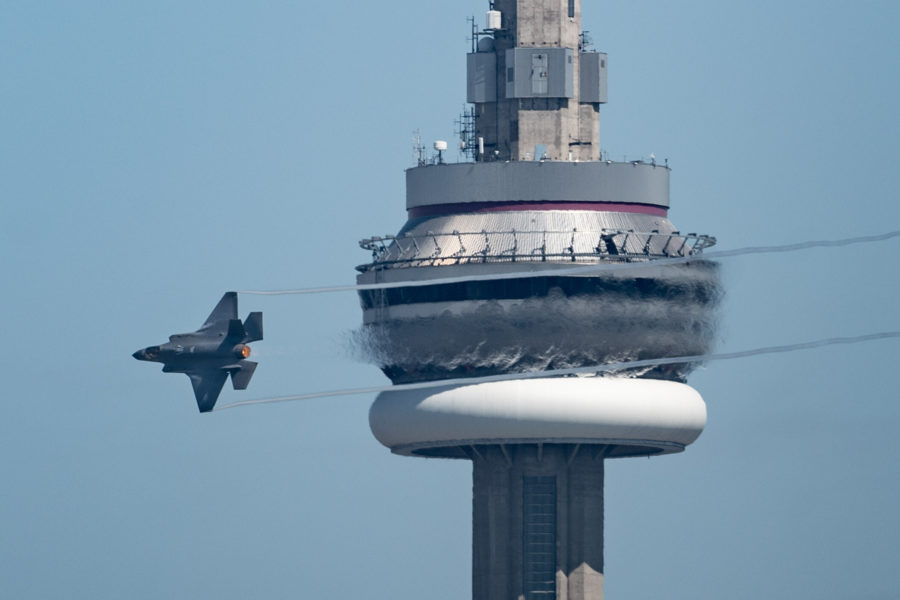 Canada has finalized a deal with Lockheed Martin and engine-maker Pratt & Whitney to buy 88 F-35A fighters after protracted political uncertainty over the purchase. Deliveries to Canada, one of the original F-35 developmental partners, will start in 2026.

With the sale, Canada becomes the 17th nation that is either already equipped with the F-35 or has taken formal steps to acquire it. Switzerland and Germany were the most recent customers, ordering 36 and 35 F-35As last year, respectively.

The on-again, off-again Canadian buy was finalized Jan. 9 after Ottawa announced in 2022 that the F-35 had prevailed in the Future Fighter Capability Project competition. It had previously won another Canadian competition in 2010, but several administrations in Ottawa tabled the purchase and restructured Canada’s combat aviation plans. The acquisition remains a contentious political issue in Canada.

Canada went out to industry with a request for offers in 2017, which also brought proposals on the Boeing F/A-18E/F, Eurofighter Typhoon, the French Dassault Rafale, and the Swedish Saab JAS-39 Gripen, all but the last of which were ruled out or withdrew. The Gripen was eliminated early last year, but Saab said it had been unfairly evaluated.

The Royal Canadian Air Force expects to reach full operational capability for its 88 F-35s between 2032 and 2034. The cost of buying the jets is estimated to be about $15 billion in U.S. dollars, $19 billion in Canadian dollars, and Canada is budgeting a life-cycle cost for the F-35 at $52 billion U.S., $70 billion Canadian. The F-35s will replace Canada’s older F/A-18A/C fleet, which is nearing 40 years in age.

The Canadian defense ministry said the jets will be acquired in a “staggered” fashion. The first batch of aircraft will comprise 16 F-35As.

The sale includes sustainment and training, weapons, spares and facilities construction at two sites in Canada.

“This is the largest investment in the RCAF in the last 30 years,” the Canadian ministry of defense said in a press release, and will include new facilities construction at the Bagotville, Quebec and Cold Lake, Alberta bases. The agreement is the result of an “open, fair and transparent competition,” the ministry said.

“As the rules-based international order is challenged around the world, the F-35 will be essential for protecting Canadians, enhancing Arctic security and national sovereignty, and enabling Canada to meet its NATO, NORAD and other obligations well into the future,” the defense ministry said in its release. “The Government of Canada will continue to do whatever it takes to protect Canadians and make continued, significant investments to give the members of our Canadian Armed Forces the equipment that they need to do their jobs.”

As an original developmental partner in the F-35, Canada invested about $200 million in the program in exchange for participation in its technology and support enterprise. Because of that status, the sale will be managed neither as a straight commercial transaction nor as a Foreign Military Sales program, but a hybrid. The aircraft will still come through the U.S. government, however, under the aegis of the Joint Program Office, which manages the F-35 enterprise for the U.S. and its partners.

The agreement “meets Canada’s requirements and outcomes, including value for money, flexibility, protection against risks, performance, and delivery assurances,” the ministry said. It also touted the economic benefit for Canada, saying the sale “has the potential to contribute over $425 million annually to Canada’s gross domestic product, and close to 3,300 jobs annually for Canadian industry, and value chain partners over a 25-year period (direct and indirect).”

The statement added that defense officials “conducted extensive engagement with suppliers, including Canadian aerospace and defense industries, to ensure that they were well positioned to participate in the procurement.”

The F-35 “is the best in the world, providing unmatched interoperability to America, Canada, and the additional 15 nations that have selected the fighter. It is a global game-changer. Through power-projection, the F-35 is at the tip of the spear for deterrence. Its forward presence will continue to ensure that potential adversaries choose diplomacy over armed conflict,” he said.

Lockheed said the F-35 operates from 27 bases worldwide, with nine nations operating it “on their home soil.” There are more than 890 fighters now in service.

The JPO inked a deal with Lockheed on Jan. 3 for production Lots 15-17 of the F-35, which will be the first to have the Tech Refresh 3 modifications underlying the Block 4 upgrade of the jet.