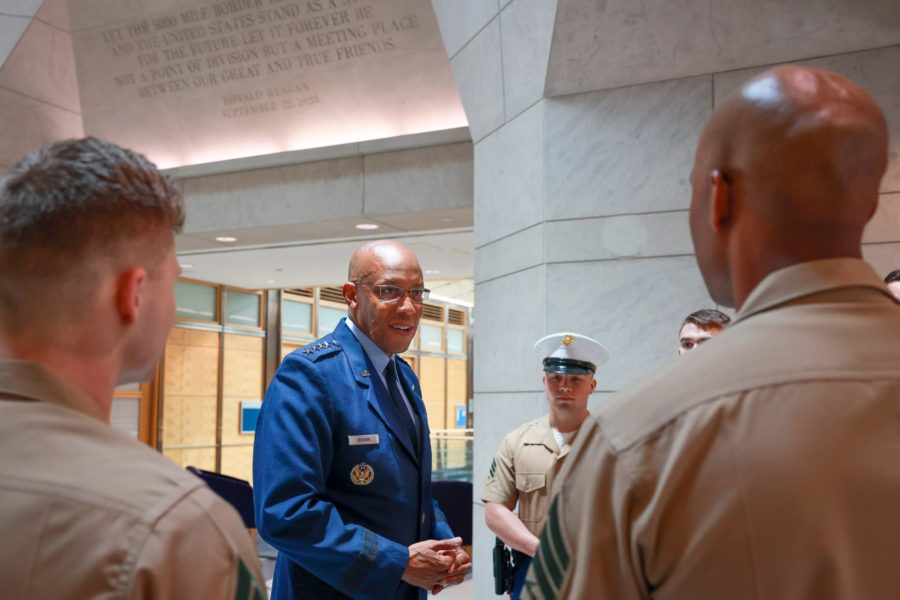 Air Force Chief of Staff Gen. Charles Q. Brown Jr. made a trip across the northern border, meeting Royal Canadian Air Force officials in Ottawa to discuss some of the key issues between the two services.

Modernizing NORAD has been an area of interest for years now but got a boost in November 2021, when U.S. Defense Secretary Lloyd J. Austin III and Canadian National Defense Minister Harjit Sajjan released a joint statement outlining their priorities for the effort, including better, more integrated command and control systems, investments in situational awareness, research and development, and capabilities to defeat aerospace threats.

In particular, that joint statement highlighted the need for “next-generation over-the-horizon radar systems that can dramatically improve early warning and persistent surveillance of North American airspace and approaches” to replace the aging North Warning System.

Details on that next-generation system have not been officially announced, but the Ottawa Citizen reported in April that Royal Canadian Air Force officers had briefed industry officials about plans to spend $1 billion on a new radar system to be built in southern Canada with over-the-horizon capabilities.

Also during Brown’s visit to Canada, RCAF officials raised the importance of the Arctic region, emphasizing how their country’s “insights have been vital to identifying new opportunities for cooperation.”

The U.S. and Canada have frequently collaborated in Arctic exercises and efforts. As the region becomes more and more contested by both Russia and China, and as the effects of climate change open it up for more competition, USAF has defined a strategy for the region and promised more investments.

“We are committed to working with the Royal Canadian Air Force on modernizing NORAD and on Arctic security to meet modern challenges in defense of North America,” Brown said in the statement. “Our continued collaboration is helping better prepare us to meet future challenges in the region together. I’m grateful for our partnership and look forward to building on our productive talks.”

The Canadian government picked the F-35 in March as the preferred bidder for its next fighter jet, announcing plans to buy 88 of the fifth-generation aircraft. Deliveries would be slated to start in 2025.

However, the final contracts with Lockheed Martin have not been signed as negotiations are ongoing, and according to Global News, Procurement Minister Filomena Tassi has warned that it is not guaranteed that a deal will be reached. Canada’s history with the F-35 is a fraught one. Initial plans from 2010 to buy 65 of the jets became a political issue, and then-candidate for Prime Minister Justin Trudeau promised on the campaign trail in 2015 to cancel any F-35 orders.

Now in office, Trudeau and his government have reversed course, but critics say they remain frustrated by the delays.

Brown, for his part, “noted that the increased capabilities and interoperability afforded by a common platform would bolster the continental defense partnership,” according to the USAF release. Should Canada finalize a deal for F-35s, it would join the U.S., Finland, Norway, and Denmark as Arctic nations that either operate or have agreed to buy F-35s.