B-2s Back in the Air 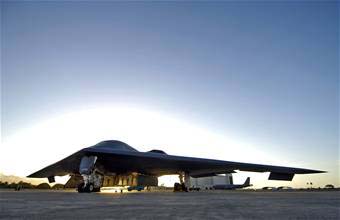 bombers of the 509th Bomb Wing are flying again, after a two-month “safety pause,” Air Combat Command officials said April 16. Flying resumed at noon April 15 at Whiteman AFB, Mo., home of the B-2 fleet, they said. The wing directed the standdown after the crash of a B-2 February 23 at Andersen AFB, Guam. Officials didn’t want to fly the bombers until they were sure there wasn’t an inherent safety defect with the remaining 20 B-2s in the fleet, including the three other B-2s that were deployed to Guam for a rotational stint with the airframe that crashed. A safety investigation board identified a problem with the flight control system in the doomed aircraft, and the Air Force issued a time change technical order requiring all B-2s to be modified, the officials said. An accident investigation board is still working, and its findings are expected in about a month. During the standdown, ground crews continued to perform normal maintenance on the B-2s, and flight crews flew T-38s and simulators to keep up their proficiency. It isn’t known yet whether they will recover their lost flying time in the bombers. A wing spokesman said the standdown reflected a desire to have a “safe and deliberate return to flight.” The three B-2s at Guam are now free to return to Whiteman. An ACC spokesman said the Air Force hasn’t decided yet what will become of the charred wreckage of the crashed B-2. A service official said some of the airplane, much of which is made of composites and plastic, melted into “a black goo,” but didn’t apparently present any pressing environmental concerns. Non-official photos of the carcass circulating on the Internet suggest it cannot be made presentable enough to be a “gate guard” or displayed in a museum.