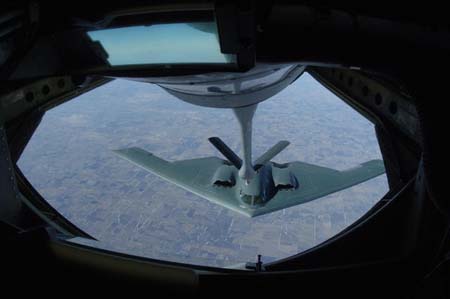 he Air Force’s fleet of B-2 bombers is still on a “safety pause” more than one month after the crash of one of the stealth bombers Feb. 23 on Guam. This means USAF’s 20 B-2s aren’t flying for now at the discretion of Brig. Gen. Garrett Harencak, the B-2 wing commander at Whiteman AFB, Mo. But neither have they been formally grounded by the commander of Air Combat Command. So they are available to fly if needed. ACC spokesman Josh Aycock confirmed to the Daily Report March 26 that the safety pause is still in effect and that the ACC-directed safety investigation board is still conducting its look into the mishap. Aycock wouldn’t speculate on how long it will take until the SIB report will be completed and briefed to ACC Commander Gen. John Corley. The B-2 that crashed was one of four that deployed last October to Andersen AFB, Guam, for a four month stint there. The Kansas City Star reported March 25 that the three other B-2s are still on Guam.