No More “Spirit of Kansas” 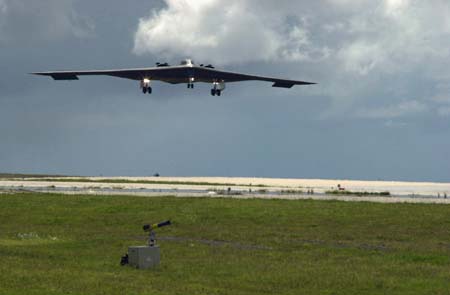 rding to The Honolulu Advertiser, the B-2 bomber that crashed Feb. 23 at Andersen AFB, Guam, was the “Spirit of Kansas.” The Air Force, per various news reports, has ordered a “pause” in flying the stealth bombers, whether deployed or at home with the 509th Bomb Wing at Whiteman AFB, Mo. The service wants to review safety procedures for a time, but officials say the bombers would fly if needed. The Advertiser also reports that one of the two pilots who ejected before the crash is at Tripler Army Medical Center in Hawaii, recovering from a “spinal compression injury.” The other pilot was released after medical evaluation. The Air Force now has a total of 20 B-2s after this first crash of the stealth bomber.