Skip to content
A BQM-167 launches over the Gulf of Mexico May 12 at Tyndall Air Force Base, Fla. This subscale target is used for live weapon system evaluations and testing. The 82nd Aerial Targets Squadron operates QF-4, QF-16 and BQM-167 targets to provide manned and unmanned aerial targets support for programs across the Department of Defense. U.S. Air Force photo/Sara Vidoni 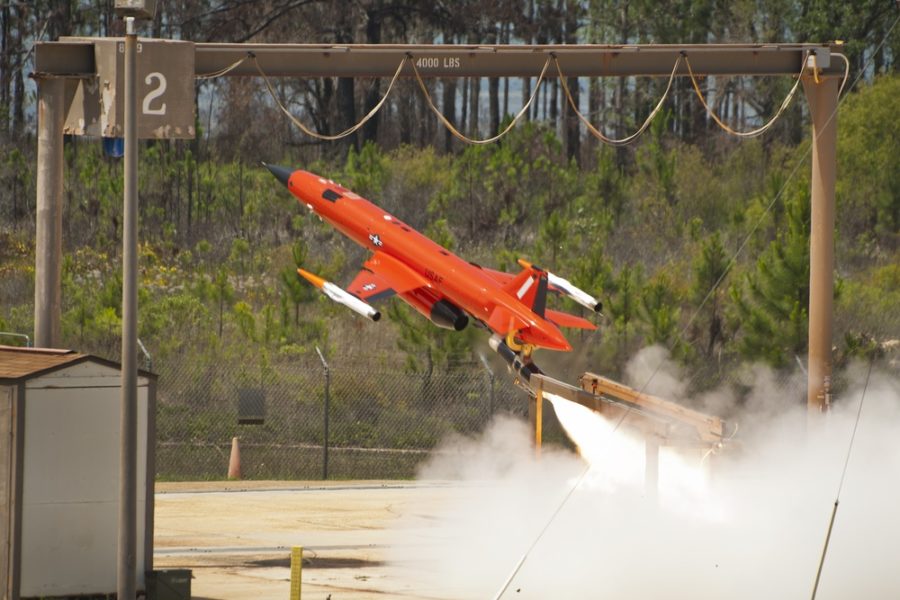 The BQM-167 is boosted to flying speed from a launch rail via a solid-fuel Rocket-Assisted Take Off (RATO) motor which is then jettisoned. BQM-167 is capable of representing air targets maneuvering at up to nine Gs at speeds up to Mach 0.91 and altitudes between 50 and 50,000 feet.

The drone is constructed of durable, lightweight composites, equipped with a recovery parachute, and depending on its condition capable of being refurbished and reused.

BQM-167s incorporate a scoring system and a range of threat-simulating
systems/stores including IFF, EA pods, IR/radar countermeasures as well
as IR/radar signature augmentation to simulate a variety of threats.