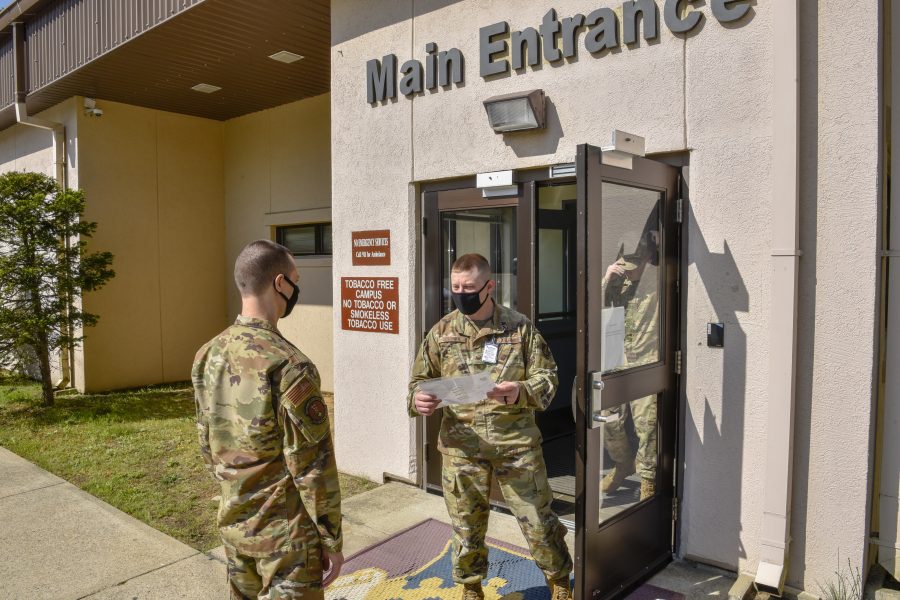 U.S. Forces Korea is lowering its health protection condition effective May 20 for forces across the country, except for the greater Seoul area, as South Korea makes progress with its efforts to control the coronavirus outbreak.

The command, in a May 18 release, said that “based on South Korea’s current COVID-19 conditions remaining favorable to their newly implemented social distancing and preventive measures,” the HPCON level will lower to “Bravo.” The direction includes Osan and Kunsan air bases.

This means troops will be allowed to sit in restaurants, go shopping, and conduct outdoor activities while maintaining social awareness and wearing a mask when needed.

U.S. personnel are still barred from clubs, bars, and other adults-only establishments.

The protection level remains at its highest in the Seoul region, which has seen new cases arise recently. Travel to that region is off-limits, except for official and necessary duties, according to USFK.

“I have complete confidence that the recent outbreak will be quickly contained and suppressed due to their proactive and aggressive measures taken so far,” USFK boss Army Gen. Robert Abrams said in the release. “Our combined efforts to effectively combat this virus have been outstanding and the time is right to lower our HPCON level.”

USFK was among the first in the Defense Department to raise the health protection condition to Charlie, the second-highest level, in February as the COVID-19 outbreak grew in South Korea. The command increased its screening procedures at base control points and increased telework, Abrams said in a March briefing.

“This is not an administrative task, this is not a medical task, and it’s not a routine event, but it’s an operation,” Abrams said. “We are conducting 24/7, round-the-clock operations, and have been since 27 January. We’ve approached it similarly to how we operate in combat. We apply speed and violence of action on contact.”