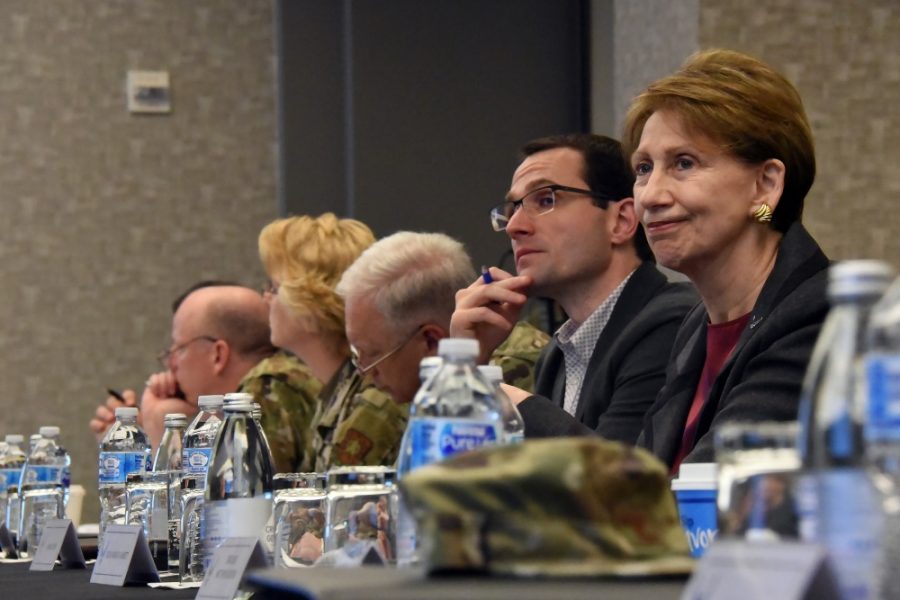 The Air Force is gearing up to host its inaugural “Pitch Bowl” in March 2020, an event that will bring together the best ideas from the growing pool of Pitch Days where companies try to snag a military contract without the years-long wait of traditional procurement.

Will Roper, the service’s assistant secretary for acquisition, technology, and logistics, floated the idea of a “big Super Bowl of Pitch Days” at the Air Force’s first quick-investment event in March 2019. The events work with companies through the federal Small Business Innovation Research program, via a series of written submissions, minutes-long live presentations, and the swipe of a credit card. Contracts are worth up to $1 million and can last up to two years.

Whereas Pitch Days focus on a particular technology portfolio and offer early-stage development contracts, the bowl offers the next step: a path to greater research and development funding, the commercial market, and the Air Force’s inventory. The Pentagon is increasingly interested in “dual-use” technologies that can be sold to both the military and the general public.

The Air Force has hosted a slew of pitch events since its first in New York earlier this year, and it expects to hold about a dozen overall in 2019. Those have looked at new ideas for unmanned aerial systems; the Kessel Run coding center; space; simulators; the F-35; science and technology, broadly; the fighter and bomber portfolio; rapid sustainment; mobility and training aircraft; the intelligence, surveillance, reconnaissance, and special forces portfolio; airborne communications; hypersonic technologies; and base modernization.

The Air Force hasn’t finalized its participants for the Pitch Bowl in Washington, D.C., which appeared in announcements about the hypersonics Pitch Day but is still under wraps.

According to the Doolittle Institute, an organization that helps bring Air Force Research Laboratory technologies to the private sector, the seven companies that received contracts in the hypersonics competition were invited to the Pitch Bowl: Advanced Silicon Group; Fourth State Communications; GoHypersonics; Powdermet; Spectral Energies; UES; and Ursa Major Technologies.

Roper told reporters at a space-focused competition in November that as the service increasingly focuses on software, it should also boost its investment in hardware so the software has somewhere to go. He has also suggested the Air Force should use the Pitch Day concept in its major acquisitions.

“Why should we let someone build an airplane or satellite, unless they bring in their design team and production team?” Roper said earlier this year.

Service spokeswoman Capt. Cara Bousie said that while Pitch Days have made it easier for small companies to access and partner with the Air Force, and that contractors are “paid faster than ever,” the service can do more to help companies through the process.

“There are a lot of avenues to reach out to AF [and for different phases], but sometimes it’s not totally clear which avenue is the best/most appropriate for small businesses,” Bousie said. “In response, AF is working quickly to streamline and clarify access points and share concise guidance to partnering.”