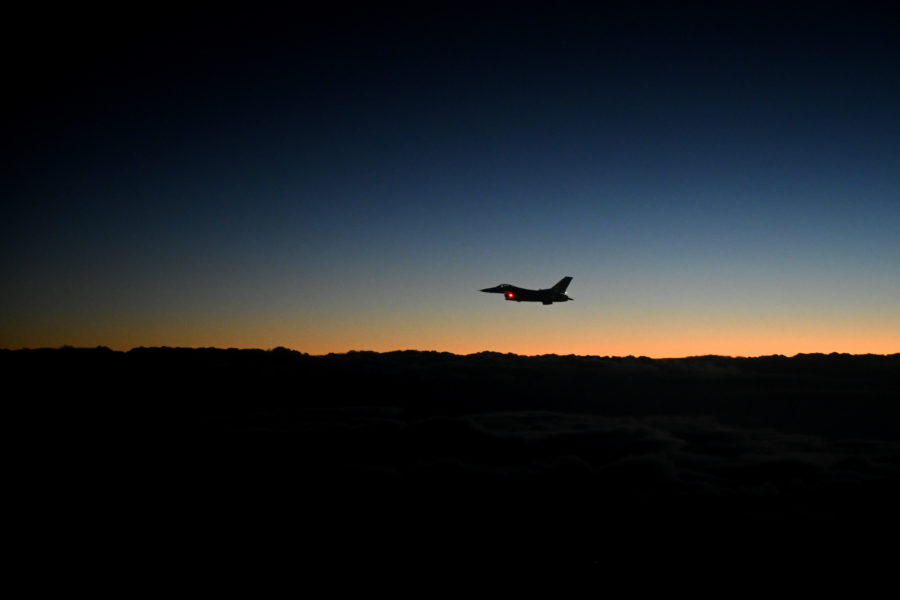 The Department of Defense’s senior policy official laid out the Biden administration’s security strategy for the Middle East.

In a speech in Bahrain on Nov. 18, Colin Kahl, undersecretary of defense for policy, said the U.S. is still committed to the region despite a shift in its security focus away from the Middle East and toward Russia and China in the new National Defense Strategy.

“We haven’t gone anywhere,” Kahl said at the Manama Dialogue security forum. “What I can guarantee is that we continue to have vital national interests in this part of the world. And a lot has changed, but that has not. That has not changed.”

After more than two decades of U.S. wars in the Middle East, the new NDS is continuing the Trump administration’s shift toward deterring Beijing and Moscow. Kahl’s comments sought to assuage concerns on the part of Arab partners and Israel that the U.S. military commitment is shrinking as Iran’s nuclear program is growing. Kahl augured that the U.S. still has the ability to rapidly project power into far-flung regions and react to flare-ups in the Middle East.

“In the future, success in how we fight will not be determined by the simple arithmetic of boots on the ground but rather by maintaining our readiness to rapidly respond by flowing forces where they are needed globally, and to fall in with interoperable allies and partners,” he said.

Recently, the Air Force has dispatched bombers and fighters to the U.S. Central Command (CENTCOM) region that are not normally based in the area. Those deployments have been touted as examples of America’s capability to respond when needed.

Kahl also highlighted another Air Force element that the U.S. hopes to build on: Task Force 99, an Air Forces Central detachment that is exploring the use of unmanned aerial systems. He also cited the Navy’s Task Force 59, which fields maritime drones, and other activities focused on technological advancement.

“The pace of technological change demands that we do business differently, and CENTCOM has become a critical hub for innovation and experimentation,” Kahl said. “The region itself is moving fast to embrace the opportunity of technology with the United States in a supporting role. The U.S.-Saudi combined Expeditionary Robotics Operation Center is a great example of the innovation emerging from within this region. Even as the United States upgrades its approach to security, our commitment to the region is enduring.”

The U.S. has continued military operations under CENTCOM as part of the coalition that is carrying out Operation Inherent Resolve against ISIS.

“The leadership of many of you here today is directly responsible for the dismantling of terrorist networks and assistance to vulnerable populations, but there is still more work to do,” Kahl told the gathering of regional security leaders. “We must stay the course and continue to expand and improve our coalition to fight the stateless extremist organizations that continue to threaten our security.”

Kahl said the U.S. remains the most reliable partner in the region and cautioned countries against associating themselves with Russia or China. The U.S. and its partners view Iran as a major regional threat, National Security Council strategic communications coordinator John Kirby said Nov. 18. Yet Russia has associated itself with the theocratic regime in Tehran by acquiring Iranian-made drones for its war in Ukraine, Kahl said.

“Turning to Beijing or Moscow to check Tehran strikes me as a fool’s errand,” Kahl said. “It’s never going to work. And, in fact, it’s even less likely to work with Russia than at any time in the past because Russia used to be the big brother in the equation. And now their army has been so attrited in Ukraine that they are now dependent on Tehran. They’re so desperate. They’re going to the Iranians for drones and Pyongyang for artillery. So they’re not going to deliver the security that the region needs.”

China, Kahl argued, does not make weapons as well as the U.S. Further, countries that cooperate closely with China will limit their potential for deeper integration with the U.S. due to American security concerns about that Chinese presence.

Despite a smaller U.S. footprint in the Middle East, Kahl said the U.S. offers the best prospect for cooperating against common foes.