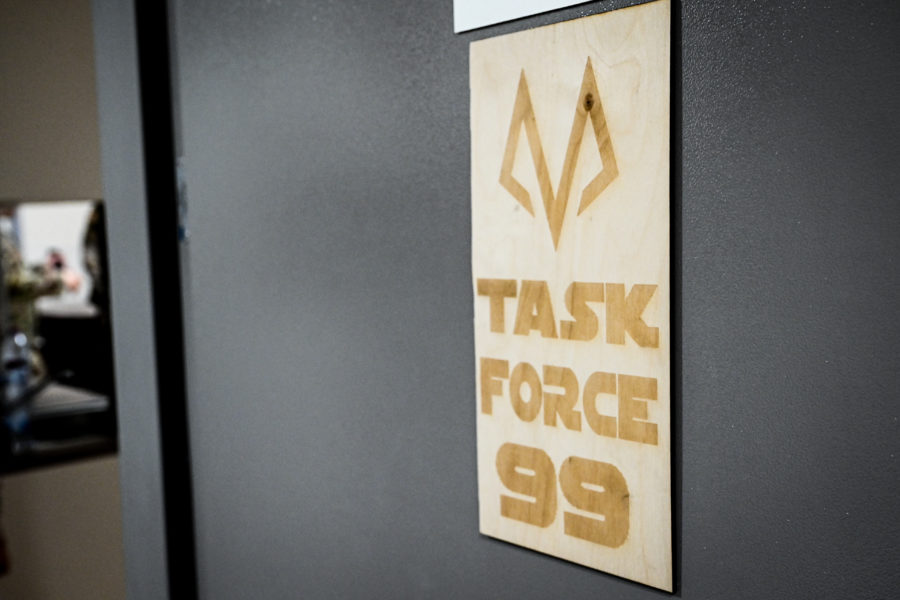 U.S. Central Command (CENTCOM) is standing up task forces in hopes of harnessing new technology in innovative ways. The command wants to augment its modest military footprint in the region and to counter potential adversaries. In mid-October, the Air Force’s component, Task Force 99, came online, according to CENTCOM and Air Forces Central (AFCENT). The effort is small for now but is part of a broad effort to boost invention across all U.S. services in the region.

Drones have been a ubiquitous part CENTCOM’s operations in the 21st century. U.S. unmanned aerial systems have been a symbol of America’s Global War on Terror, performing reconnaissance and strikes in support of U.S. military efforts. In recent years, U.S. forces have faced threats from cheaply produced ISIS- and Iranian-made drones targeting U.S. troops and their allies.

“That threat of things coming in from the air, I think, makes the need even more important, and it makes it more urgent,” CENTCOM spokesperson Col. Joe Buccino said.

A small team is carrying out the main Task Force 99 effort at AFCENT’s headquarters at Al Udeid Air Base, Qatar, experimenting with variable payloads on small drones. There is also a two-person “satellite innovation cell” at Ali Al Salem Air Base, Kuwait. Both groups plan to grow their numbers. The service has not identified what the ultimate goal of the program will be.

“I’m trying to give them as much of a blank slate as I can,” Lt. Gen. Alexus G. Grynkewich told reporters in September at AFA’s Air, Space, & Cyber Conference when he announced Task Force 99, originally known as Detachment 99.

The unit is part of a push throughout CENTCOM under Gen. Michael “Erik” Kurilla, who took command in April. CENTCOM says it is a top-down effort to support bottom-up ideas.

The effort began in 2021 with the Navy’s Task Force 59 under the leadership of Vice Adm. Charles “Brad” Cooper, who is Grynkewich’s Navy counterpart in the region.

Cooper’s U.S. Fifth Fleet has turned to a network of seaborne drones to monitor the waters around the Arabian Peninsula. Task Force 59 made international headlines in early September when two of its Saildrone unmanned vessels were briefly seized by Iranian warships before being returned without their cameras.

With the release of the 2022 National Defense Strategy, the Middle East is now deemed to be a lesser priority than China and Russia. CENTCOM’s forces, however, are still supporting and advising Iraqi and Syrian partners as part of the counter-ISIS campaign, Operation Inherent Resolve. Since the region is no longer the primary focus of American military strategy, it must make the most of its current resources.

Grynkewich said he hopes cheap drones can help free up some of his manned aircraft in addition to offering new capabilities, though he has not set any firm requirements.

The ultimate plan for Task Force 99 has yet to be spelled out. AFCENT and CENTCOM insist this is by design, and that using small drones in new ways in an active combat zone will lead to advances and failures.

“The region is ripe for experimentation,” Buccino said. “We’ve got actual drones and rockets, targeting our infrastructure, our troops. We’ve got kinetic activity.”

The Task Force 59 and Task Force 99 efforts will eventually be combined in some form, according to CENTCOM. The command declined to provide further details.

The Army has its own Task Force 39 in the “concept phase,” according to Buccino.

“This is a priority of the CENTCOM Commander Gen. Kurilla, innovating using these platforms in a different way,” Cooper told reporters Oct. 12. “It’s not random that Task Force 59 been modeled with Task Force 99, and that we would link together in synchronized efforts.”