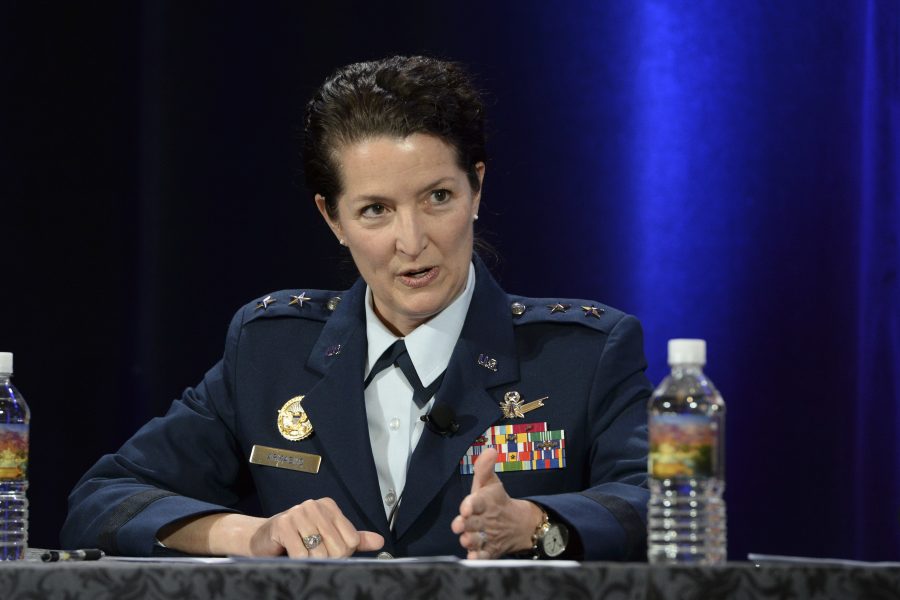 Armagno, Liquori, and Saltzman are headed for posts in the Office of the Chief of Space Operations at the Pentagon.

Armagno, currently the space programs director in the Air Force’s acquisition branch, would become the Space Force’s staff director. Liquori, the Space Force’s director of strategic requirements, architectures, and analysis at Peterson Air Force Base, Colo., would become deputy CSO for strategy, plans, programs, requirements, and analysis. Saltzman, a former multidomain command and control expert for the Air Force, is leaving his job as deputy commander of U.S. Air Forces Central Command in Qatar to serve as a deputy CSO overseeing operations and cyber and nuclear forces.

If confirmed, the three officials will become part of the inaugural leadership slate in the new Space Force’s top office as the service builds its organization. SpaceNews recently reported the office is projected to have about 200 personnel, making it much smaller than the leadership hub of the other armed forces.

The publication noted that the Space Force plans to hire three-star generals to be chief operations officer and chief strategy and resourcing officer, as well as civilians for the jobs of chief human capital officer and chief technology and innovation officer.

Meanwhile, Whiting will become the head of Space Operations Command, the organization that manages the Space Force’s satellites, radars, and other combat-related assets. He is staying at Peterson, where he currently serves as the Space Force’s deputy commander.

Outside of the Space Force, Esper also announced a promotion for USAF Maj. Gen. Sam C. Barrett to lieutenant general and assigned him as the Joint Staff’s logistics director. Barrett will leave his post as commander of Air Mobility Command’s 18th Air Force at Scott Air Force Base, Ill.