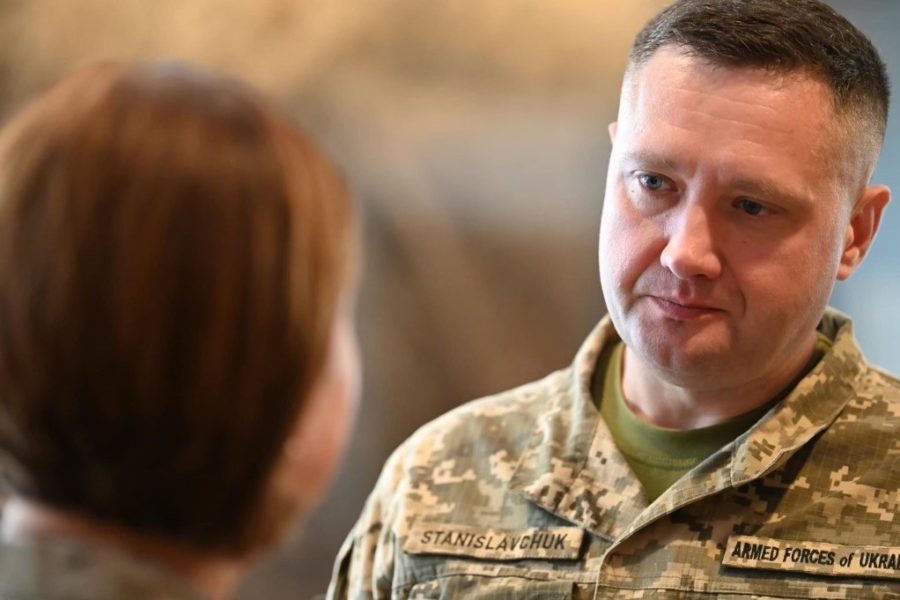 Russians ‘Running Away’ From Ukraine NCO Corps Is an Example to Partners, Air Force Leaders Say

“The Ukrainian government saw the need to get past the Soviet model of training NCOs and create a more Western model with the help of NATO and the help of the United States of America,” Senior Enlisted Advisor to the Chairman of the Joint Chiefs of Staff Ramón “CZ” Colón-López told NCO leaders from 65 nations and NATO.

“It’s no mistake and no chance that the Russians are running away from them right now,” he told the Air Force chief master sergeant equivalents. “They’ve trained more specifically on the access to information and the empowerment of those NCOs.”

Air Force Secretary Frank Kendall and Air Force Chief of Staff Gen. Charles Q. Brown Jr. also spoke to the group on the themes of “integrated deterrence” and “integrate by design” for leveraging all elements of national power, themes that will be discussed in more depth throughout the week.

“Give us the weapons, and we will keep fighting until we can’t fight anymore,” Stanislavchuk said to applause from the enlisted leaders.

Stanislavchuk said battlefield progress against a superior force is thanks to Ukrainian courage and empowered enlisted soldiers. He gave an Aug. 1 battlefield tally of 223 Russian military jets and 190 Russian helicopters shot down and more than 41,000 Russians killed.

“The NCOs are not just there to follow orders, but they are there to make decisions and think outside the box,” he said. “On the Ukrainian side, we’re seeing more and more, especially with our junior NCOs and junior commanders, they are working together, and they’re able to become more leaders and make those decisions.”

Stanislavchuk observed that Russia is trying to do the same when its officers are killed on the battlefield.

“Whenever we destroy their higher power ranking officers and lieutenants, we’re seeing they’ve actually tried to lean on their NCOs more and more now,” he said. “But the NCOs are not prepared to make those decisions. They will not take that risk.”

In a pull-aside interview, Colón-López told Air Force Magazine that Ukraine is an example to the partner nations in attendance of what happens when you put your trust in an NCO corps and create an empowered force, and one that is interoperable with the United States.

“They went all in from creating institutions for NCO development to creating special operations forces that are more autonomous,” he explained. “So, from 2014 to 2019, you get the military that you see today, fighting the Russians, that is actually putting up a good fight.”

Colón-López said relationship-building with the partner nations present is directly aligned with the National Defense Strategy.

“With the National Defense Strategy being heavy on the reliance with partners, it’s important for us to continue to cultivate these relationships,” he said. “We’re not here to tell them to do things the way that we’re doing it. We just want to make them aware of all the effort that we’re putting forward on a global stage to be able to be to interoperate, if needed.”

Chief Master Sergeant of the Air Force JoAnne S. Bass told Air Force Magazine on the sidelines of the summit that bringing together the senior enlisted leaders to see a success story in Ukraine deepens their commitment to work with the United States.

“We know that we are a stronger United States Air Force when we have the partnerships and relationships with our allies,” she said.

“When everybody leaves here this week, we will have made connections with lots of different nations to be able to talk about force development, force structure—what is a command team? And how do we grow our forces,” she added. “Relationships aren’t built overnight. And so, we have to have touch points like this, where we come together and forge the relationships and trust that we’re going to need for years to come.”

The training of a strong NCO corps like that of Ukraine is also an asymmetric advantage against China, Bass said.