Skip to content
Tech Sgt. Christopher Jacques, a defender with the 104th Fighter Wing and a member of the Lowell, Massachusetts Police Department, trains security forces Airmen on challenging and apprehending intruders during a base defense exercise at Barnes Air National Guard Base, Mass., on May 17, 2016. ANG photo by Master Sgt. Julie Avey.
Expand Photo 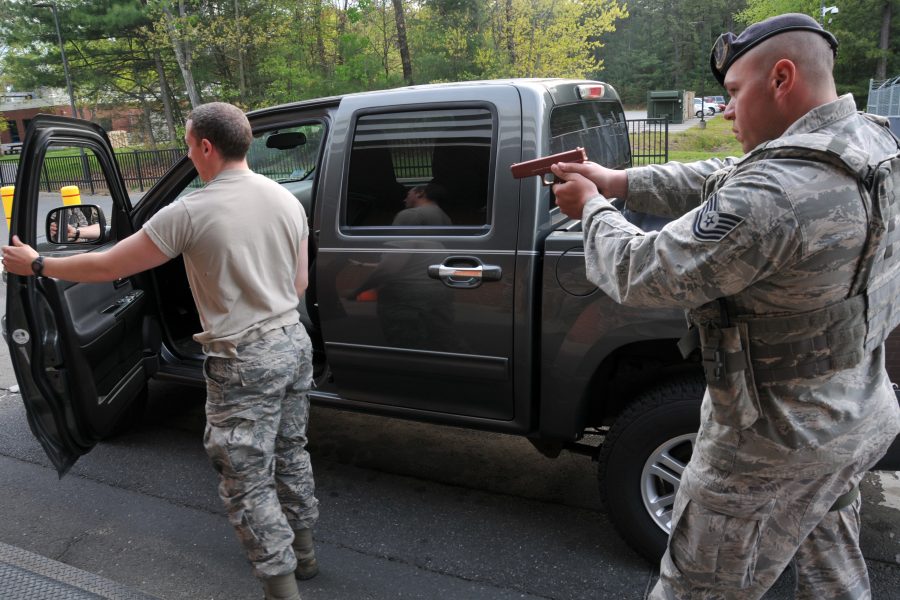 As of the morning of Feb. 19, the Air National Guard had recorded 13 breaches—including attempted and successful intrusions—at its installations since the start of 2021, ANG Director Lt. Gen. Michael A. Loh told Air Force Magazine in an interview that day. However, ANG declined to disclose the locations of the breaches due to operational security concerns.

Of the 13 incidents, nine occurred at “installation-control points,” and none caused damage, Loh said.

“Most of ’em come in, they don’t realize that they’re coming on a base, that they’re supposed to stop, and they pass through,” he said.

In “a couple” of these cases, however, individuals attempted “to jump the fence and steal stuff,” though base defenders apprehended them, he added.

The news comes as the Air Force Office of Inspector General is pursuing an investigation into a Feb. 4 breach at Joint Base Andrews, Md., as well as a review of security at all USAF and Space Force installations worldwide. Acting Air Force Secretary John P. Roth and USAF Chief of Staff Gen. Charles Q. Brown Jr. ordered both inquiries, Air Force Magazine previously reported.

“Here’s the good news: In combination with local law enforcement, in and around our locations, because we are United States-based, I get that extra layer that’s outside the fence, as well as the layer that’s inside the fence,” Loh said. “… If you follow the standard operating procedures, and you’re able to do some things like we have with other intrusion detection systems, like cameras and those types of things, we are actually very secure, and people will feel very secure being in our base.”

Citizen-Airmen and community members who raise their voices when they “see something that’s just not right” collectively serve as security “sensors,” making threat awareness part of the local culture at ANG installations, he added.

ANG drilling includes training on both base intrusions and inside threats, he said.

According to Loh, this combination of factors works to make ANG bases “very secure locations.”