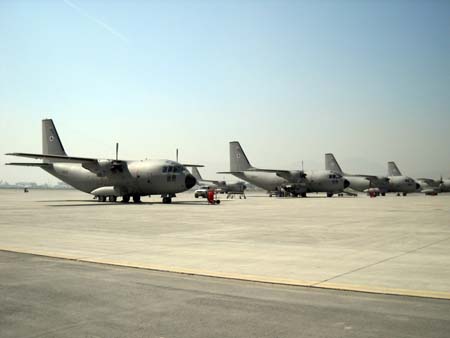 The successful introduction of the C-27A transport aircraft into the Afghan National Army Air Corps is also helping the nascent air arm let go off inefficient Soviet-style operations and embrace Western ways, Air Force Brig. Gen. Michael Boera, commanding general of the Combined Air Power Transition Force in Afghanistan, told reporters Thursday. “That is how we are making the paradigm shift with the Afghans to the Western way of thinking, of flying, of training, of operating airplanes,” he said during a teleconference from Kabul. The ANAAC has five of its 20 planned C-27s in place. These are refurbished 20-year old airframes. They bring “a whole new level of capability” to the Afghans, said Boera. Currently C-27 mission-capable rates hover at around 60 percent, but the trend is up after “a very rocky start” due to issues like a lack of spare parts, he said.