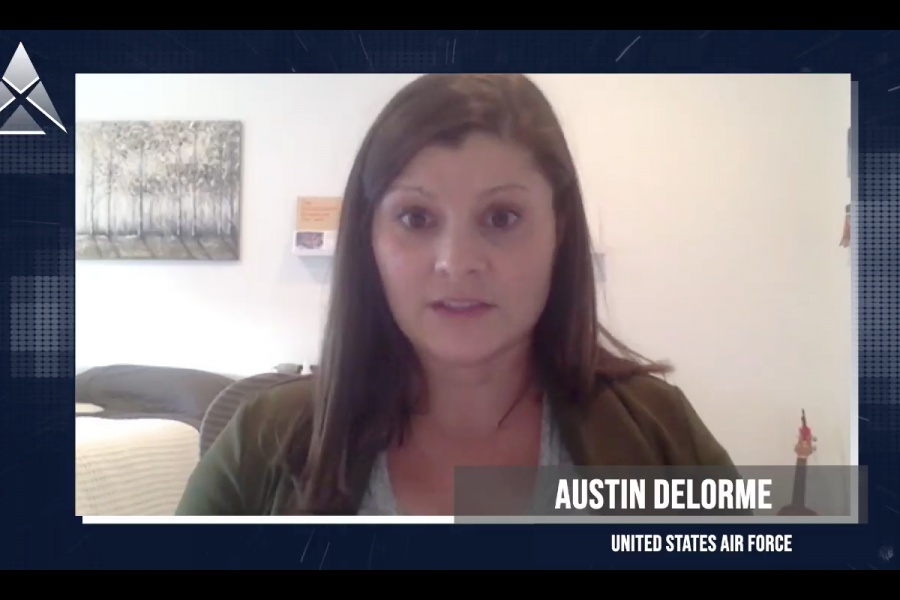 In mid-March, as the new coronavirus swept across America causing much of the nation to lock down, personnel at AFWERX, the Air Force technology incubator, swung into action to support the national response.

Companies working on AFWERX Small Business Innovation and Research (SBIR) contracts, and others in the organization’s network started “reaching out and saying, ‘Hey, we’ve got some ideas that we think could maybe help this COVID crisis thing,’” recalled K. Austin DeLorme, who was then an Air Force captain working for the service’s acquisition chief, Will Roper.

DeLorme, who has since left the service for a private sector role, gave a presentation at the AFWERX Accelerate event Dec. 8, on the organization’s role in the DOD’s COVID-19 response, revealing new details of how the effort to build a portal that could accept proposals from start ups and other tech companies nearly suffocated in its crib.

As it became clear there were no effective treatments for the new disease and that the country faced enormous and crippling shortages of personal protective equipment (PPE) for essential workers, AFWERX personnel quickly realized that they already had available contracting dollars, and an infrastructure designed to fast track good ideas and novel technology into full-scale government production contracts.

“Oh, and by the way, we also had a ton of incredible companies suggesting ideas that could potentially help our Air Force, and maybe our nation, respond to this crisis,” she said, adding that she compiled a lot of these suggestions into an email she sent Roper one Friday evening shortly after the lockdown.

“About an hour or so later, we got an email back from Dr. Roper that said, ‘Great, come up with a plan.’”

By Tuesday or Wednesday, AFWERX personnel had pulled together a plan, centered on the AFWERX portal. “We had an incredible team that was able to put together the website very, very quickly, and brand it, and get it disseminated through all of our social media channels and other avenues,” DeLorme said. The power of the AFWERX response, she said, came from the “previous work and infrastructure we already had,” and because it already had a back end designed for rapid procurement. “Our system was already really well connected and was based off of a model that is, at core, a fast-track acquisition capability,” she said.

But then, despite its quick ramp up, it looked like the AFWERX response would be shuttered just as fast.

“Maybe a week and a few days after we started this process, we saw a note come out from the Department of Defense that said, ‘Hey, if you’re doing anything [to respond to the pandemic], stop, because we’re going to get a DOD-level response in coordination with FEMA and the National Response Team’ [at the White House.]”

Rather than just shut up shop, DeLorme said, the AFWERX team wrote a proposal that the DOD-wide response use the infrastructure they were pulling together. That evening, they demonstrated it to senior Pentagon officials, and within hours, the DOD response team adopted it. The following day it was pitched up the chain to FEMA and the White House and adopted as the national response portal.

DeLorme attributes AFWERX’s success to hard work, a “forward-leaning team,” and the fact that they had significant experience when it came to buying things quickly for the government.

“We already had all of the controls in place to make sure [the portal] was properly auditable, that it was following all of the regulations of the federal acquisition guidelines, and that it moved very quickly, because that is what we needed, working with small businesses and working with startups and working with the investment community,” she said.

“That setup, both scaled and was adopted all the way up to the DOD and even national level in different parts and places. And it has also endured. And so it is still today supporting the COVID-19 response effort, as that has transitioned to more of a long term solution.”

During those first few weeks, she said, AFWERX was “able to support the procurement of $640 million worth of PPE items, so we could close that gap for the nation.”