Skip to content
Defense agencies, including the Air Force, are adopting the scalability, flexibility, and speed of cloud data centers. Google Cloud is very deliberate about where it places digital infrastructure. Photo courtesy of Google.
Expand Photo 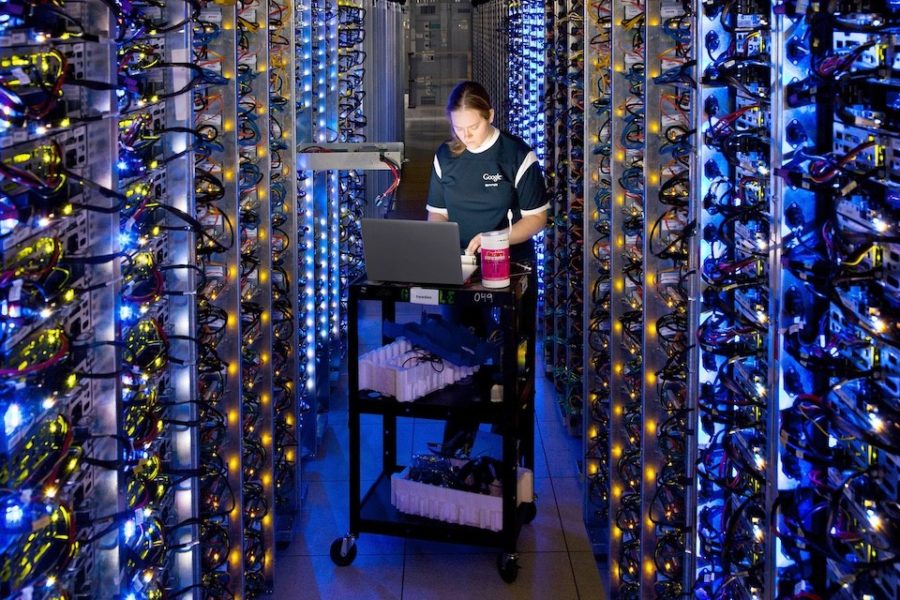 Born in the early dawn of the Information Age, the U.S. Air Force (USAF) has established a reputation and culture of embracing technological advance­ments to propel the service forward. Its newly formed sister service, the U.S. Space Force (USSF) is a product of that culture and reflects a vision for national defense that seeks to address the challenges in the cyber and space domains. As the Department of Defense (DoD) pursues its digital moderniza­tion strategy, the services are not wait­ing – pursuing the implementation of their CloudOne strategy, which seeks to enable the USAF and USSF to maintain at the cutting-edge of the best tech­nology available today. Google Pub­lic Sector was created specifically to support the U.S. government’s needs, is emerging as an important strategic partner and enabler for the USAF and USSF to realize their Force Design 2030 visions. Specifically, Google Public Sector is helping the services establish capabilities leveraging Google Cloud’s commercial solutions that eclipse an­tiquated “government cloud,” or “gov cloud” offerings, which have shown to be less secure, less resilient, and less future-proof.

Indeed, government clouds were originally designed because the U.S. government was choking on the op­erational inefficiencies and costs of maintaining thousands of siloed and disparate data centers. In 2010, the Federal Data Center Consolidation Initiative (FDCCI), intended to save the taxpayers between $5 billion and $8 billion annually by consolidating U.S. government data on a gov cloud. This was expressly created for U.S. federal, state, and local governments to meet the U.S. government’s thorough security and compliance regulations. However, like constructing castles with a single moat around them, gov clouds were by design intended to provide a perimeter defense around U.S. government information—ultimately creating a single pane of attack for cyberattack­ers to lay siege to (not to mention in the event an attacker was able to breach their defenses).

Since gov clouds were initially con­ceived and pursued, the internet, and the data riding on it, has grown expo­nentially. Today, the internet is a virtual superhighway of data transport. Gov clouds have not kept pace, requiring traffic to be routed through a boundary cloud access point (BCAP) that osten­sibly forces all of the traffic from that virtual superhighway to use a single lane exit. This requirement has created latency issues, degraded the user ex­perience, and is largely antithetical to the expectations of today’s Airmen and Guardians. As the USAF and USSF look to the future, they are seeing the limits of gov cloud solutions that struggle to provide them the support they need at the speed of relevance.

Google Cloud experienced firsthand what happens to a cloud that uses a perimeter defense. In early 2010, in the wake of a nation-state-sponsored cyber attack, called “Operation Au­rora,” which targeted more than 20 technology companies, Google Cloud found itself a victim and recognized that it needed to go beyond the perim­eter-defense approach of gov clouds. Making a strategic decision to design and implement a 21st century enter­prise network, Google Cloud’s pio­neering approach to security could be summarized in two words: zero trust. Instead of creating moats that attack­ers could infiltrate over time, Google Cloud assumed that bad actors were already on the network and started building controls to manage that risk from within.

Google Cloud created an equivalent software that meets the BCAP security outcomes, without being constrained by the same hardware or physical in­frastructure limitations of gov clouds. Intentionally keeping the needs and pain points of their commercial and public sector customers in focus, Goo­gle Cloud sought to keep their cus­tomers in the fast lane of the digital highway and not be constrained by a suboptimal or bespoke solutions that could not scale or survive in a dynamic and ever-changing landscape. Google Cloud developed methods of encryp­tion, including encryption keys, to provide a defense-in-depth approach to protecting data—even when the data is at rest.

In addition to encryption, Google Cloud is very deliberate in where it builds global infrastructure and data centers, and allows its customers to direct the geographic distribution of data. Google Cloud has fourteen data centers in the United States – all across the country, from Oregon to Georgia. Google Cloud’s data centers are also globally located throughout Europe, South America, and Asia and ready to support the Guardian or Airman where they are located to provide the best and fastest response to their needs. These are just a few examples of how Google Cloud actively seeks to proactively re­duce the surfaces of attack, across the entire network, that could otherwise be exploited by bad actors.

With the creation of Google Public Sector in June 2022, Google has signaled it is now prepared to bring its compar­ative advantage and paradigm-shifting approach to meet the U.S. government’s digital transformation requirements. Rather than create and certify a bespoke gov cloud that is inherently limited, Google has invested in certifying its entire network to meet the U.S. gov­ernment’s thorough security and com­pliance regulations. At the same time, Google Cloud has worked to ensure its products can be used on any cloud service provider platform. Building in these characteristics from the begin­ning, Google Cloud is demonstrating a commitment to driving an open ap­proach that encourages competition through multi-vendor, multicloud, and hybrid cloud solutions. Rather than endorsing a winner-take-all approach, Google Cloud is putting the custom­ers’ needs first and has intentionally structured its cloud to be adaptable, flexible, and anti-vendor lock-in. Over the past several years, Google Cloud has invested considerable time, money, and human capital to demonstrate how the same services it provides to the public sector either meet or exceed the secu­rity and compliance regulations of the private sector.

USAF and USSF visionaries, who have also been looking over the hori­zon to identify the requirements of the future and seeking the best-in-class commercial solutions can be brought online, are seeing the value Google Public Sector provides. Some of the most innovative units within the De­partment of the Air Force, like the Air Force Research Lab, are using Google Workspace to drive collaboration with­in their ranks and among academia and our allied partner nations. Google Cloud is the platform of choice for a range of solutions, like simulation training for pilots, predictive mainte­nance, and combating cyber threats. For example, with the help of Google Cloud, the Rapid Sustainment Office (RSO) within Air Force Lifecycle Man­agement Center (AFLCMC) is optimiz­ing aircraft sustainment and operations to ensure global strategic advantage, especially in an increasingly compli­cated security environment.

The way the USAF and USSF have viewed their digital transformations has evolved over time as well, due to their partnership with Google Cloud, and now Google Public Sector. The USAF pivoted from its plan to take a “lift-and-shift” approach to its transi­tion to the cloud; recognizing the move to the cloud had significant implica­tions beyond simply realizing cost-sav­ings. Instead, the USAF appears poised to embrace the opportunity to fun­damentally transform the way it ap­proaches its mission through the use of cutting-edge technology. Similarly, the USSF continues to establish a force that can win in both cyber and space domains and is deliberately pursuing solutions that can operate at the speed and scale it requires. Though much work remains, both services see their respective digital transitions to the cloud as a defining moment. Partnering with cloud service providers that keep pace with the strategic imperatives of today, while simultaneously enabling integration that avoids vendor lock out, and investing in the development of future capabilities that anticipate future service requirements, is critical.

So What Does This Mean for Our Airmen and Guardians?

The paradigm shift away from gov clouds is happening and the digital transformation of the USAF and USSF has begun. Google Public Sector is providing solutions that help Airmen and Guardians perform tasks faster, more efficiently, and more effectively. As important, Airmen and Guardians are starting to explore new and innova­tive ways to use information–exploring the “art of the possible” in ways they have never enjoyed. At the same time, Google Public Sector is emerging as a strategic partner and thought leader that is committed to providing the best of their battle-tested and validated commercial solutions to the USAF and USSF—ensuring they can operate at the speed of relevance.

As with any change, implementation and adoption take time. However, the Airmen and Guardians in the ranks of the USAF and USSF, both today and in the future, should be more optimistic than ever that their voices are being heard and that their leaders are de­manding they have the tools needed to focus on their mission.