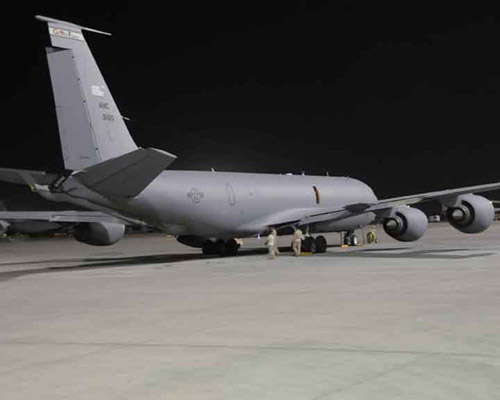 Secretary Robert Gates said June 26 during a briefing with reporters he is working with John Young, head of his acquisition arm, and with new Acting Secretary Michael Donley to “figure out the right way forward” with the KC-X tanker program in light of the Government Accountability Office’s ruling earlier this month. “We clearly need to have an approach that has the confidence of the Congress and so we are looking at several options,” he said. Gates did not specifically say his office would be taking over the process, but he did imply that his office clearly will be more involved as his press secretary had said on the previous day. When asked if he still has confidence in the Air Force’s acquisition shop and Sue Payton, its head, he said, “I have confidence in the team until I see something to the contrary.” At the same time, Gates said the GAO’s ruling, which upheld Boeing’s legal protest of the February award of the $35 billion KC-X tanker contract to rival Northrop Grumman-EADS, “clearly pointed out some areas where we were deficient.” Questioned on his office’s affirmation of the Air Force selection process, Gates said the protest ruling was “the first indication that there might have been some problems.” Later, he asserted that affirmation was based on “the views of the acquisition people.”