One Up, One to Go 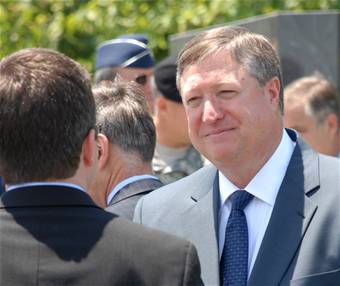 hite House on June 26 sent the formal nomination for Michael Donley to serve as Air Force Secretary to Capitol Hill. The Senate Armed Services Committee must now set a date for a confirmation hearing. Meanwhile, Donley already is serving as Acting Secretary. However, a companion nomination for Gen. Norton Schwartz to become Chief of Staff is still missing in action. Schwartz currently serves as commander of US Transportation Command and earlier had announced his plan to retire next year. Outgoing Chief of Staff Gen. Michael Moseley had planned to step down today (June 27), followed by a formal retirement date of Aug. 1, but his departure has been delayed, the Air Force said June 27.