Skip to content
A B-1B Lancer is prepared for divestiture at Ellsworth Air Force Base, S.D., on Feb. 16, 2021. The planned divestment of 17 B-1B aircraft supports the shaping of the B-1B fleet so that it remains a healthy and effective long-range precision strike force. USAF photo by Airman 1st Class Quentin Marx.
Expand Photo 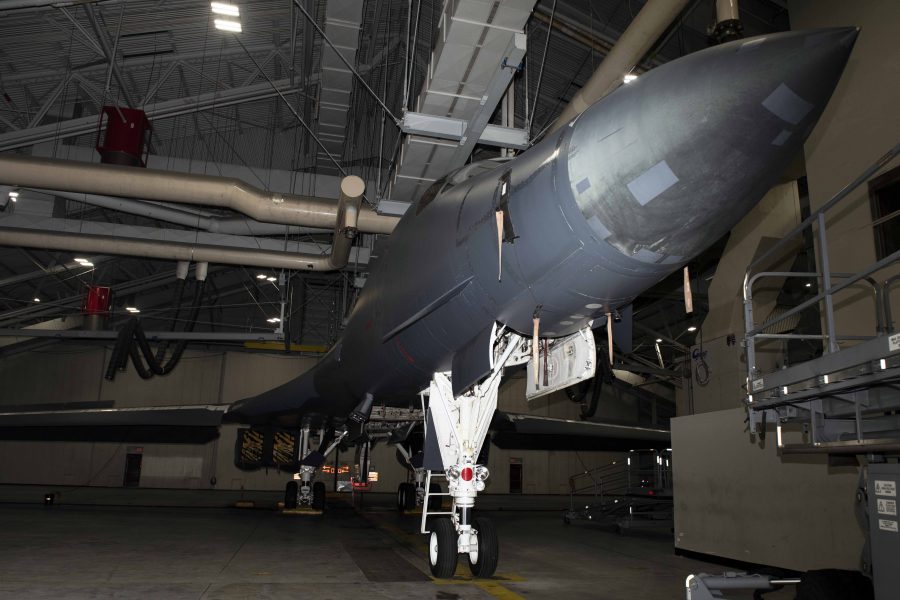 First of 17 B-1Bs Heads to the Boneyard

The first of 17 B-1B bombers to be retired this fiscal year under a Congressionally-approved divestiture plan flew to the “boneyard” at Davis-Monthan Air Force Base, Ariz., on Feb. 17, Air Force Global Strike Command said.

The aircraft was based at Ellsworth Air Force Base, S.D., but the Air Force did not provide specifics on which aircraft retired.

“This action will not affect the service’s lethality or any associated maintenance manpower,” AFGSC said in a press release. It will allow a focus of maintenance and “depot-level manpower on the remaining aircraft, increasing readiness and paving the way for the bomber fleet modernization.”

Not all 17 Lancers will go to the 309th Aircraft Maintenance and Regeneration Group, also known as the boneyard, once they retire. One will go to Edwards Air Force Base, Calif., for testing, although AFGSC did not say if the jet will conduct air or static ground tests. Another will go to the Oklahoma City Air Logistics Complex at Tinker Air Force Base, Okla. Air Force Global Strike Command may send a third to Wichita State University, Kansas, for research, and a fourth may become a “gate guard” or a static display at an unidentified location.

Four of the 17 bombers will be kept in “recallable storage,” AFGSC said, which means the aircraft will get a Spraylat treatment to keep out moisture and animals, and the engines will be cocooned to preserve the “functional and material integrity” of the airplanes. AFGSC could not say how long they are required to keep the aircraft in this status. The remaining B-1s going to the boneyard will be eligible for parts cannibalization.

After the drawdown, 45 airplanes will be left in the operational B-1 fleet, about evenly divided between Ellsworth and Dyess Air Force Base, Texas. All congressional delegations and committees affected by the drawdown have been notified, a AFGSC spokesman said.

The B-1B retirements will make way for the new B-21 stealth bomber, and are “something we have been working toward for some time,” AFGSC Commander Gen. Timothy M. Ray said in a press release. USAF “accelerated” the retirements because excessive wear and tear on the aircraft during the last two decades “would cost tens of millions of dollars per aircraft” to fix, “and that’s just the problems we know about,” Ray said.

An AFGSC spokesman said the actual estimate is, “$10 million to $30 million per aircraft to get back to a status quo fleet in the short term until the B-21 comes online.”

The Air Force is conducting a long-term structural fatigue test on a B-1 carcass and wing at Boeing’s facilities near Seattle, Wash. The tests will help engineers anticipate structural problems on the remaining fleet that will need to be addressed.

Retiring the B-1s with “the least amount of usable life allows us to prioritize the health of the fleet and crew training,” Ray asserted. “Our ability to balance these priorities will make us more capable and lethal overall.”