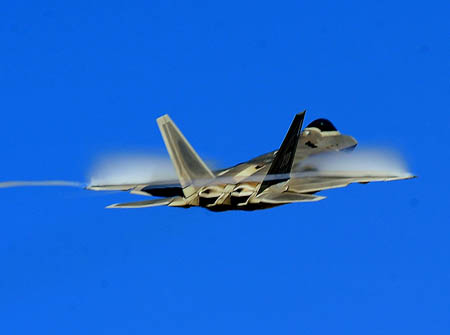 Air Force Scientific Advisory Board has completed its review of the F-22’s on-board oxygen-generating system, and the Air Force will release the public version of the board’s report “shortly,” said Chief of Staff Gen. Norton Schwartz Thursday. However, “we have not identified a specific engineering fault” with the OBOGS, said Schwartz following his Center for Strategic and International Studies-sponsored speech in Washington, D.C. Despite no identification of a smoking gun, “we can ensure that adequate oxygen” will be available to F-22 pilots at all altitudes and under the most demanding maneuvers, said Schwartz. The OBOGS won’t impede pilots’ “physiological capability to rock and roll” in the fighter, he said. The oxygen system came under scrutiny after Raptor pilots experienced symptoms in flight akin to insufficient oxygen supply in numerous incidents that led to a five-month grounding of the Raptor fleet last year. (For more, read Raptor Return from Air Force Magazine’s 2011 archive.)