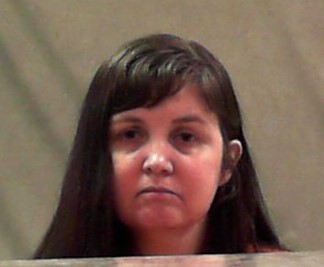 DOJ: Former Airman Planned to Give Classified Information to Russia

Elizabeth Jo Shirley, a former Active-duty and Reserve Airman, confessed to illegally holding onto a National Security Agency document that contained top-secret information, as well as to kidnapping her child, the Justice Department announced July 6. The DOJ alleges that she planned on passing classified information to Russia.

“Shirley admitted to unlawfully retaining a National Security Agency document containing information classified at the top-secret/sensitive compartmented information level relating to the national defense that outlines intelligence information regarding a foreign government’s military and political issues,” the release stated. “Shirley also admitted to removing her child, of whom she was the non-custodial parent, to Mexico with the intent to obstruct the lawful exercise of the custodial father’s parental rights.”

The Associated Press first reported news of the national security-related charge in May.

“The document contains only sparse information about the allegations, but says that between 1999 and August 2019, Shirley had unauthorized possession of documents ‘relating to the national defense’ and ‘failed to deliver them to the officer or employee of the United States entitled to receive them,’” the AP wrote in reference to a charging document.

DOJ said Shirley set off for Mexico with her young daughter in July 2019. She planned to contact Russian government representatives and ask them to help her resettle in a nation that wouldn’t send her back home to the U.S. to be prosecuted, the release said.

“While in Mexico, Shirley prepared a written message to Russian government officials, referencing ‘an urgent need’ to have ‘items shipped from the USA related to [her] life’s work before they are seized and destroyed,’” it stated.

Last August, U.S. and Mexican authorities tracked down Shirley and her daughter in Mexico City. She was subsequently arrested in accordance with an arrest warrant from the West Virginia State Police “on a charge of concealment of a minor from a custodian,” the DOJ release said.

Following her arrest, the FBI legally searched electronic devices that she’d brought to Mexico and others that she’d stored in a West Virginia storage unit, DOJ said. These efforts turned up the top-secret NSA document, another classified Navy PowerPoint presentation, and draft correspondence to Russian officials. The Central Intelligence Agency found these messages contained information classified at the secret level, the release noted.

“When Shirley took classified information from her work with the Intelligence Community and later fled to Mexico, she violated the confidence placed in her by the American people,” Assistant Attorney General for National Security John C. Demers said in the release. “She doubled down on this betrayal when she sought to offer classified information to the Russian government.”

According to the Justice Department, Shirley obtained her first TS/SCI clearance and worked with the NSA during her time in the Air Force.

Shirley joined the Active-duty Air Force on March 22, 1994, and left as a senior Airman in March 2000, according to service record information obtained by Air Force Magazine.

She served as a cryptologic language analyst, and her last duty station was Fort Meade, Md., home to NSA headquarters. She went on to join the Air Force and Navy Reserves, according to DOJ.

“From May 2001 to August 2012, Shirley held various positions with the United States Navy’s Office of Naval Intelligence, the Department of Defense, the Department of Energy, the National Cyber Investigative Joint Task Force, and at least five different cleared defense contractors,” the DOJ release added. “In connection with these positions, Shirley held top-secret/SCI security clearances at various times.”

The 46-year-old may be imprisoned for up to a decade and fined as much as $250,000 for the national-security charge, according to the release. She separately faces up to three years in prison and another $250,000 in fines for the international parental kidnapping charge.

Editor’s Note: This story was updated on July 8, 2020, at 12:41 a.m. EDT to clarify that Shirley’s sentencing will not hinge on one or more convictions, since she’s already plead guilty to her charges.