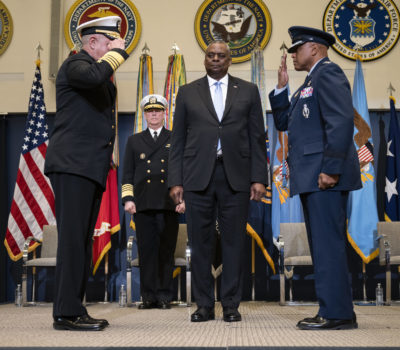 By Chris Gordon
Air Force Gen. Anthony J. Cotton assumed command of U.S. Strategic Command (STRATCOM) in a ceremony at Offutt Air Force Base on Dec. 9, putting an Air Force general in charge of America’s nuclear forces at a time of rising nuclear threats around the globe. 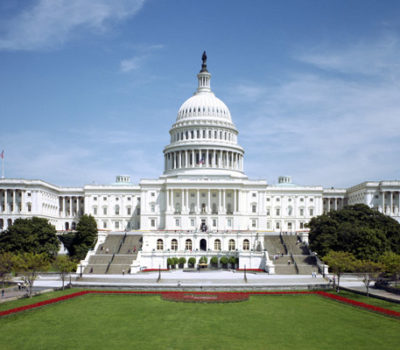 By Greg Hadley
The 2023 National Defense Authorization bill passed the House Dec. 8 and the Senate is poised to pass it in the next few weeks, paving the way for a 4.6 percent pay raise, a housing allowance increase, the elimination of the COVID-19 vaccine mandate, and more. But the authorization bill only directs policy; it takes a Defense Appropriations Act to fund those programs. Lawmakers are still negotiating an omnibus spending bill that would give the federal government a budget. 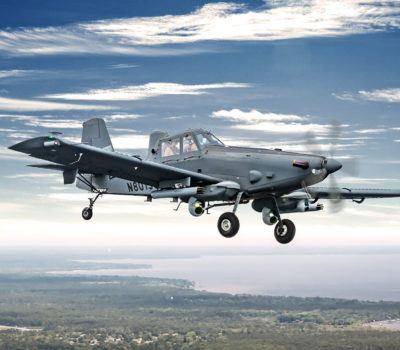 By Greg Hadley
The Air Force has tapped Will Rogers Air National Guard Base, in Oklahoma, as the sole candidate location for the formal training unit of the AT-802U Sky Warden—the converted crop duster that won U.S. Special Operation Command’s Armed Overwatch contract. At Will Rogers in Oklahoma City, the Sky Warden will replace the MC-12W Liberty Formal Training Unit that is currently there, the service announced Dec. 9. The new FTU will include 28 aircraft and about 80 personnel as part of the 310th Special Operations Squadron. 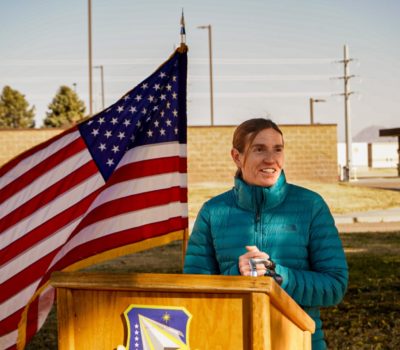 By Amanda Miller
A new lab building at Kirtland Air Force Base, N.M., will house some of the Air Force Research Laboratory’s “irreplaceable” equipment for testing how electronic spacecraft parts will likely stand up against radiation in space. Also this year at Kirtland, AFRL opened the Skywave Technology Laboratory and RAPID lab for small satellites.

For DOD, 2023 Is All About Proving It Can Build A Tactical Cloud

The Defense Department’s cloud plans are extending beyond the continental United States in 2023, according to a top IT official. The Defense Information Systems Agency wants to develop a prototype for OCONUS cloud, which could be on a ship in the middle of the ocean, on an island, or in sub-Saharan Africa, in the first half of next year, Sharon Woods, the director for the agency’s Hosting and Compute Center, told Defense One.

The UN General Assembly has overwhelmingly approved the U.S.-proposed resolution calling on states to commit to a moratorium on testing of destructive anti-satellite missiles, with 155 countries voting yes, nine voting no, and nine nations abstaining. Unsurprisingly, Russia, China, and Iran were among the naysayers. India, another major space player, abstained. Interestingly, North Korea did not register a vote during the Dec. 7 meeting in New York—which one U.S. diplomat said was unusual as Pyongyang normally goes out of its way to vote “no” on all U.S.-sponsored resolutions.

It’s official: the United Kingdom, Japan, and Italy will team up to jointly develop a new stealth fighter jet. A new international coalition sees broad collaboration from all three countries under what is known as the Global Combat Air Program (GCAP). Its ultimate aim is to have a sixth-generation air platform in the air by 2035. A British-led stealth fighter effort, dubbed Team Tempest, was originally launched in 2018, with Leonardo’s U.K.-based division being involved from the start.

Ten years ago, Erin Kirk was in a group chat with several other female Marines when the subject of sexual harassment and sexual assault came up. Many of the women reported that they had been groped during their service; Kirk had been raped. “We were kind of comparing notes, and had said, ‘You know, we all—at the time we were serving—felt so alone, and we thought we were the only ones’,” she told Defense One. “We were just so isolated and didn’t realize that. Why did we not realize that we all went through the exact same thing?”

Thousands of Pharmacies Will Return to Tricare in January

About 2,000 independent pharmacies will rejoin Tricare's network next month, the company in charge of administering the pharmacy benefits confirmed Dec. 9. “Since we issued the new solicitation on Dec. 1, we are pleased that more than 2,000 pharmacies have accepted the terms and will rejoin the Tricare network, and other pharmacies still have several more days to respond,” Express Scripts spokesperson Justine Sessions said in an email.

The first launch of the Space Development Agency’s constellation planned for mid-December will slip to March 2023 due to an anomaly in York Space’s satellites that was identified during tests, the agency’s director Derek Tournear said Dec. 9. The Space Development Agency, a procurement organization under the U.S. Space Force, is working with multiple vendors to build a mesh network in low Earth orbit that includes data-transport communications satellites and infrared sensor satellites that detect and track missiles in flight.

The Air Force Wants to Send its Reaper Drones to Ukraine. The Pentagon’s Not So Sure.

The Air Force thought it had the perfect plan: Take its older Reaper drones, which it’s been trying to get rid of for years, and send them to Ukraine, a country begging for long-range weaponry. But after months of internal wrangling, the Pentagon has yet to make a decision—even though the drones could provide a capability to Ukraine that it’s wanted since the start of the war.

OPINION: Making Joint All Domain Command and Control a Reality

“Decision superiority—the ability to assimilate, analyze, and act upon information acquired from the battlespace more rapidly than an adversary—has always been crucial. It enabled the Royal Air Force to defeat a numerically superior German Luftwaffe during the Battle of Britain and it formed the basis for North America’s defenses during the Cold War. Now, in an era where U.S. air combat capacity is dramatically shrinking in the face of a growing Chinese threat, achieving decision superiority is more important than ever. It has also become more challenging,” writes retired USAF Lt. Gen. David A. Deptula, dean of the Mitchell Institute for Aerospace Studies.

Tackling the Air Force Computer Problem One PC at a Time

One of the biggest themes for Air Force war stories over the past couple of years has involved trying to make the computers work. Go to social media, and tales of hour-long waits to open email or download a PDF file proliferate. Now, the Department of the Air Force is scaling up its program to try and address the problem. So far, it’s making progress. “So user perception, it’s our user satisfaction score, is up significantly from Thanksgiving a year ago. We’re seeing performance improvement on about three-quarters of the bases that we track,” Colt Whittall, the Air Force’s chief experience officer said during an event hosted by AFCEA’s northern Virginia chapter.

The test pilots who will be the first to fly the B-21 Raider, the Air Force’s next stealth bomber, are now working with Air Force and Northrop Grumman officials to draw up a game plan for its first flights next year. But one thing that’s not weighing on their minds, the pilots stressed to reporters before the bomber’s Dec. 2 rollout at Air Force Plant 42 in Palmdale, Calif.: The shape of the B-21′s windows and the field of view they will allow pilots.

The C-130 Hercules is a remarkable (some might even say legendary) military transport aircraft created by American manufacturer, Lockheed Martin. The aircraft plays a significant role in military aviation and is known for its ability to take on any mission, whenever and wherever it may be—but that’s not all the Hercules is lauded for.

The F-22 reaches full operational capability. The first two FOC F-22 units, with a total of 40 aircraft, are the 27th Fighter Squadron and 94th FS, part of the 1st Fighter Wing at Langley Air Force Base, Va.