Skip to content
Air Force Special Operations Command’s Sky Warden, built on the Air Tractor AT-802U single engine crop duster platform, has multiple hardpoints to support sensors and weapons, so it can be tailored to a range of Special Forces missions. L3Harris beat out several other competitors to win a 75-plane order. Air Tractor
Expand Photo 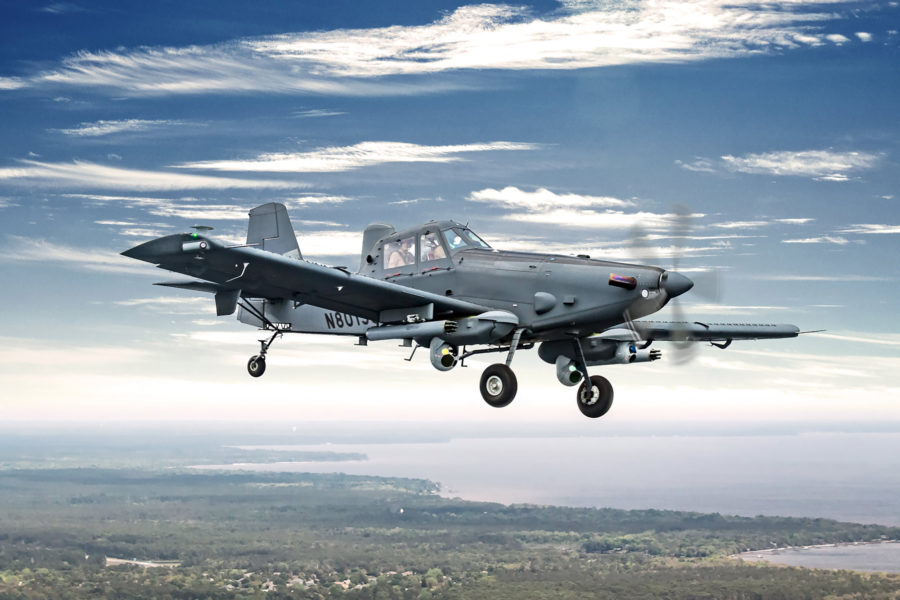 The Oklahoma City base will receive the new Sky Warden, replacing the MC-12W Liberty and its Formal Training Unit currently based there, the service announced Dec. 9. The new Total Force Integration schoolhouse will include 28 aircraft and about 80 personnel as part of the 310th Special Operations Squadron.

The 310th SOS is currently based at Cannon Air Force Base, N.M., and flies the U-28A Draco. When it relocates, it will create an active association with the 185th Special Operations Squadron, the Oklahoma Air National Guard unit that has flown the MC-12.

The 185th SOS is part of the 137th Special Operations Wing, one of only two special operations wings in the Air National Guard—it has flown the unarmed MC-12 since 2015.

Sky Warden is a rugged, single-engine turboprop intended to replace the U-28A. It will be both an intelligence, surveillance, and reconnaissance aircraft and one that is capable of conducting light strikes in permissive environments—officials have spoken of its ability to “collapse the stack” of up to 20 ISR and armed defense aircraft that are sometimes called in to support missions, providing a broad range of capabilities and needing a very small footprint to operate in austere locations.

“The idea of the Armed Overwatch platform is [that] it’s a modular capability and so you can outfit the aircraft with a robust suite of sensors that will exceed what is available with most dedicated ISR platforms today. Or you can outfit the platform with a robust suite of precision munitions,” Slife said. “It really depends on the mission, and so clearly, the Armed Overwatch platform is not a panacea for every tactical situation that a ground force might find themselves in. But for what we envision the enduring counter-[violent extremist organization] mission looking like, we think it’s a prudent investment.”

SOCOM selected Sky Warden over four other finalists for the Armed Overwatch contract in August, in a deal worth $3 billion that could include up to 75 aircraft. The aircraft will first be built by contractor Air Tractor in Texas, then modified for military use by L3 Harris at its facility in Oklahoma.

For Will Rogers, there are still several steps left before a final basing decision is made for the Sky Warden FTU. First, a site survey has been scheduled for spring 2023 to assess “operational requirements, potential impacts to existing missions, housing, infrastructure and manpower,” the Air Force said in a release. Then, an environmental impact analysis will follow in the fall. Officials have said they want to officially stand up the unit by the second quarter of 2024.