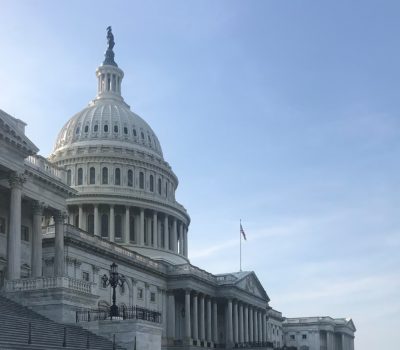 By Greg Hadley
Twelve senators have backed legislation that would create a Space National Guard, reigniting a debate over how the Space Force will organize its part-time components. Sen. Dianne Feinstein (D-Calif.) and Sen. Marco Rubio (R-Fla.) introduced the Space National Guard Establishment Act on May 10, with four Democrats and six Republicans joining them in co-sponsoring the legislation. 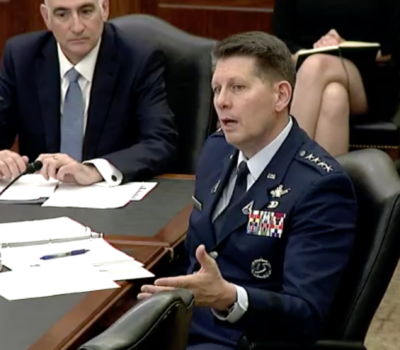 What Happens If GPS Goes Dark? The Pentagon Is Working on It, Space Force General Says

By Greg Hadley
An F-35 is flying above the Indo-Pacific at 35,000 feet, when suddenly, the constellation of GPS satellites it relies upon for navigation goes dark. An adversary, either through a cyber or other anti-satellite attack, has taken down the system. What happens next? That’s the question Sen. Angus King (I-Maine) asked of Vice Chief of Space Operations Gen. David D. Thompson during a Senate Armed Services subcommittee hearing. And while it’s an issue that has been raised for years now, it’s one that the Pentagon is increasingly concerned with, Thompson said. 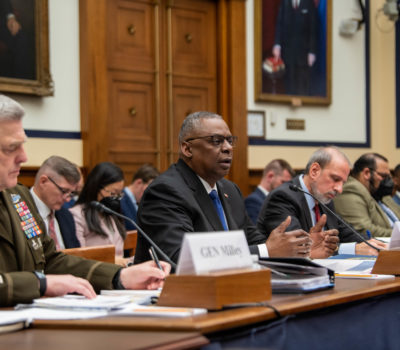 By Abraham Mahshie
House appropriators praised the Defense Department’s efforts to strengthen Ukraine’s fight against Russia and acknowledged that Russia’s battlefield failures highlight the value of investment in U.S. military readiness. “The war in Ukraine has also made it clear that the foundational task of properly maintaining, training, and equipping a modern military is essential to our success in the 21st century conflicts,” said House Appropriations defense subcommittee chair Rep. Betty McCollum (D-Minn.). 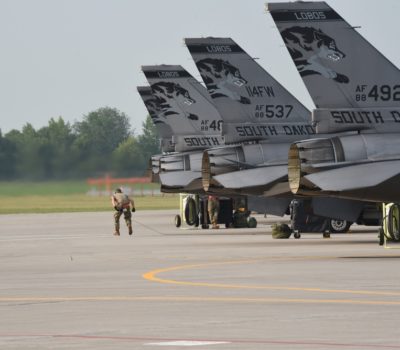 By Greg Hadley
An F-16 from the South Dakota Air National Guard’s 114th Fighter Wing slid off the runway in Sioux Falls, S.D., on May 11, with images appearing to show the jet’s landing gear collapsed and its nose damaged. The pilot, however, is safe, the wing said in a statement posted to social media.

The fire chief at Dyess Air Force Base, Texas, provided the first public recounting of the effort to extinguish a burning B-1B Lancer bomber after its engine caught fire last month. In a statement, Chief Master Sgt. Charles Clawson of the 7th Civil Engineer Squadron described the seven-minute emergency response, which began at 10:03 p.m. when the base’s fire and emergency services unit responded to a report of a B-1B ablaze on the flight line. Flames engulfed the bomber’s entire left side and stretched as high as 75 feet into the air. Firefighters believed the blaze was coming from one of the jet’s four engines, which had exploded during routine maintenance.

During a Senate Armed Services Committee hearing, Sen. Tom Cotton (R-Ark.) asked Space Force officials whether any lessons could be drawn from the war in Ukraine about the role of commercial satellites in armed conflicts. One lesson is the resiliency provided by large proliferated constellations, said Gen. David D. Thompson, the Space Force’s vice chief of space operations.

“Where’s the ground? Where’s the ground?” No one wants to ask this question while flying. For Capt. Taylor Bye, an A-10C Thunderbolt II pilot assigned to the 23rd Wing at Moody Air Force Base, Ga., this question blared through her mind when she faced a looming crisis during a routine training sortie two years ago. The experience tested her capabilities as an aviator and her ability to maintain a level head. For her extraordinary skill and airmanship, Bye was awarded the 2020 Koren Kolligian Jr. Trophy by Air Force Chief of Staff Gen. Charles Q. Brown Jr.

Aerospace and defense giant Raytheon Technologies is investing in Hermeus, the Georgia-based startup working to build hypersonic aircraft. It’s the first investment for RTX Ventures, the multibillion-dollar firm’s newly established venture capital group. “Hypersonic technologies are of critical importance to national security, which is why we made our first investment in a company with such a bold plan and vision in this space,” Daniel Ateya, managing director of RTX Ventures, said in a statement.

In the wake of new revelations about the Trump administration’s decision to base U.S. Space Command in Alabama, lawmakers from rival Colorado, who are fighting to keep the headquarters in their state, are focusing on the complaint by military leadership that the basing review did not assess how long it would take each candidate site to become fully operational.

Finland’s leaders said they’re in favor of rapidly applying for NATO membership, paving the way for a historic expansion of the alliance that could deal a serious blow to Russia as its military struggles with its war in Ukraine. The announcement by President Sauli Niinisto and Prime Minister Sanna Marin means Finland is all but certain to join the Western military alliance, though a few steps remain before the application process can begin. Neighboring Sweden is expected to decide on seeking NATO membership in coming days.

A decade ago, the major launch pads at Cape Canaveral Space Force Station and Kennedy Space Center in Florida were flying just three or four missions annually. Now, after a record 31 launches in 2021, they are expecting to host 67 this year, or almost one every five days. “It’s fascinating because when I give the number out, people just don’t believe it—especially old-timers,” says Brig. Gen. Stephen Purdy, the Space Force’s program executive officer for assured access to space and commander of Space Launch Delta 45, which is responsible for the Eastern Range, where Kennedy and Cape Canaveral are located.

As America celebrates National Nurses Week, Senators Tammy Baldwin (D-Wis.) and Steve Daines (R-Mont.) led the Senate introduction of the WWII Nurses Congressional Gold Medal Act. In 1935, prior to the start of World War II in December 1941, fewer than 600 Army nurses and 1,700 Navy nurses were on Active duty. By the time the war ended, more than 59,000 Army nurses and 14,000 Navy nurses had volunteered to serve. The bipartisan legislation, which is being introduced in the Senate and House, will award a Congressional Gold Medal, collectively, to the women who served in World War II as members of the Army Nurse Corps and Navy Nurse Corps.

REVIEW: I Saw ‘Top Gun: Maverick,’ and It’s Way Better Than the Original

“Top Gun: Maverick” is finally here, and it features the most realistic aerial combat ever depicted on film. It’s also way better than the original. Task and Purpose recently got a sneak peek at Top Gun 2 ahead of its May 27 release, and the two-hour-plus runtime is filled with not only insanely realistic aerial combat sequences but a compelling story, characters you truly care for, and even a beach football scene (sorry, volleyball fans).

8th TFW Pilots Shoot Down Seven MiGs in One Day

For the second time, pilots of the 8th Tactical Fighter Wing, Ubon RTAB, Thailand, shoot down seven MiGs in a single day's action over North Vietnam.