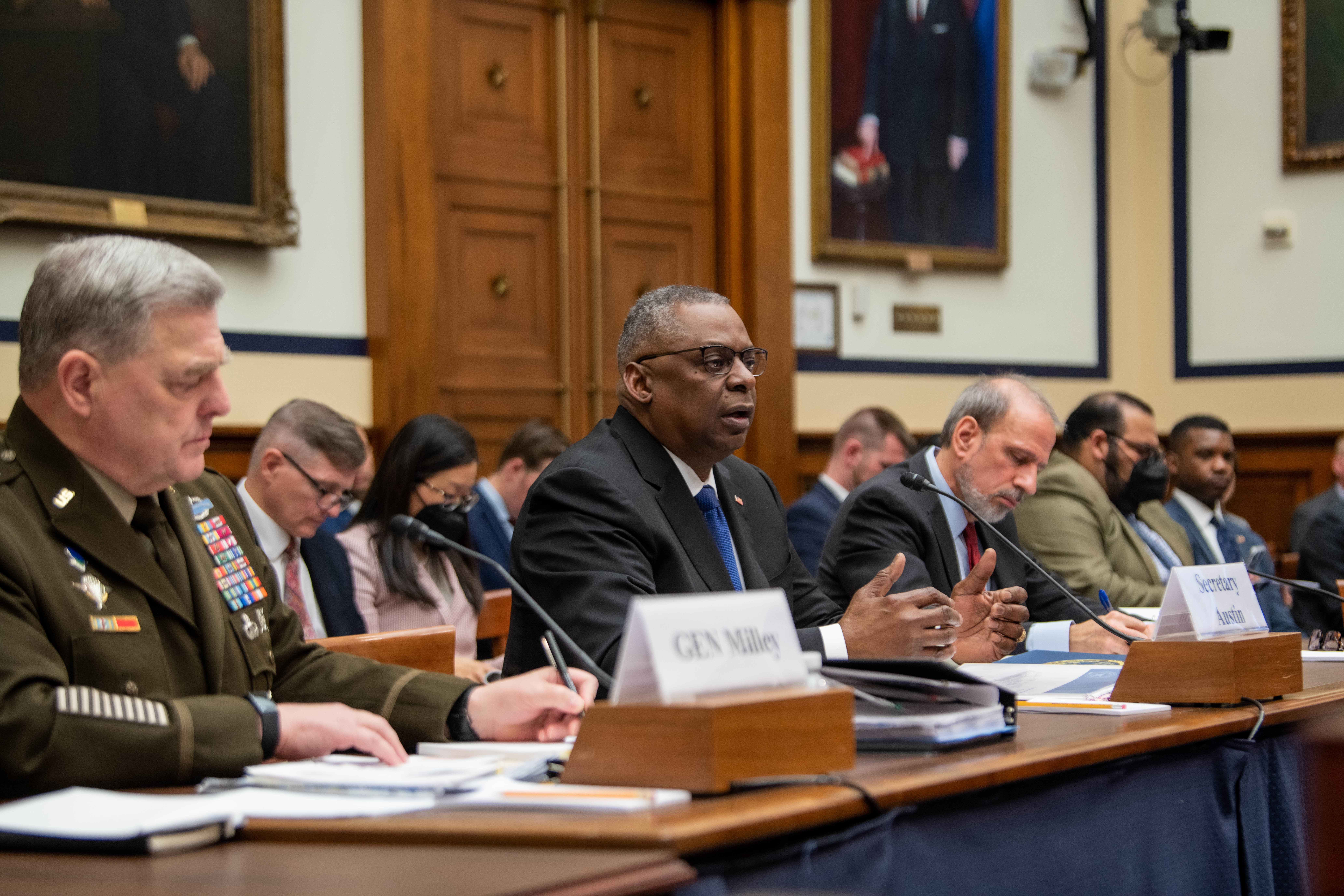 “The war in Ukraine has also made it clear that the foundational task of properly maintaining, training, and equipping a modern military is essential to our success in the 21st century conflicts,” said House Appropriations defense subcommittee chair Rep. Betty McCollum (D-Minn.).

“The poor performance in Russia and their military has highlighted this very fact,” McCollum added.

Chairman of the Joint Chiefs of Staff Army Gen. Mark A. Milley said fully funding the president’s $773 billion fiscal 2023 defense budget was needed at a time when China and Russia both intended to “fundamentally change” the rules-based order.

“We are entering a world that is becoming more unstable, and the potential for significant international conflict between great powers is increasing, not decreasing,” Milley said, citing the presence of 400,000 U.S. troops in 155 countries to protect American interests.

“We are currently witness to the greatest threat to the peace and security of Europe and perhaps the world in my 42, almost 43, years of service in uniform,” Milley added. “The Russian invasion of Ukraine is threatening to undermine not only European peace and stability but global peace and stability.”

Defense Secretary Lloyd J. Austin III said the record $130 billion slated for research, development, testing, and evaluation will maintain the U.S. edge while helping service members at home with a 4.5 percent pay increase and $2 billion for military family housing construction and improvements in the wake of rising rental costs across the nation.

Florida Democrat Charlie Crist, whose district includes both U.S. Central Command and U.S. Special Operations Command, questioned the defense leaders about Russia’s use of advanced hypersonic weapons on the battlefield in Ukraine.

“Other than the speed of the weapon in terms of its effect on a given target, we are not seeing really significant or game-changing effects to date with the delivery of the small number of hypersonics that the Russians have used,” Milley said.

He said each hypersonic shot fired by the Russians has been analyzed by DOD, and he offered to brief the Crist at the classified level. The defense budget includes some $4 billion for the development of hypersonic weapons.

“The Russians have used them several times in this conflict,” Austin said. “Ukrainians are still fighting, and I’ll leave it at that.”

A senior defense official said May 10 that Russia has used between 10 and 12 hypersonic weapons in Ukraine thus far. Pentagon Press Secretary John F. Kirby assessed that the sophisticated new weapon has been used to little effect.

“It’s a bit of a head-scratcher why you would use a hypersonic against a building.  But I’ll let the Russians speak for that,” Kirby said. “We do assess that they are running through their precision-guided missiles at a pretty fast clip.”

In evaluating Russia’s battlefield shortcomings at the May 11 hearing, Austin opined that Russian President Vladimir Putin would not attack NATO.

“My view is that Russia doesn’t want to take on the NATO alliance,” Austin said.

The secretary described NATO’s 1.9 million-strong fighting force, with the “most advanced capabilities of any alliance in the world” in terms of aircraft, ships, and weaponry.

“This is a fight that he really doesn’t want to have—and that would very quickly escalate into another type of competition that no one wants to see,” Austin warned. “If Russia decides to attack any nation that’s a NATO member, then that’s a game-changer.”