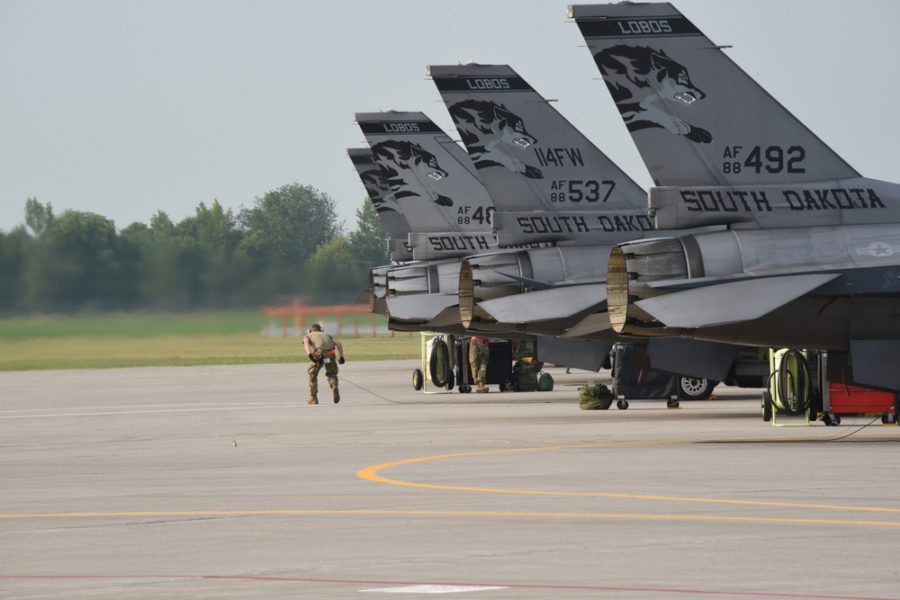 An F-16 from the South Dakota Air National Guard’s 114th Fighter Wing slid off the runway in Sioux Falls, S.D., on May 11. Images appeared to show the jet’s landing gear collapsed and its nose damaged.

The pilot, however, is safe, the wing said in a statement posted to social media.

The incident occurred at approximately 2:43 p.m. local time as the fighter was returning from a routine training mission at Joe Foss Field, located at the Sioux Falls Regional Airport, the press release says. The cause of the accident was still being investigated.

However, local media outlets including the Argus Leader and Dakota News Now posted images of the F-16 after the crash, with the landing gear crushed and the plane resting on its nose. The canopy is raised.

This marks the second safety incident involving an Air National Guard F-16 in the past three months. On March 23, an Oklahoma Air National Guard fighter crashed in a woodland area near the Louisiana-Texas border. The pilot in that incident was able to eject.

A day prior, an F-22 from Eglin Air Force Base, Fla., had its landing gear collapse on the runway.

From fiscal year 2015 to 2021, there were 42 Class A or Class B mishaps involving Air Force F-16s, including 20 aircraft destroyed. Class A mishaps result in a death or permanent disability, cause more than $2.5 million in damage, or result in the destruction of an aircraft. Class B mishaps cause permanent partial disability; causes damage valued at between $600,000 and just under $2.5 million; or hospitalize three people, not counting those admitted for observation or administrative purposes who are treated and released.