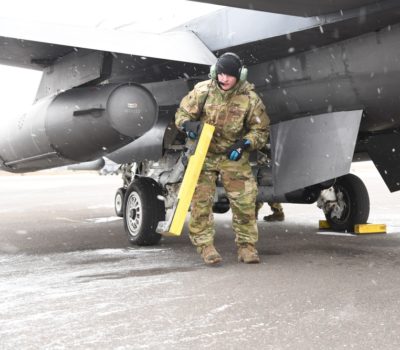 By Greg Hadley
The Air Force announced the release of its first doctrine publication on agile combat employment Dec. 14, laying out its core frameworks and concepts as the service looks to codify and develop the new operational approach. 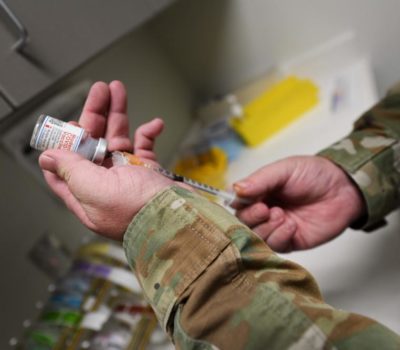 By Greg Hadley
The Department of the Air Force has discharged 27 service members for refusing to get the COVID-19 vaccine, marking the first known instance of military personnel being kicked out of the service for failing to follow Defense Secretary Lloyd J. Austin III’s order that all service members receive the vaccine. 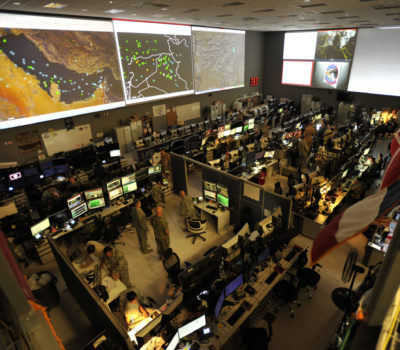 By Shaun Waterman
The Air Force is looking for ways to combine artificial intelligence and interactive gaming technology to revolutionize and dramatically shorten the process of planning complex air attack operations. The Air Force Research Laboratory's Information Directorate in Rome, N.Y., has asked interested vendors to submit white papers explaining how they would use each of these new technologies to augment human decision-making in the planning cycle and slash the time taken to produce a master attack plan from 36 hours or more to four. 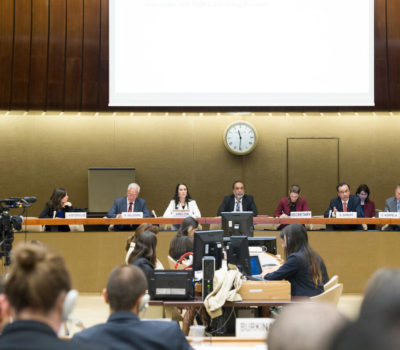 By Amanda Miller
The United Nations' secretary-general advocated for new restrictions on autonomous weapons as a U.N. group that negotiates weapons protocols started a week of meetings, in part, to discuss the matter. Secretary-General Antonio Guterres addressed the Review Conference of the U.N.’s Convention on Certain Conventional Weapons. Guterres preceded the weeklong meeting with a Dec. 13 message encouraging conference members “to agree on an ambitious plan for the future to establish restrictions on the use of certain types of autonomous weapons.” 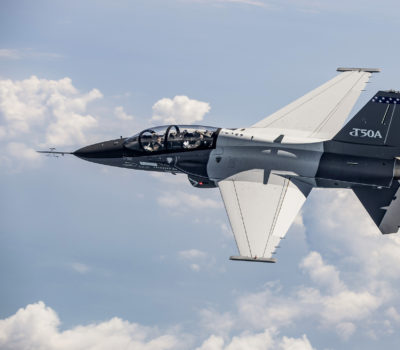 By John A. Tirpak
Lockheed Martin will offer a variant of its T-50A in the competition to build the Air Force's new tactical fighter trainer rather than a clean-sheet design, the company said Dec. 14, insisting it will achieve “competitive pricing” with the aircraft. The jet was second in the T-X competition that Boeing won with a fresh design three years ago. 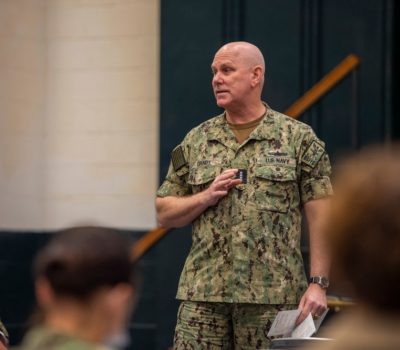 By Greg Hadley
The Senate Armed Services Committee advanced Adm. Christopher W. Grady’s nomination to be Vice Chairman of the Joint Chiefs of Staff on Dec. 14, moving him one step closer to taking on the military’s No. 2 job.

The United States will expand its military and economic relationships with partners in Asia to push back against China’s increasing assertiveness in the Indo-Pacific, U.S. Secretary of State Antony Blinken said Dec. 14. Blinken said the Biden administration is committed to maintaining peace and prosperity in the region and will do that by boosting U.S. alliances, forging new relationships, and ensuring that the U.S. military maintains “its competitive edge.”

“After shocked U.S. leaders decried China’s August flight of a nuclear-capable hypersonic glide vehicle, Beijing’s Ministry of Foreign Affairs tried a head fake, issuing a statement that actually referred to the July test of a reusable spaceplane. Yet even that misdirecting statement contained another attempt at misdirection. While the government described the spaceplane’s flight as a “routine” mission, it was in fact the first successful suborbital flight from launch to landing, a crucial step in the advancement toward a game-changing technology. Hypersonics may be getting more of the recent attention, but the spaceplane work is an area of both economic and national security significance,” write Daniel Shats, a research analyst with D.C. defense- and tech-focused consulting firm BluePath Labs, and Peter W. Singer, strategist at New America and the author of multiple books on technology and security.

Congress is poised to pass legislation that would demand more oversight of military jet ejection seats and pilot breathing systems, hoping to prevent further related accidents and deaths. The latest version of the fiscal 2022 defense policy bill, which passed the House on Dec. 8 and awaits a vote in the Senate as soon as this week, would require the Air Force and Navy to report to lawmakers on the state of their ejection seats.

The United States is testing satellite resiliency to threats from China and Russia miles above the Earth's surface just weeks after Russia shot down an aging communications satellite. The computer-aided simulations included potential shooting down of U.S. missile-tracking satellites, satellite jamming, and other electronic warfare "effects" that are possible tactics in space warfare. Actual satellites are not used.

“With congressional leadership urging quick passage of the current House version of the National Defense Authorization Act with no further amendments, changes to the military justice system contained in the bill will likely become law. Although Sen. Kirsten Gillibrand and other reform advocates have expressed severe dissatisfaction with the final outcome, the measures projected to be adopted by Congress represent a fair and practical compromise on a number of issues. The most significant of these, of course, is authority to initiate (“prefer”) criminal charges for covered offenses and refer those offenses to court-martial,” writes Brian L. Cox, a former Soldier and current doctoral candidate lecturer at Cornell Law School.

Kayhan Space, a startup based in Boulder, Colo., announced Dec. 14 it has closed a $3.75 million seed funding round. The company developed a space traffic control system for satellite operators to help prevent collisions in Earth’s orbit. The funding round was co-led by Initialized Capital and Root Ventures, with participation from Overline venture capital and Jacob Helberg, a senior adviser at the Stanford University Center on Geopolitics and Technology.

While the Trump administration had delivered major spending increases for the Pentagon, the military’s projections for fiscal year 2022 were essentially flat. With the Democratic administration of President Joe Biden coming in with a domestic focus following the COVID-19 pandemic, the assumption in the defense community was that even staying flat would be a win for the military’s budget. Except a funny thing happened: The Democratically-controlled Congress stepped in and increased spending in the National Defense Authorization Act by $25 billion. That increase was a strong sign for Tom Arseneault, the CEO of BAE Systems, to start to breathe easier about where defense spending may be headed.

Michael Nesmith might be best known as a member of '60s rock sensation The Monkees, but the Air Force veteran led an inventive and fascinating life outside of his time with the band. Let's pay tribute to Nesmith, who died Dec. 10, 2021, at age 78.