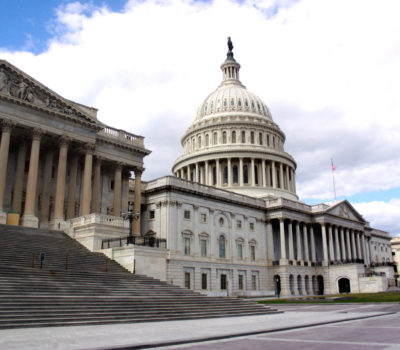 By Greg Hadley
Leaders from the Senate and House Armed Services committees unveiled a new 2022 National Defense Authorization Act on Dec. 7 in a bid to overcome gridlock and hasten the passage of the annual policy bill. The new bill, passed by the House that night, combines elements of a version passed by the full House earlier and a version agreed to in the Senate Armed Services Committee, both in September. It also incorporates some of hundreds of amendments proposed by senators after the SASC reported the bill to the full chamber. 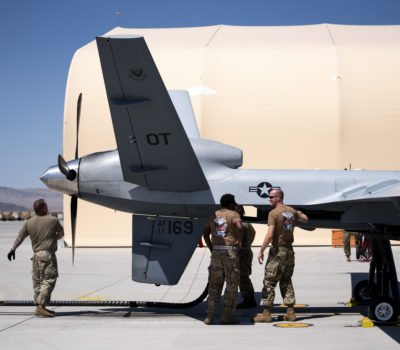 By John A. Tirpak
The Air Force demonstrated that it can operate the remotely-piloted MQ-9 Reaper in long-range flights in the Pacific using limited ground support gear and non-specialist ground personnel. The demonstration provided a boost for its agile combat employment concept, the service said Dec. 7. The deployment required only seven people and a half-pallet of equipment. 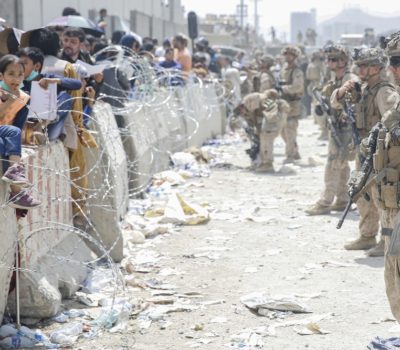 Afghanistan, Politics Lead to Decline in Public Trust of Military

By Greg Hadley
Americans’ trust and confidence in the U.S. military has declined precipitously in recent months, according to the results of a survey. Experts lay the blame on increasing political polarization and the fallout from this summer’s turbulent withdrawal from Afghanistan. 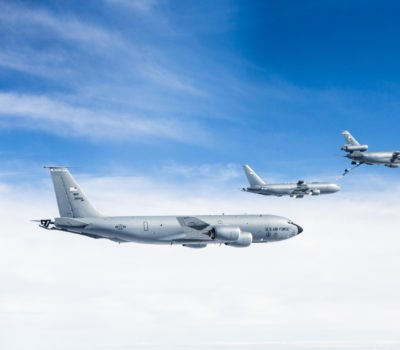 By John A. Tirpak
The KC-46A can now pass fuel to almost 70 percent of aircraft that request aerial refueling, Air Mobility Command announced. The newest aircraft on the list include C-130 Special Operations variants, the C-5M Super Galaxy, and the E-3G Sentry AWACS.

In an interview with Defense One, Defense Secretary Lloyd J. Austin III revealed a bit of his thinking on Ukraine and Taiwan, two fronts where U.S. policy about direct military intervention is not clear and where Russia and China are now testing the edges.

Congress Drops Effort to Add Women to the Draft

Women will not have to sign up for a potential draft anytime soon after an effort to add them to the Selective Service System was dropped from the compromise version of the National Defense Authorization Act, or NDAA, that was released Dec. 7.

There are tactical reasons for threatening an invasion, but the real cause may lie in the Kremlin’s fixation with righting what it sees as a historical injustice.

An Airman died and two others were injured in a June Humvee accident when their vehicle rolled over during training in Kansas, throwing the unrestrained passengers to the ground, according to the results of an Air Force investigation published Dec. 3.

What Would it Take to Defend Ukraine? Potentially, Billions of Dollars.

As Russia moves forces to the borders of Ukraine, voices in the United States and Europe are calling for their governments to help the Ukrainians defend themselves. Most of these commentators limit their recommendations to training and equipment support, but some would extend a security guarantee to Ukraine, even making it a member of NATO.

The Missile Defense Agency has finished installing radar arrays and wrapped up military construction for the Long-Range Discrimination Radar at Clear Air Force Station, Alaska, declaring the initial fielding of the radar. Now the agency will integrate the radar into the Ground-Based Midcourse Defense system and the Command and Control, Battle Management and Communications system during 2022 in preparation for formal operational acceptance by the Air Force in 2023.

Japanese Prime Minister Fumio Kishida vowed to strengthen the country's defenses by looking into options including acquiring the capability to strike enemy bases as it deals with an assertive China and unpredictable North Korea.

The United Arab Emirates defence ministry said its purchase of French Rafale fighter jets would complement its planned deal to buy American F-35 warplanes, which has slowed due to Washington's concerns over Abu Dhabi's relationship with China.

The United States observed the 80th anniversary of Japan’s attack on the naval base in Pearl Harbor, Hawaii—which killed over 2,300 people and shook the nation, leading it to join World War II—in ceremonies across the country Tuesday.