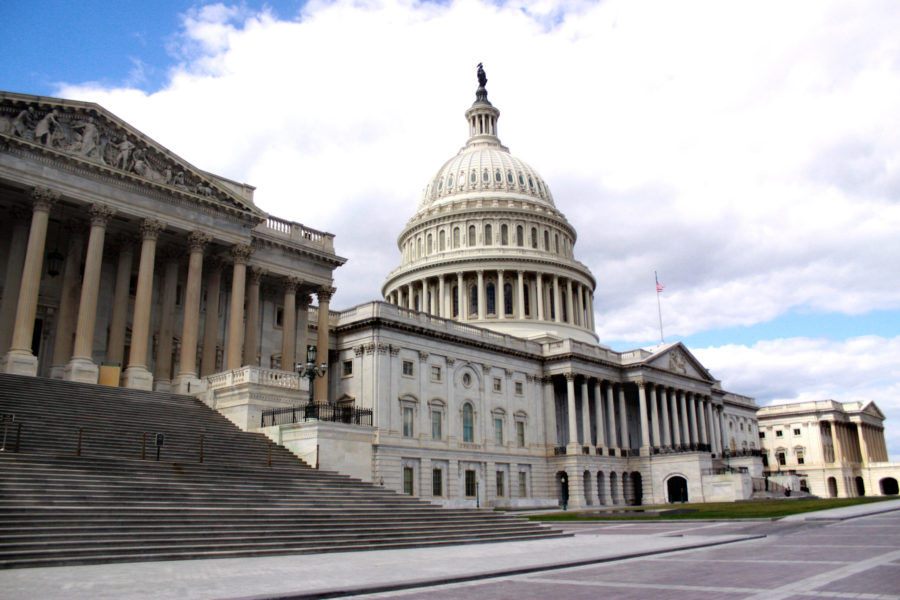 Editor’s note: The House of Representatives passed the compromise 2022 National Defense Authorization Act the night of Dec. 7 by a vote of 363 to 70.

Leaders from the House and Senate Armed Services committees unveiled a revised 2022 National Defense Authorization Act on Dec. 7 in a bid to overcome gridlock and ensure the passage of the annual policy bill.

The new bill combines elements of a version passed by the full House and a version agreed to in the Senate Armed Services Committee, both in September. The 2022 NDAA also incorporates some of the hundreds of amendments proposed by senators after the SASC reported the bill to the full chamber.

The new bill authorizes $768 billion in spending, $740.3 billion for the Defense Department in line with the House and the SASC-approved draft and above the $715 billion defense budget requested by President Joe Biden.

The compromise bill includes a significant overhaul of the Uniform Code of Military Justice to remove the decision to prosecute certain crimes from the chain of command. One provision that was left out in the new draft would have required women to register for the draft.

For the Air Force, the new bill funds the service’s request to procure 48 new F-35s and adds five F-15EXs to an initial request for 12. It also prohibits USAF from retiring any A-10s while allowing the service to retire certain C-130s, KC-10s, and KC-135s.

In recent weeks, the Senate has struggled to pass its version of the 2022 NDAA quickly, with a majority of Senators voting against ending debate. Some lawmakers accused Majority Leader Sen. Chuck Schumer (D-N.Y.) of trying to jam the bill through without enough time for consideration and amendment votes. Schumer had sparked bipartisan criticism by waiting weeks to bring the bill to the main Senate floor.

Those delays, combined with a conference between the Senate and House to resolve the differences between the two versions of the bill, would likely have pushed NDAA passage into 2022. Instead, the version made public Dec. 7 resolved differences outside of the conference process with the goal of passing the bill before Jan. 1, a Senate aide told Air Force Magazine.

The chairs and ranking members of the House and Senate Armed Services committees, Reps. Adam Smith (D-Wash.) and Mike Rogers (R-Ala.) along with Sens. Jack Reed (D-R.I.) and Jim Inhofe (R-Okla.) oversaw the negotiations that led to the new bill.

“We are pleased to announce we’ve come to a bipartisan, bicameral agreement on this year’s National Defense Authorization Act. This year’s agreement continues the Armed Services Committees’ 61-year tradition of working together to support our troops and strengthen national security. We urge Congress to pass the NDAA quickly and the President to sign it when it reaches his desk,” the group of four said in a press release.

Within a few hours of the bill’s unveiling, Speaker Nancy Pelosi announced in a “Dear Colleague” letter that the House will vote on the new NDAA the same night.

How quickly the compromise NDAA bill will advance in the Senate remains to be seen. Schumer is still pushing hard for the Senate to pass President Joe Biden’s signature spending bill, the Build Back Better Act, by Christmas. At the same time, lawmakers are still working to raise the debt limit and avoid a default, with an estimated deadline of Dec. 15. The legislative calendar tentatively calls for both chambers to recess starting Dec. 11.

Congressional leaders frequently point to the six decades of NDAA passage, but there have been instances of the bill not being enacted until a new calendar year. Most recently, the Senate voted to override a presidential veto on the fiscal 2021 bill on Jan. 1, 2021. The fiscal 2013, 2011, 2008, and 2006 bills were all enacted after the new year as well.

Pentagon leaders have raised additional concerns in recent days about the use of continuing resolutions to fund the government.

While NDAAs set policy and authorize funds, they do not appropriate the money the Defense Department spends. Continuing resolutions keep the government open, but at the previous year’s spending levels. The current CR runs through mid-February, and some have suggested a full yearlong CR is possible, prompting Defense Secretary Lloyd J. Austin III to issue a statement Dec. 6 saying such a move would cause “enormous, if not irreparable, damage” to national defense priorities.