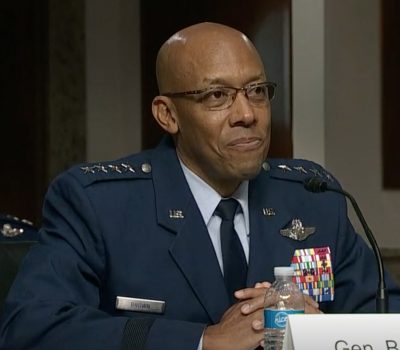 By Rachel S. Cohen
Senators confirmed Air Force Gen. Charles Q. Brown Jr. as the first black military service chief in American history in a 98-0 vote June 9. Brown, the decorated four-star general in charge of Pacific Air Forces, is expected to begin his four-year term as the Air Force’s top uniformed officer later this summer. His confirmation comes as the military responds to nationwide protests over police brutality and systemic racism, spurred by George Floyd’s death in Minnesota last month. He has pledged to carry out the service’s sweeping modernization plan while continuing to fight insurgents in the Middle East and Africa and posturing against Russia and China—all while adjusting to life during the coronavirus pandemic. 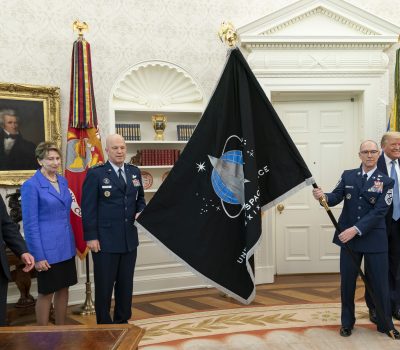 By Rachel S. Cohen
More than 8,500 Airmen applied to formally transfer into the Space Force during the month of May, about half the number of people who currently work for the fledgling service. Space Force officials will choose about 6,000 of those satellite operators, intelligence analysts, cyber professionals, and others to join the service for a two-year term, according to a June 9 release. A Space Force spokesperson did not immediately answer how many Airmen were eligible to apply in the first, and likely only, transfer window for Active-duty USAF officers and enlisted personnel. 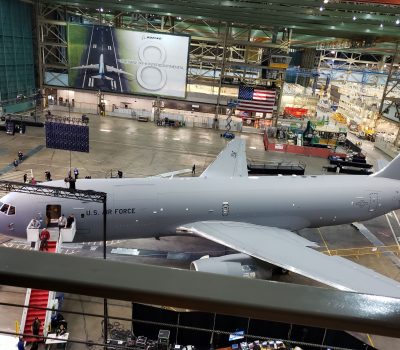 By Brian W. Everstine
The Air Force has officially delayed the KC-46’s full-rate production decision milestone until 2024 as the next-generation tanker works through problems plaguing its Remote Vision System, the service announced June 8. The Air Force and the Pentagon’s Director of Operational Test and Evaluation decided the KC-46’s initial operational test and evaluation will only conclude after the RVS deficiencies are resolved, and the Air Force Operational Test and Evaluation Center has tested the aircraft in its final production configuration, the service said in a statement. KC-46 was originally slated to reach full-rate production in June 2017, but that date has been pushed back multiple times. The latest delay will not add any “contractual cost or delivery impacts,” the service said. 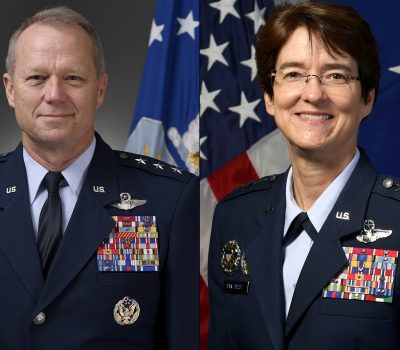 By Brian W. Everstine
President Donald Trump has nominated Lt. Gen. Mark Kelly to receive his fourth star and take over as commander of ACC and Lt. Gen. Jacqueline Van Ovost to receive her fourth star and take over as commander of AMC. Kelley is the deputy chief of staff of operations at Headquarters Air Force. He has previously served as the commander of 12th Air Force, 9th Air Force, the 455th Air Expeditionary Wing in Afghanistan, and the 354th Fighter Wing at Eielson Air Force Base, Alaska. Van Ovost is the deputy commander at AMC and previously has served as the director of staff at Headquarters Air Force and the director of the Joint Staff. She has also served as the vice commander of the U.S. Air Force Expeditionary Center and led the 89th Airlift Wing at Joint Base Andrews, Md. 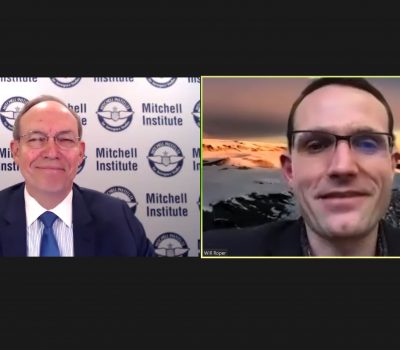 By John A. Tirpak
The Next-Generation Air Dominance program's acquisition strategy will be finished this summer, service acquisition chief Will Roper reported June 9 at a Mitchell Institute Aerospace Nation streaming event. He's assigned a team to assess whether the "Digital Century Series" model for the aircraft will cost less than traditional methods. Even if it doesn't, Roper indicated that he will press ahead because it will allow new technology to be added to the aircraft faster, the better to keep up with peer threats. He also discussed concepts of operation for "Skyborg" escort aircraft. 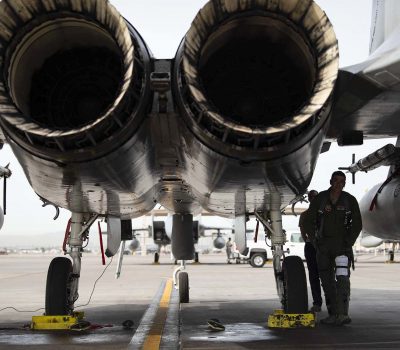 The Defense Innovation Board will meet later this month to discuss autonomous systems as well as the Pentagon's response to the COVID-19 pandemic, according to a notice in June 9’s Federal Register.

A May 29 letter signed by 28 lawmakers asks the Air Force to not cave to pressure to add a third provider in the Phase 2 launch services procurement.

Air Force Folds IT Contracts into $8B Recompete: This Is IT

The Air Force has expanded the scope of an acquisition aimed at consolidating its expiring information sharing systems contracts, and with that expansion comes an $8-billion-to-$10-billion price tag, according to the Air Force’s notice to industry.

Is China Already Inside America’s Hypersonic Industrial Base?

As the Pentagon focuses on developing new technologies such as artificial intelligence and directed energy, Defense Department officials have declared the need to ensure foreign nations are not buying their way into the defense-industrial base. But a new report warns China may already have ownership over a key focus: hypersonic weapons.

Israeli air strikes against targets in Syria may be one of the main reasons for the growing crisis between Russia and Turkey since they’re highlighting the Russian-made S-400 air defense systems may not be as effective as Turkey believed.

“In a nutshell, the Missile Technology Control Regime treats large drones as if they were nuclear missiles—which they are not,” retired USAF Lt. Gen. David Deptula, dean of the Air Force Association’s Mitchell Institute for Aerospace Studies, writes. “As a result, this self-imposed restriction not only limits the sale of large U.S. drones to our friends and allies but pushes them into the arms of foreign suppliers some of whom are potential adversaries. The result is a series of negative consequences for the U.S.”

U.S. Coast Guard Adm. Karl Schultz explains how his service is responding to growing access to the Arctic, which is quickly becoming a place where Russia, China, and the United States compete and try to outmaneuver one another. David Auerswald of the National War College and Abbie Tingstad of the RAND Corporation also make an appearance on the episode.

The Air Force is a step closer to finalizing the design for its fourth- and fifth-generation advanced pilot trainer, the T-7A Red Hawk. Boeing and USAF recently conducted both the Aircraft Critical Design Review and overall System CDR during a three-day summit culminating 18 months of development work on the program.

Lawsuit Against SecDef Dropped After Transgender Sailor Gets Waiver to Serve

The Navy has issued a waiver allowing a transgender lieutenant to continue to serve openly as a woman, despite a military policy that could have resulted in her discharge.

While the Veterans Affairs Department’s rollout of a new electronic health record system has been waylaid by a number of issues—insufficient infrastructure, piecemeal training and a pandemic—the process for figuring out how to configure the new system has gone well, according to a report from the Government Accountability Office. However, key stakeholders have been underrepresented on the councils managing that process, according to auditors.

In an effort to minimize the spread of COVID-19 and prioritize the health and safety of participants, Air Force officials have cancelled in-person running of the 2020 Air Force Marathon. For those participants who are registered, the Air Force Marathon team has developed three options to choose from. Additionally, for those who have yet to register, there is still time to sign up to participate in the virtual events.